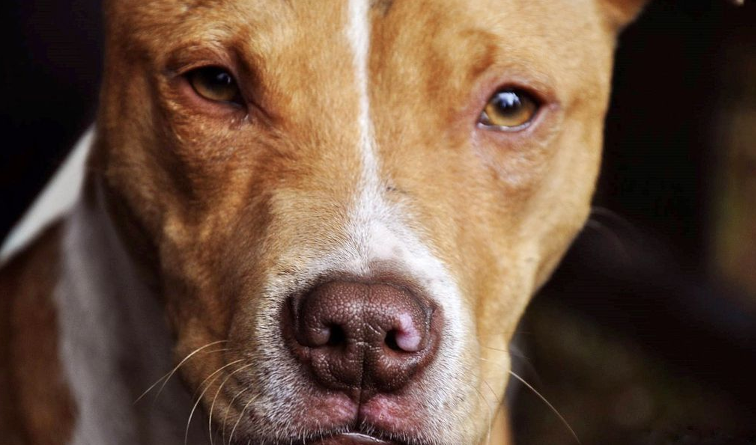 ANIMAL WATCH-A bloody year of Pit Bull attacks on children (and adults) ended with one less death, as an off-duty Boston police officer acted valiantly and instinctively to save the life of a helpless 11-year-old boy being mauled viciously in a backyard, illustrating another reason police departments across the U.S. should not be defunded.

The attack occurred in Dorchester, MA, (a Boston neighborhood) around 12:00 p.m. on December 30. The child can be heard screaming "I don't want to die" in raw audio of police radio transmissions provided in an exclusive report by LiveBoston 617.

The off-duty police officer lives in the community where the attack occurred and, when he heard the screams, he ran immediately to help--jumping over several fences to get to the boy--and radioed for assistance.

Initial reports were that two Pit Bulls were involved but one ran into the house. However, with one dog viciously mauling the child and another reportedly being constrained with the potential of breaking loose to join in, the officer needed to fire at least one shot as a deterrent, which diffused the attack.

Animal control officers were called and they removed the two dogs, which were both impounded. This can be seen on the WHDH News report.

Neighbors said that the dogs were frequently out roaming and had caused on-going fear in the community. One resident provided home-security camera footage showing the two Pit Bulls running down the street and into yards.

The family thanked the officer publicly for saving the boy's life and issued a written statement through WLOX.com, expressing their appreciation for the off-duty officer and all who responded.

“The Rodrigues Rojas family is grateful for the police hero who rescued our son Bramwell. May God pour out all the blessings on his and this family,” the victim’s father stated, “My heart is grateful that all the police officers have done a great job."

Boston Police Commissioner William Gross stated that it is not known how long the attack lasted; but he commended the off-duty officer, saying it was "good that he was there to intervene" and thanked him for "doing the right thing...above and beyond the call of duty and saving the child's life"

Suffolk District Attorney Rachael Rollins said at a media conference that the child was “harmed significantly” but officials are hopeful he will pull through. She said if the officer had not acted quickly, "the outcome could have been very different." 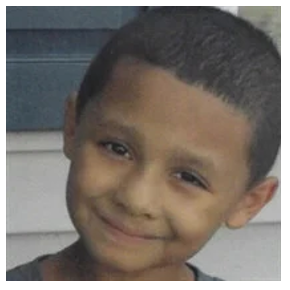 "Witnesses to the fatal mauling said about 15 people watched -- including Javien's mother and his older brother," Dogsbite.org reported. "No one knew how to save him from the jaws of the pit bulls. Five police officers that arrived too late to save Javien are also traumatized and undergoing counseling."

The details of this incident are disturbing. A neighbor, interviewed by NBC Boston, told reporters, "I heard sirens, then I heard something that appeared to be gunshots. That's when I came out here. The neighbors told me that two dogs had devoured a kid. I heard the owner came out and was trying to take the dogs off. They wouldn't listen. I asked if the kid was okay. They said, no, he didn't make it."

Among other twists in this gruesome incident was how the dogs--which were described as behind a dilapidated fence, could have gotten to the child. "Earlier, witnesses gave different accounts of how Javien entered the yard, said Dogsbite.org. One claimed, "he jumped the fence" and another claimed, "The dog grabbed him and pulled him over the fence."

The DogsBite.org report was later updated after Lowell city councilmember Rodney Elliott spoke about the attack on CBS Nightside with Dan Rea. He reportedly said, "the details about how the attack started remained sketchy, but it appeared that Javien went to pat the dogs, who were in the fenced yard, and "The dogs pulled him over the fence."

On a public obituary page inviting personal tributes, Javien's grandmother posted a poem commemorating and celebrating his brief life, writing, "Javien was loved by so many. He was and will always be my sunshine. . . Here is a quote that I found: ‘If the people we love are stolen from us, the way to have them live on is to never stop loving them.’”

A SCOURGE SPREADING AROUND THE WORLD - FROM BOSTON TO AFRICA

The family of Milani Keke, 4, is struggling to accept the loss of their son after he was mauled to death by two pit bulls, reports Myjoyonline.com on January 6, 2021.

The little boy was attacked by the dogs in Gugulethu (South Africa) when he tried to retrieve a ball while playing rugby with friends at home on Sunday, according to numerous news reports.

His mother told the Cape Times, “‘I was here at home when I heard the screams of my daughter crying “Mama come out, Milani is being attacked by dogs.” I ran outside and one was attacking him from the back of his skull while the other barked and ran around him. I ran and tried to jump the fence to save him, but a neighbour grabbed me and pulled me back.’”

The Pit Bulls were impounded by the SPCA as investigations continue. Police spokesperson Sergeant Noloyiso Rwexana confirmed they were investigating the attack.

Ward Councillor Sharon Manata said the community grieved with the family: “Some people are very angry. You ask yourself, in these four-roomed houses that we have what makes a person have such vicious dogs?"

“We don’t have big yards,” she continued, ". . .this innocent child was just playing in the yard of his home and by mistake the ball fell in the next dooryard.

“This child was not even in the yard of these dogs, but they dragged him from the fence," she said. We are crying with the family, crying with the mother who is traumatized by seeing her child being mauled by the dogs. Truly as a community we are shattered."

National Pit Bull Victim Awareness, like Dogsbite.org, reports Pit Bull attacks which are reported by the media. This site also provides searchable MAPS and a DATABASE (including links to the article) for anyone to view attacks in the U.S. and Canada.

In a quick count of Pit Bull attack articles in 2020 contained in the DATABASE,  media outlets reported around 400 incidents (many of which involved multiple victims). Most dog attacks are not reported on news broadcasts or in newspapers. See: NPBVA's Facebook page for recent news.

At least 80 of the 2020 headlines indicated attacks on children. Many other victims were harmless and helpless animals such as ducks and rabbits at a petting zoo. Many occurred while elderly people were walking their pets. Others include K-9's and police officers.

IT IS TIME, AGAIN, TO THANK BOSTON POLICE OFFICERS

Police work is dangerous enough without dog attacks, but increasingly Animal Control departments across the country are dealing with attacking Pit Bulls that require stronger equipment than a rope, clip board, dog spray and a "catch pole" (Animal Control Device).

We can only hope that by the time this thanks to the Boston Police Department and an off-duty police officer  who went "beyond the call of duty" is posted -- the victim, an 11-year-old child named Bramwell, has survived and is recovering.

On January 1, NBC Boston announced that the brown-and-white Pit Bull that "severely injured an 11-year-old boy in a mauling in Boston earlier this week has been euthanized, authorities said Friday."

According to the report, Boston Animal Control the dog's owners agreed to humanely euthanize the dog "due to its condition and reported involvement in the incident."

There was no further information provided on the condition of the victim.

NBC reminds us, "The child could have been killed in the incident if it wasn't for an off-duty police officer who opened fire to stop the attack."