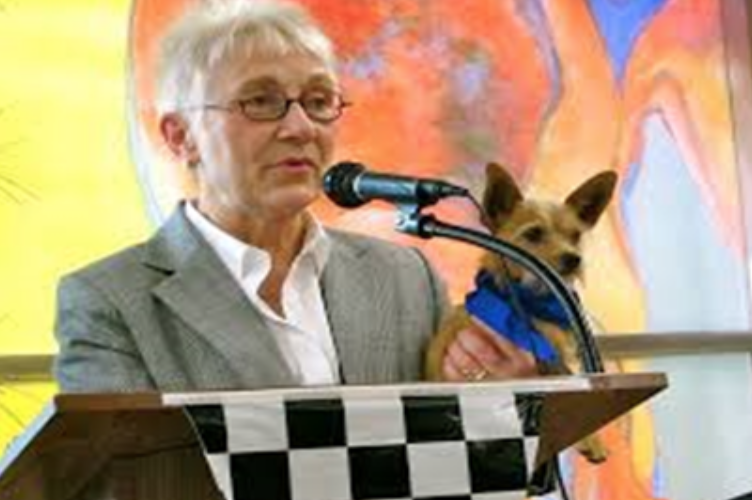 ANIMAL WATCH-LA GM Brenda Barnette's recent shelter statistics make us wonder where the thousands of homeless, unwanted and stray animals that have warranted her $314,000 salary and $48 million budget (including aggressive Pit Bulls and dangerous dogs that attacked 94 people inside the shelters and 74 US Postal Service carriers in 2019) have suddenly gone.

Barnette's own stats show that on July 13, there were only 403 dogs, 293 cats and 103 'other' animals impounded in the entire six city of Los Angeles shelters.

Pre-COVID February totals, alone, showed 1,463 dogs and 664 cats were impounded.  Are we to believe that, as jobs wither away and rents and mortgages are overdue, COVID is creating 2,000 new, suitable foster homes and adoptions per month?

And, if so, what plans are being made to take them back into safe, clean, fully staffed tax-funded animal shelters when this ends?

A local veterinarian recently said he is seeing an increase in adopted pets and one of the main reasons given is boredom with staying at home. However, soon the financial subsides will end and our "new normal," hopefully, will mean people going back to work and a social life.  And, when left alone, any pet can begin to exhibit undesirable behavior and be brought back to the shelter.

"Fostering" also automatically assumes that the arrangement will not be permanent.

Has it been fair to many of these animals to put them in an environment where they are a temporary diversion and may have missed an opportunity for permanent adoption, and to then thrust them back in a shelter environment when it is most crowded?

The option Barnette seems to be counting on -- that the finder, foster or adopter re-homes the pet themselves--‘Finders, Keepers’: LA Doesn’t Want Your Lost Dogs or Cats in City Shelters)--is often not in the best interest of the animal, in that there is no way a private individual can demand valid identification. and authenticate it as a permanent, public records. There have been numerous psychotic animal abusers known to seek victims on Craigslist and other social media sources and some have maimed and/or killed the animal brutally.  An animal shelter has the right to check on an animal's well-being and remove it if necessary.

The shelter also has animal control officers with legal authority to investigate, enforce and make arrests for violation of laws concerning animals.

There is a serious problem also in that a "foster" or "finder" cannot legally transfer ownership because they do not own the animal. Unless the pet is impounded for a legal "hold" period to allow the owner to locate and redeem it, a "rescuer" can be accused of withholding personal property--which, if the owner is known, is theft.T

There is another problem with just passing animals from one home to another, which is that the local animal control agency does not have the opportunity to assure they have vaccinations from diseases--including the deadly rabies virus, which still kills an average of 59,000 humans a year, according to the WHO.  (If rabid wildlife comes in contact with domestic animals and humans, there can be harsh and deadly results.)

The shelter also assures the animal is properly licensed and microchipped BEFORE it leaves the shelter, for permanent identification.

Commission President Larry Gross--who seems to think working taxpayers and property owners are an endless font of money he should spend--is now suggesting there be lowered or no impound/redemption fees charged for these public services at a time when costs are skyrocketing.

(The shelter already has the right to lower charges to a minimum.)

The law requires that public agencies recapture expenses to the full extent possible. If the shelter is deprived of the revenue from fees for its services--which are essential to any community-- the burden of costs for picking up strays or unwanted animals and providing veterinary care and shelter, responding to calls about dog attacks, animal cruelty or injured animals/wildlife from highways and communities and all the services provided by animal control field and shelter staff falls totally upon the taxpaying public.

The lack of any penalty for negligent or intentional acts that result in an animal causing damage or being injured encourages people to be less responsible in caring for and securing their pet(s).

LA ANIMAL SERVICES NO STRANGER TO SIDE DEALING

Brenda Barnette has sought to organize non-profit organizations several times to have money donated to them outside of L.A. Animal Services.  In 2016, Has LA Animal Services Brenda Barnette Crossed the Line with Questionable Fundraising? explains why many activists view Barnette's outside interested as deceitful and potentially destructive

In 2013, beloved 14-year Animal Services Commissioner Kathleen Riordan was suddenly removed from the commission by Mayor Villaraigosa after she opposed Barnette and the Mayor's aide Jim Bickhart’s effort (now political consultant to Councilman Paul Koretz) to receive Commission approval to release what appeared to be a “tailored bid” which would have resulted in turning over all confidential LAAS licensing, adoption and investigation records to an out-of-country "cloud" database system run by an affiliate of Best Friends Animal Society. This would have removed the current secure City-server protection for pet owners and adopters' and potentially allowed their personal information to be sold on email lists.

Merriam Webster defines corruption as, "a departure from the original or from what is pure or correct."

The two proposals that were approved on the July 14 agenda should never have appeared. Both were approved, although Commissioner Jose Sandoval did not vote for the VCA proposal because of his concern for possible lack of full disclosure to low-income pet owners.

This item does not even try to hide the fact that it is a "pay-to-play" arrangement.

VCA (Veterinary clinics) propose to donate" $25,000 per year to the Department of Animal Services to assist with adoptions in return for placing VCA literature (Healthy Star certificates and Care Club brochures) in its adoption packets.

The Healthy Start Certificates will include a free first exam plus $250 in medical services for sick pets, which can be used at VCA hospitals over multiple visits within the first 14 days.

This will also include advertising for the Care Club--a discounted service to assist pets with wellness.

Barnette claimed that the reason she had not succeeded with these offers before was because they involved providing adopters personal information.

Commissioner Gross, who seemed to have studied for this performance, immediately jumped into the amazing benefits to low-income families and how the Department could not deprive those unable to pay for care for their pets of any opportunity.

As soon as any adopter contacts VCA they will be asked for their complete personal and financial information and history. AND this was arranged and promoted by L.A. Animal Services--does Barnette not see the connection?  Or, is she hoping no one else will?

So, even if the Department of Animal Services doesn't write it out for them, they are enabling and participating in a plan to gain confidential information from unsupecting adopters, who trust a government agency when it provides a purported benefit.

This is a violation of the public trust in the most obvious way.  Once these names of adopters are acquired, they are entered into mailing lists which are shared to THE COMPANIES WHICH PROFITED In 2019, when $95.7 billion was spent on pets in the U.S.

The second issue was brought up passionately by Whitney Smith, animal activist and founder of REVA, who pointed out that VCA clinics are extremely expensive and they are not located in South Los Angeles or any surrounding area that would be accessible to low-income owners.

She described this in very vivid terms that indicate this is a trick and not a legitimate offer to help animals.  So did several other knowledgeable commenters.

DOES VCA HAVE ANOTHER GOAL

An article published by Edie Lau in 2014, VCA Inc.: Gentle giant or takeover threat? describes a letter recently mailed to 2,000 proprietors of small veterinary clinics inviting them to consider merging with a neighboring hospital run by VCA Inc. and add to the expanding stable of locations of the largest owner of freestanding veterinary hospitals in the United States.

“By combining your practice with a current VCA Hospital, we remove the burden of day-to-day management, helping you achieve a more balanced lifestyle while you continue to practice veterinary medicine,” the letter read. “If retirement is what you are looking for, a merger with VCA can be your exit strategy," it stated.

"Robert Antin, president, CEO and co-founder of VCA, stated to Lau that the letter represented a “smiley face” topic — a happy example of VCA supporting the veterinary community by providing financial options to its members. The solicitation, he said, is “not contentious.”

"But, it is, Lau contends, "Some veterinarians who received the letter took strong offense. One called the move “somewhat predatory," and another stated, "“It feels like a hostile takeover. They’re taking out anybody who’s competition.”

VCA is owned by Mars, Inc., and a September 2019 article by VIN News, entitled, Mars expands its international veterinary practice ownership, describes how both Banfield and VCA hospitals are owned by this "Pet-care giant," with a "rapidly growing stable of veterinary properties and services around the world," as it added holdings in Japan, Brazil and the UK last year.

There is no question of the quality and competence of care by VCA hospitals, but should it be touted by Brenda Barnette as affordable for low-income pet owners?

When I questioned the services/fees and asked to opt out of the plan they charged me a $225 cancellation fee.

On Feb 18, 2019, we examined the alarming statistics that that 14.4 percent of males and 19.1 percent of females who are veterinarians indicated they have considered suicide.

During the three-month period from the end of November 2017 to mid-February 2018, two beautiful and successful young female veterinarians in Santa Barbara, California, sent shockwaves through their community and industry by committing suicide.

One quote by a female doctor advising students aspiring to enter this profession was, " And to those who are veterinarians in the making: think long and hard about why you want to do this. If you’re here to make money, you are sorely mistaken – expect to have human medical school student loan bills on a salary that is about 25% of what a human doctor makes."

(See:  Suicides by Veterinarians are Rising in the 'No Kill' Era.)

If shelters enter into arrangements that put small local veterinary hospital out of business, we have lost the resource that allows us to help or save the lives of animals that have no other voice than ours.

GM Barnette is now trying to rely on nebulous assertions of decreased staffing and a myriad of confusing explanations--or questions--that restrict her ability to provide animal control services to the City of Los Angeles.

Residents of the West Valley--the area that is home to many horses and miscellaneous farm animals, as well as pets--must not be mislead by the pathos of alleged reduced funding and decreased staff.  The numbers provided show that, even with early-out retirements, the Department of Animal Services--which just hired seven new officers--can serve the City with pre-COVID staffing.

She told the L.A. Animal Services' Commission on July 14 that they are still trying to figure out a plan and are considering two versions, which will be made public for comment.

Barnette stated at the July 14 meeting that the shelter will be "opened in some form."

It has been rumored that the West Valley shelter would not reopen for its original animal control purpose and public  obligations, but that a public-private partnership with another non-profit organization would further reduce services--and provide another gift of public funds to an organization friendly with Mayor Eric Garcetti and Councilman Paul Koretz.

What do you think?