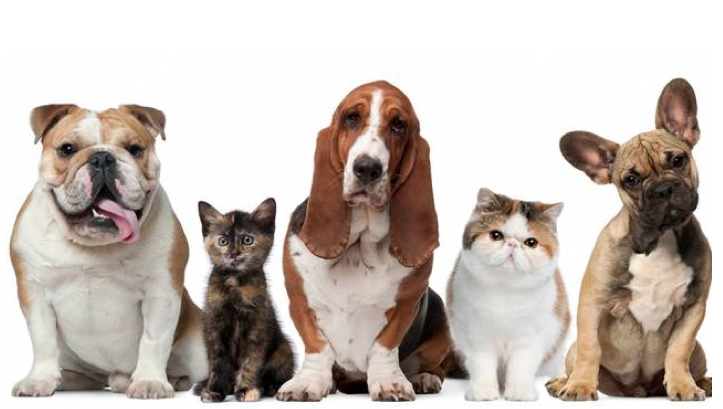 This promise was further described by Best Friends as ensuring "the resources to meet the state’s goal in the Hayden Bill that no healthy or treatable dog or cat is euthanized in an animal shelter.”

As discussed in Best Friends: CA Gov. Newsom's $50M Budget Proposal for No-Kill Was a 'Campaign Promise' – to Whom?, an in-depth search of Gavin Newsom’s many campaign proposals prior to his November 6, 2019, election failed to yield any public mention of such a promise.

In light of the tragic realities resulting from the COVID-19 pandemic -- in addition to the loss of lives -- and the restrictions on employment and commerce which have devastated the State's economy, on May 14, Governor Gavin Newsom issued a revised budget proposal, which states, "Now, our state is in an unprecedented emergency. . .I am proposing a fiscal blueprint to fund our most essential priorities. . ."

WHAT IS AN ‘ANIMAL SHELTER GRANT DEMONSTRATION PROJECT?’

Although this is a paltry 10 percent of the "first step" of a campaign promise, and abandoned and homeless animals in shelters have long been overlooked as a budget priority, this particular "grant" begs a question:

Is this "project" what has been touted by Brenda Barnette since implementing her "Finders, Keepers"  plan as the future of animal sheltering, with the goal of keeping animals out of the shelter?

Dr. Kate Hurley of the Koret School of Veterinary Medicine, who is named to lead this program, has very impressive credentials in shelter medicine, but doesn't appear to have ever actually managed a large municipal shelter or any shelter, and theory and practice are often far removed from each other. There is little public information on her involvement with programs for dogs. The expertise for which she is best known is "The Million Cat Challenge."

Here's how Maddie's Fund discusses 'The Million Cat Challenge’: "Bold initiatives also are keeping pets out of shelters. Several municipal shelters no longer accept healthy stray, feral and surrendered cats if the only possible outcome is death. The Million Cat Challenge Initiative and Trap Neuter Release (TNR) programs are returning cats back to the community before they ever enter a shelter."

This does not mean there is no place for TNR, when the animal is kept by someone who chooses to commit to its care on their property.  But opinions differ on whether it is humane and kind to the anima or the neighborhood to merely dump it at random, as is the result of many of the TNR programs. Although a "caretaker" is always promised in theory, that is not always the reality for these animals left to fend for themselves in the hostile streets of a city.

WAS THE PROPOSED $50M REAL -- OR WERE ANIMAL GROUPS DUPED?

So, did the Governor really intend for $50-million to go into researching "community cat" TNR programs (Trap-Neuter Release) and "shelter-at-home" plans, designed to stop lost or stray animals from entering the shelters where owners can find them? Or was it a clever political ploy when he was under pressure from an opposition group asking for his "recall."

It wouldn't be the first time a politician seeking endorsements and financial support made a promise he/she knew would not make it through the CA Legislature.

However, Newsom is politically astute, so he left the crumb-trail that will guarantee these organizations' support in anticipation of future benefits of his re-election. A highly publicized announcement of appreciation by major animal groups with millions of donors and followers can be very influential on voting.

HOW IS BRENDA BARNETTE HANDLING THE CITY'S ANIMAL PROBLEMS?

The City of Los Angeles is engrossed in a myriad of animal problems resulting from GM Brenda Barnette's efforts to avoid following laws related to sound animal management.

LA City has committed to spay/neuter 20,000 stray/wild/feral cats per year for 30 years. At an estimated $100/surgery, the cost would be $2 million annually, or $60 million over the life of the project.

It has already spent over $1.5 million for an EIR (Environmental Impact Report) to attempt to overturn a legal injunction obtained by the Urban Wildlands Group,  based on the negative impact of TNR (trap-neuter-release) of feral cats on birds and other wildlife and the environment and barring the expenditure of City funds to spay/neuter feral cats. The City is also denying that there would be any health or safety threats from releasing feral cats into Los Angeles' streets and communities.

Los Angeles does not keep a record of attacks on the public, but IT is the #2 city in the United States in dog-bites to USPS mail carriers--increasing from 60 IN 2018 to 74 in 2019--and had a 59% increase (from 59 to 94) in attacks inside the LA Animal Services shelters on the public, volunteers and staff in 2019.  (See:  Dog Attacks on LA Mail Carriers Soar in 2019 as Animal Services GM Brenda Barnette Plays 'Political Influencer'.)

Barnette also has recently come under fire by documented public complaints from a knowledgeable and very vocal group of experienced, long-time volunteers at the West Valley shelter, who assert that decisions made personally by Barnette have caused -- and are currently causing -- serious conditions of cruelty to animals (they do not allege wrongdoing by employees).

Their unrelenting claims are gaining increasing attention and concern by some of Barnette's formerly staunch supporters and extending to the LA Animal Services Commission and Mayor Garcetti for failing to demand an impartial investigation.

BRENDA BARNETTE'S PLAN FOR THE FUTURE OF LA ANIMAL SERVICES

Few people listen to -- and far fewer attend -- the Los Angeles Animal Services Commission meetings and, thus, GM Brenda Barnette's ineffective, irrational or harmful plans for animal control in the city fall on deaf ears (the City Council offices that have the on-air meetings broadcast and often the Commission) and she does great PR in calling very dangerous programs "lifesaving."

Anyone unfamiliar with sheltering (including the Commission) may not realize that Barnette is openly revealing a plan that will "empty the shelters" and intentionally leave lost and stray dogs, cats and other pets in the streets.

The Commissioners ask no meaningful questions and when Barnette gives them dubious responses, rather than challenging her, they thank her profusely and almost apologize for inquiring! There is never a debate over her response nor any  debate over  her statements.

BARNETTE INTENDS TO 'LIMIT INTAKE OF ANIMALS' AFTER COVID-19

Volunteers and employees of LA Animal Services are now expressing serious concerns about Barnette's refusal to discuss the re-opening of the West Valley shelter and the rumors that there is a plan to turn it over to a "rescue organization," rent-free, as was done with the Mission shelter, which has become a Best Friends marketing center and adoption center, free of rent by the City.

The rumor includes that Best Friends, with which Barnette is closely allied, may create a second headquarters at West Valley, but that is just speculation.

However, these arrangements with non-profit groups leave the surrounding communities with no animal control/law enforcement and the “limited intake” will result in more pets not getting home, more animals being hit by cars, and more attacks on humans and other animals. It also increases the risk of spread of infectious diseases, including rabies.

If animal control officers are sent from other districts, this slows down response to emergency situations all over the city. Failing to impound also decreases the City's revenue for providing animal-control services and makes the budget a burden on the taxpayers.

THE NIGHTMARE IN AUSTIN -- THE FUTURE OF LOS ANGELES?

An alarming June 17, Fox 7 news report,  Austin Animal Center's policy limiting intake of strays could be here to stay, is written from the same script LAAS General Manager Brenda Barnette recites  and repeats at the Commission meetings recently. Here's how it reads:

"An internal memo from late April shared with FOX 7 Austin shows Austin Animal Center chief Don Bland outlining plans for the shelter's future. Those plans include turning away strays, and only taking in sick and injured animals and those with serious behavioral problems. The plans are based on a model American Pets Alive!, a national nonprofit, is rolling out."

The manager of the Austin shelter advised FOX7, ". . .the shelter is seriously limiting its intake of strays. "It's about trying nationally to have shelters only sheltering in house, in brick-and-mortar centers, animals that truly need help because of either behavior issues, or health issues or age issues."

". . .the shelter is asking that the public help stray animals find their way home or let them try on their own, citing a recent study showing that community members are more than twice as likely to get a pet home than the shelter is."

The bottom line of the Austin interview was this statement:

". . .if all options have been exhausted, the shelter is accepting strays. But with limited intake appointments, getting a stray into the shelter could take time, leaving it in the care of a good Samaritan for weeks."

A volunteer responded, "Animals are gonna be left on the street, people are not gonna have the ability to get these animals to a safe place the community is going to be left doing the job that Austin Animal Center is paid to do."

NOTE: If you care at all about the future of animals and the current safety of your pets, please listen to the last few LA Animal Services Commission meetings and you will hear these same words from GM Brenda Barnette.

Barnette claims that  there are only a few animals now impounded (stats are available on the LA Animal Services' website) and the shelters are still closed -- purportedly due to the COVID-19 dangers.

Employees are asking, "Where are the animals? Prior to the closure for COVID, all six shelters were filled to capacity. The statistics on adoptions do not equal the number of animals that would have entered the shelter in the extended closure period, and are we to really believe that thousands of responsible "fosters" just magically appeared? Or are animals being hoarded, warehoused, or transported and where are they now?

An audit needs to be performed on every animal that has been released by LA Animal Services under this "emergency" situation.

Barnette announced at the last Commission meeting that the City is offering an "early out" for those eligible for retirement. She stated -- possibly as an excuse for not reopening the West Valley shelter -- that 40 employees from her approximately 400 Animal Services complement would be eligible.

However, trusted sources (inside and outside LAAS) confirmed that number is less than 20 eligible from LAAS. None are Animal Care Technicians (who care for the animals in the shelter) and, although seven (7) Animal Control Officers are eligible, seven (7) new ACO's were just hired.

Thus, staffing at LA Animal Services' shelters would be maintained at its recent (pre-COVID-19) operative level, with all six shelters open -- and services to the animals and the public would NOT be affected, the sources say.

If GM Barnette is intending to decrease the workload and responses by LA Animal Services, including not picking up animals that are starving and wandering in the streets or unwanted animals in homes that are requested to be picked up (and may soon be  abandoned),  and to continue requiring appointments for people to surrender animals, and follow all the other senseless and irresponsible theories of the PetsAlive programs, isn't it time to ask for her resignation or defund  the over-$48 million budget of LA Animal Services?

Los Angeles deserves a General Manager who can think for him/herself. The entire overstaffed upper level of LA Animal Services should be replaced with people who know and enforce laws, uphold health and safety requirements and care about the welfare of animals and humans.

Animals are not ploys to be used for political favors by Governor Newsom, Mayor Garcetti or GM Brenda Barnette.