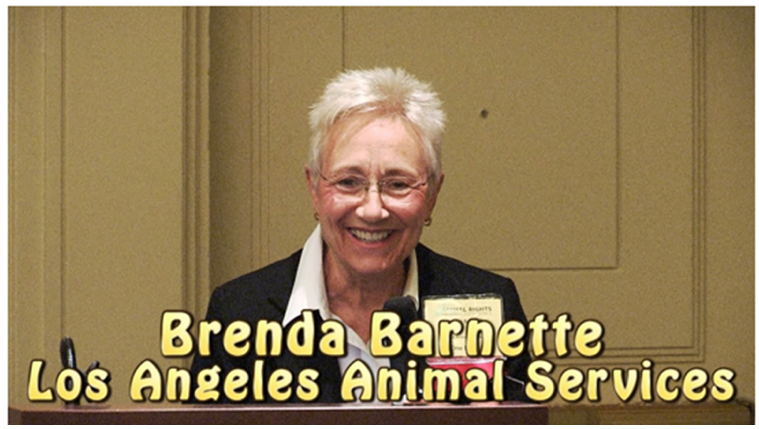 This was up from 59 in 2018 and is more than a 59% increase. The victims were the public, volunteers, and employees.

ARE DOG ATTACKS/BITES THE ‘NEW NORMAL’ AT LA CITY SHELTERS?

Following is an excerpt from the official stats compiled by Los Angeles Animal Services:

(Anyone who wants to see this full report which breaks down attacks by shelter can contact me through editor@citywatchla.com.)

GM  Barnette's solution offered at the April 28 meeting that the Department is involving employees in a better safety program after LAAS upper-level managers are sent to the $23,000 "Leadership" training,  paid from Animal Welfare Trust Fund money (donations and bequests made for direct care of LA's shelter animals.) Here's the link.

Shelter and employee safety has never been a priority for GM Barnette, who was giddy about working with the Mayor's Office to spend $1,454,000 of the almost $4 million in the Animal Welfare Trust Fund on a contract for new "branding" and a new website to attract bigger donations.

Barnette announced on March 10 that the bids for the "rebranding" contract resulted in selection of THE GLUE, LLC for marketing, fundraising, public relations and website development and management." The posting resulted in eight bidders and a selection was made of the "lowest and most qualified bidder."

She emphasized that the Mayor's Office has been directly involved in getting the original bid lowered from $2.4 million to $1, 545,000, and that this is an all-women owned business.

"The Mayor plans to form a foundation for this organization," LA Animal Services GM Brenda Barnette stated at the meeting.

She also reminded attendees that the money brought in for the AWTF would be under the jurisdiction of the City, "the Commission, Personnel and Animal Welfare Committee and the Council."  (Was that supposed to reassure us?)

There are some unanswered questions for readers:

I would have asked the City Attorney but considering that office just attempted to deny access to OSHA reports, it would be a waste of time. Besides, a high-ranking City Attorney Deputy told me not long ago that their office no longer issues opinions.

(1) Why is the Mayor's office negotiating the contract for a City Department? Isn't he supposed to remain neutral until the bid has been awarded on the merit and price and it comes to him for final approval? Does his interjection into this contract to develop fundraising taint this contract or constitute a violation of ethics or law?

(2) Can the Mayor (or anyone else) use Animal Welfare Trust Fund donated money to start a separate fundraising vehicle, i.e., a "Foundation" in his office, separate from the AWTF and not overseen by auditors or any other City officials?

(3) Was it legal to have the Mayor's Office "negotiate" with a bidder to lower the price and adjust services to be provided AFTER the bidding was closed but BEFORE an award was made and reducing that company's bid from $248 million to $1,545 million BEFORE the bid is awarded?

(4) DON'T ALL BIDDERS legally need to be notified and the bidding re-opened if a closed contract is being CHANGED BEFORE AWARD, so they have an equal opportunity to revise their bid?

Or, was the desired winner already decided?

WHAT MADE THE GLUE, LLC, MOST QUALIFIED?

According to Asst. GM Tammy Watson, "The GLUE, LLC has created the sites for LA Dept. of Transportation and the Port of LA and Pasadena Water and Power."

However, there was no indication of this company ever having done a fundraising or animal-related site, and, in fact, the representatives that appeared at the meeting admitted that it would take one-year of research and analysis of potential markets/donors BEFORE a website would be up.

Are we to believe that none of the other professionals who bid had any animal-related fundraising/ advertising experience?

Barnette added that she "would like to emphasize that she is working closely with two people in the Mayor's office on this  --one with fundraising experience and with expertise in web development -- to decide what is appropriate for the Department."

Isn't that what we pay Brenda Barnette to know? Earlier she said this "rebranding" and website would be to develop "high-end" donors, but at this meeting stated that most of the donors are ordinary people who send in donations.

It shouldn't be too hard to explain why homeless, abandoned, stray, neglected and abused animals need help…if that is, in fact, the goal.

The perspective that seems to be lost here is that this is an animal shelter (not a glitzy theatre event or a private humane society.) It is a tax-funded -- almost $50 million next year. It takes in the dirty, sick, injured, frightened, parasite-infested, unpredictable, and often dangerous animals that are unwanted. Some have been lost or deliberately abandoned -- many will need to be humanely euthanized or will die in this facility from pre-existing conditions. This does not mean they are not deserving of every kindness and the best care that can be provided.

Money is also needed to arrange venues where the adoptable animals can be seen by the public -- away from the shelter setting.

BUT, this tragedy MUST NOT be exploited by politicians or those who make major donations in order to gain access to identities/contact information of new adopters, arranged by the City and usually offering a free or discounted gift/service to which a reply is requested/necessary and the email address is provided (along with a small consent note that the addressee may be contacted regarding other offerings.)

WHO IS THE GLUE, LLC?

FEB 21, 2013. "ARTICLES OF ORGANIZATION OF A LIMITED LIABILITY COMPANY (LLC)" first filed on Filed by KARLA FIGUEROA, ASSISTANT SECRETARY, LegalZoom.Com, Inc.  (There is no other identifiable name on the form.)

No subsequent filing -- including NO FILING OF THE STATEMENT OF INFORMATION REQUIRED EVERY TWO YEARS.

The Glue is estimated to generate $280,124 in annual revenues and hire approximately three people.

This is a women-owned and operated business. (It appears to have only one owner -- Neille Llel.)

WOMEN OWNED:  The Organization is mentioned as a member of the WBENC (Women's Business Enterprise National Council, founded in 1997.)

HOWEVER, ZOOMINFO states: The Glue lists its contact profiles as TIM MORAWETZ, Principal (updated 12/18/2019) and CHRISTOPHER ARENDT, Senior Web Developer, and Rachael Harper (no job title) both updated on 1/10/2020.

UNIQUE SPACE WEBSITE, 1275 E. Sixth Street, Los Angeles, lists "THE GLUE, LLC" as a "PAST TENANT."  (This is the address on the City's business license site for The Glue, LLC.)

WHY DO LA RESIDENTS DONATE TO LA ANIMAL SERVICES?

Los Angeles residents at all income and educational levels are satisfied just to get a distress call answered quickly and efficiently, or when a fully trained, competent and kind Animal Control Officer appears promptly to pick up an injured animal in the street, stop the threat of an attack by Pit Bulls endangering a community, transport a stray or lost pet to the shelter where its owner can find it, or get spay/neuter assistance or license a dog.

All these services cause them to include an extra amount to the Animal Welfare Trust Fund or Pet Sterilization Fund. Other non-corporate donors are those who leave (often large) amounts of money because -- until GM Barnette and Councilman Paul Koretz changed the restrictions--this fund was totally limited to use for the direct care of animals and shelters.

The websites constructed by THE GLUE, LLC, are fast-paced, technically sophisticated and geared toward providing  transit and utility information. Does this seem like the warm, fuzzy "brand" LA Animal Services needs to convey?

The average person who contacts the Department of Animal Services is not looking for entertainment or flash. They want an easy directory. Many are recent immigrants who need answers to basic questions translated by one click to access multiple languages. A large number of pet owners in Los Angeles do not have smart phones nor do they install City apps. Some do not even have computers, so an efficient phone system should also be a priority.

Service is the reason they want to donate; however, under GM Barnette field services for 4.9 million people are provided 24/7 by only 55 Animal Control Officers, although more positions were available in the LAAS annual budget. She stated at the meeting that these few officers (minus those on leave) responded to over 45,000 calls last year. Slow service or no response because of work overload cannot be remedied by a website or "branding."

Major foundations and high-end/celebrity donors the Mayor apparently intends to target did not become wealthy by giving things away. They come with a cost -- an agreement that their donation/investment will pay off.

Large donations to animal agencies such as LA Animal Services can mean electronic access to provide a product or service to pet owners. This solicits response from the recipient of a "free" offer and provides their email address -- which is especially valuable from first-time pet adopters.

Why would foundations and major non-profit organizations want this information?

In 2019, $95.7 billion was spent on pets in the U.S., according to the Pet Industry Market Size & Ownership Statistics.

Big donations to LA Animal Services and/or Mayor Eric Garcetti will always come with an expectation (or promise) of something in return. The Commission, Councilmember Paul Koretz and the City Council all know this and vote "Aye" without exception.

Controller Ron Galperin is being termed out and Paul Koretz wants to be our next Controller, with oversight of the City's budget. He is a close ally of the Mayor.

The people of Los Angeles need to be aware and watchful of any new "foundation" or fundraising effort in the name of animals. Is the money being spent on the shelters and the animals in need or just creating another political 'slush-fund?'