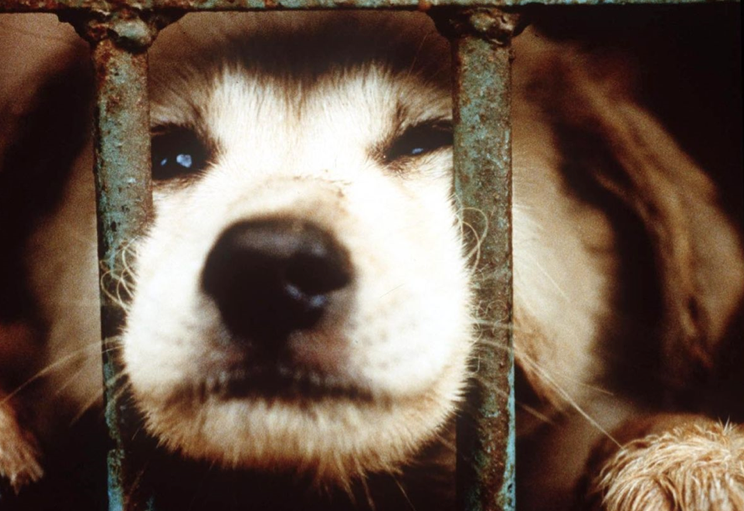 ANIMAL WATCH-"Dogs should be treated as pets, not livestock," the Chinese government announced in a public document on April 8, filling the hearts of animal activists with hope that the brutal dog-meat trade will end in the world's third-largest country.

China had already banned the sale of wild animals and eating of non-aquatic wild animals in late February, under pressure from worldwide concerns that the virus behind COVID-19 had found an intermediary in a species at the Hunan Seafood Market and jumped to humans, Bloomberg News explained.

That ban caused confusion, however, because it lacked a clear classification of which animals were prohibited for sale. Now, the Ministry of Agriculture and Rural Affairs has specifically excluded dogs from a draft list of livestock allowed to be used for consumption. (Cats were not mentioned on the list but will reportedly fall under the same provisions as dogs.)

The list, published on Wednesday and open for comment until May 8, mentions 31 species and breeds including pigs, cows, chickens, rabbits and camels as well as "special livestock," such as reindeer and ostriches, which are either allowed to be raised for consumption, for their pelts, or other reasons.

Although dog meat is still consumed by some Chinese people in certain regions, the Ministry of Agriculture and Rural Affairs said they have excluded them from the draft list because "dogs have evolved from traditional livestock to companion animals."

“With the progress of human civilization and the public’s concern and preference for animal protection, dogs have changed from traditional domestic animals to companion animals,” China’s Ministry of Agriculture and Rural Affairs stated," according to the Guardian.

According to Humane Society International, more than 90.49 million dogs and cats are kept as pets in China, compared to an estimated 10 million dogs killed annually in the meat trade.

Shenzhen, in southern China, banned the production and consumption of dog and cat meat earlier this month.

Wendy Higgins of Humane Society International, stated, “Tens of millions of dogs and cats every year, mostly stolen pets, suffer the agonies of the brutal meat trade, and there is no greater desire to see it end than among Chinese animal groups and animal lovers themselves."

“Not only does it cause enormous animal suffering, but it is also almost entirely fueled by crime and, perhaps most significantly right now, poses an undeniable human health threat with the risk of diseases such as rabies and cholera.”

The announcement “signals a major shift” in government policy," she added.

In 2010, a similar effort was launched, by Chang Jiwen, a law professor at the Chinese Academy of Social Sciences. However, his draft contained more extensive law-enforcement measures such as, obliging authorities to close down thousands of dog restaurants and butchers which supply the meat. It also provided for up to 15 days in prison for individuals or a 500,000 yuan fine for commercial violators.

It was not adopted by the government or the National People's Congress.

China is the world's third largest country area-wise, encompassing 3,706,580 square miles. It has an estimated population of 1.435 billion, at the end of 2019. (This does not include Taiwan, Hong Kong and Macau.)

The country's politics are complicated by the fact that there are numerous governing entities. The People's Republic of China is governed by the Communist Party with its seat in Beijing; whereas, Taiwan is controlled by a separate political entity, called the Republic of China (ROC). Under that are provinces, direct-controlled municipalities and special administrative regions.

Thus, even if a ban is passed, the issues of enforcement are complex, and there is little government incentive to provide funding. It will also face the challenge that eating dog and cat meat is in some areas considered an important ritual to restore health and vigor.

But the ban will provide far more opportunities for advocates to influence hearts and minds and create new traditions which include and expand awareness of animals as sentient beings.

“Coming so soon after Shenzhen’s dog and cat meat ban, it is incredibly encouraging now to see a draft on the table in mainland China that could effectively ban the eating of dogs and cats,“ said HSI Director of International Media, Wendy Higgins.