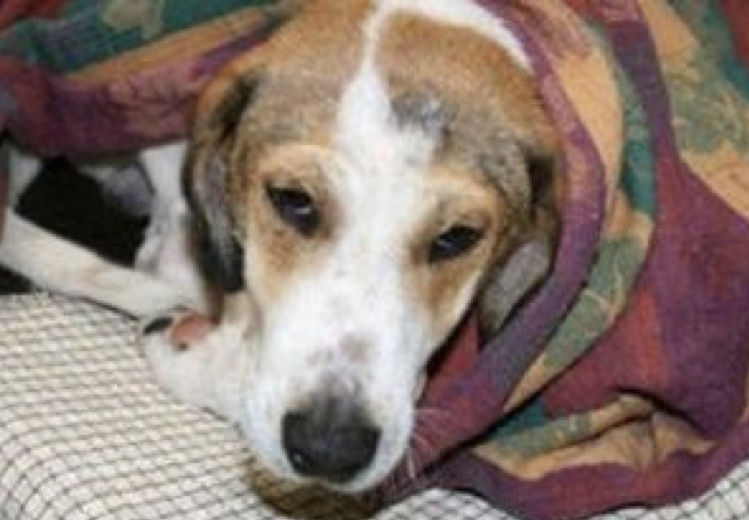 ANIMAL WATCH-The World Health Organization sounds a little less sure your pet can't contract Coronavirus from you after the discovery of a pet dog in China testing "weak positive" while living in a home with an infected human.

Experts agreed that it was "likely a case of human-to-animal transmission," according to CNN.

The WHO stated on March 13, 2020, "While there has been one instance of a dog being infected in Hong Kong, to date, there is no evidence that a dog, cat or any pet can transmit COVID-19." It also recommends, "limiting contact with companion and other animals until more information is known about the virus."

"It is possible that a person with COVID-19 could sneeze or otherwise contaminate their pet, and then another individual could touch that animal and contract the disease," cautions VetMed. At this point, all veterinary experts believe the risk for transmission would be low. However, animals living with sick individuals, just like people living with sick humans, must avoid contact with others.

An updated report by Hong Kong's Agriculture, Fisheries and Conservation Department (AFCD) said that samples from the dog's nasal and oral cavities had tested "weak positive" for novel coronavirus, after initially believing the virus could have been present only on the dog's fur and skin.

But the dog has no visible symptoms and Hong Kong SPCA reminded the public that being "infected" does not mean being "infectious."

WHERE ARE WE NOW?

On March 11, 2020, the World Health Organization announced that of the 118,000 cases of the betacoronavirus COVID-19 reported globally in 114 countries, more than 90 percent of cases are in just four countries, and two of those –  the Republic of Korea and China - have significantly declining epidemics, meaning they have peaked and are recovering.

Human coronaviruses were first identified in the mid-1960s, according to the CDC. Coronaviruses are a group of related viruses that cause diseases in mammals and birds.

In humans, coronaviruses cause respiratory tract infections that are typically mild, such as the common cold  predominantly rhinoviruses), although rarer forms can be lethal, such as SARS MERS, and COVID-19.

Symptoms vary in other species: in chickens, they cause an upper respiratory-tract disease, while in cows and pigs they cause diarrhea.

It is believed that the coronaviruses have been co-evolved with bats for a long time and the ancestors of SARS-CoV eventually spread to civets, and finally to humans. (Civets have a cat-like appearance, with a longer, often pointed, muzzle, and are related to a mongoose.)

In 2002–03, civets sold for meat in local markets of China's Yunnan province carried the SARS virus from horseshoe bats to humans. The resulting viral outbreak killed 774 people in 2002–2003.

There are currently no vaccines or antiviral drugs to prevent or treat human coronavirus infections.

For information to following changes, one of the best sources is the Centers for Disease Control Summary page, which is updated daily.

On March 11, the COVID-19 outbreak was characterized as a pandemic by the WHO external icon.

COVID-19 is the first pandemic known to be caused by the emergence of a new (novel) coronavirus.

"With growing human populations increasingly encroaching on wildlife habitats, with unprecedented changes in land use, with wildlife and livestock transported across countries and their products around the world, and with a sharp increase in both domestic and international travel, new disease outbreaks of pandemic scale are a near mathematical certainty," writes Jane Qui of Scientific America, on March 11, 2020 in her  riveting article, How China's "Bat Woman" Hunted Down Viruses from SARS to the New Coronavirus.

This is a lengthy and well-researched article that provides a credible scientific explanation of the worldwide spread of ODIV-19, what must be done to avoid future pandemics, and how wildlife and food animals are at the heart of it.

The key figure is virologist Shi Zhengli, China's “bat woman,” at Wuhan Institute of Virology. Shi was summoned on December 29, 2019, to do the research when the Wuhan Center for Disease Control and Prevention, first detected a novel coronavirus in two hospital patients with atypical pneumonia," Qui writes.

The fear was that -- because it belonged to the same family of bat-borne viruses as the one that caused severe acute respiratory syndrome (SARS) -- the spread could result in a similar disease. (SARS infected approximately 8,100 people from 2002-2003 and killed nearly 800), she states.

A Hong Kong team at that time had reported "wildlife traders in Guangdong first caught the SARS coronavirus from civets, mongoose-like mammals that are native to tropical and subtropical Asia and Africa."

"Scientists have long warned that the rate of emergence of new infectious diseases is accelerating, Jane Qui writes, -- especially in developing countries where high densities of people and animals increasingly mingle and move about."

She describes Australia’s 1994 Hendra virus infections, where the contagion jumped from horses to humans, and Malaysia’s 1998 Nipah virus outbreak, in which it moved from pigs to people, with one link -- pathogens that originated in fruit-eating bats. Horses and pigs were merely the intermediate hosts, she explains.

"Shi’s team finally discovered bat-borne viruses can infect human lung cells in a petri dish, cause SARS-like diseases in mice, and evade vaccines and drugs that work against SARS. This discovery helped to jump-start a global search for animal viruses that could find their way into humans. But, equally alarming was the fact that once introduced to a human, it could be sustained by human-to-human contagion."

WILDLIFE ONLY PART OF THE PROBLEM

Although the Wuhan outbreak is the sixth one caused by bat-borne viruses in the past 26 years “the animals [themselves] are not the problem,” says Linfa Wang, PhD, director of the Programme in Emerging Infectious Diseases at Duke-NUS Medical School, Singapore. "In fact, bats help promote biodiversity and the health of their ecosystems by eating insects and pollinating plants. “The problem arises when we get in contact with them,” he says.

The researchers found that the new coronavirus enters human lung cells using a receptor called angiotensin-converting enzyme 2 (ACE2). The scientists have since been screening for drugs that can block it.

“The best way forward is prevention,” Peter Daszak, Director of EcoHealth Alliance, advises. Because 70 percent of animal-borne emerging infectious diseases come from wild creatures, “where we should start is to find all those viruses in wildlife globally and develop better diagnostic tests,” he adds.

WILL CHINA'S BAN ON WILD AND "WET" ANIMAL MARKETS LAST?

On March 5, CNN reported that a strict ban on the consumption and farming wild animals was called for across China due to the deadly coronavirus epidemic, which started at a wildlife market in Wuhan.

Although there is no clear identification of the animals that transferred the virus to humans, it could have been bats, snakes and pangolins, or others. The Wuhan seafood market was also selling snakes, raccoon dogs, porcupines and deer and other species crammed into cages, according to footage obtained by CNN. Some animals were filmed being slaughtered in the market in front of customers.

"China has acknowledged it needs to bring its lucrative wildlife industry under control if it is to prevent another outbreak," writes Ben Westcott.

But here's what they'll be losing:

The country's wildlife trade reportedly is worth more than $73 billion and employed more than one million people. Almost 20,000 wildlife farms have been shut down or put under quarantine, including breeders of peacocks, foxes, deer and turtles,

Some animals are used for traditional Chinese medicine-- an industry now worth an estimated $130 billion, according to CNN.

In addition to concerns about coronavirus, here are the latest statistics (and graph) on rabid bats by Los Angeles County Public Health.

Teach your children NOT to touch wild or unknown animals of any kind. (A sick bat may fall to the ground and not seem threatening, but it may be infectious.)

FEAR OF WILD ANIMALS IS HEALTHY AND LIFESAVING

Wildlife can be sick with diseases that are dangerous (sometimes even deadly) to humans. Common illnesses that humans can get from wildlife include rabies, plague, and Lyme disease (and now potentially coronavirus.) People can catch these diseases from the droppings of infected animals, by touching or feeding wildlife, or by getting bitten.

The emphasis on analyzing this serious and expanding issue is the fact of living in too close proximity with wild animals. We do not have the same immune system, and co-existing is dangerous in many ways -- diseases are just one facet. We cannot overcome the very real dangers of having them "live among us."

SAFEGUARD YOUR PET DURING THE CORONAVIRUS CRISIS

Contracting any disease, but especially COVID-19 -- with a possible quarantine -- is not in our plans. In most cases, health experts say you may not even have symptoms, or it may be no worse than a cold or the flu, but you will still need to stay home and limit physical contact.

Plan ahead. Be sure you have included your pet(s) in a family preparedness plan. Make sure a neighbor, friend, family member or caretaker is aware of your pet's feeding and walking schedule. Have a few weeks' supply of any medications your pet(s) needs in case you can’t leave home.

Be sure your dog or cat is microchipped and is wearing a license/ID tag. Have veterinary and/or boarding information available. Stock up on lots of extra food and treats for your pet and yourself. That's always a good thing!