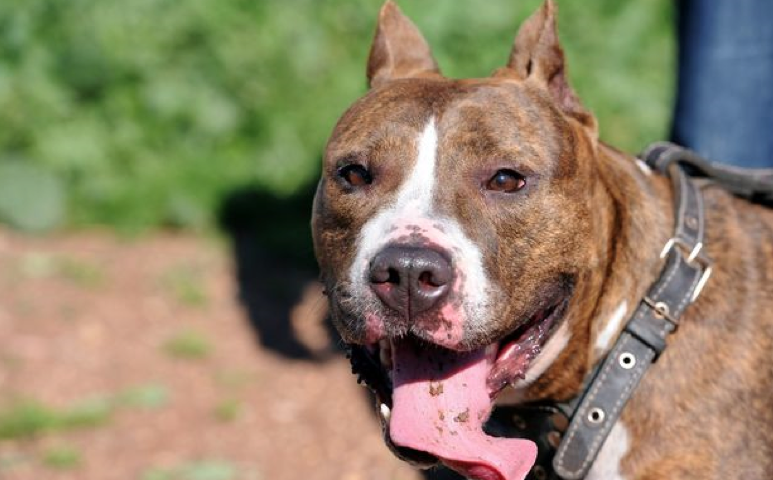 ANIMAL WATCH-Less than 40 days into 2020, there have already been four deaths and 43 media reports of Pit Bull attacks on humans in the U.S.

Yet, animal control officials, including L.A. Animal Services GM Brenda Barnette are still denying there is a problem, and Best Friends Animal Society--occupying a Los Angeles city shelter rent-free--is the major national advocacy group for Pit Bulls and lobbies against placing any restrictions on ownership.

Attacks on employees in Los Angeles Animal Services shelters are increasing alarmingly--something that was a rare occurrence before the "No Kill" prohibition on euthanizing aggressive dogs.  "No Kill" philosophy directly causes Pit Bulls and other dogs with a history of aggression to be released to harm humans, pets and other animals. And all breed-designation in L.A. city shelters has been changed to "mixed-breed" so that Pit Bulls cannot be identified and "discriminated" against.

And CBS Investigative reporter David Goldstein aired a recent report on the use of drugs in an Orange County shelter to "calm" shelter dogs, but it can also alter their behavior and mislead/endanger adopters. (See: Drugged and Dangerous.)

Last week CBS reported that ProPublica announced the results of an investigation they believe shows the use of an Evenflo Big Kid car booster seat for small children can cause the child to suffer "internal decapitation” during an automobile collision. "Internal video of side-impact tests shows that children could be injured or killed in Evenflo's “Big Kid” booster seats. But the company continued to market them as “side-impact tested,” ProPublica states.

ProPublica writes, "Evenflo’s decision to keep the weight recommendation for its Big Kid booster low in the U.S. was emblematic of how the company . . .has repeatedly made decisions that resulted in putting children at risk."

ProPublica is described as "an independent, nonprofit newsroom that produces investigative journalism with moral force.

Its mission is to "To expose abuses of power and betrayals of the public trust by government, business, and other institutions, using the moral force of investigative journalism to spur reform through the sustained spotlighting of wrongdoing.

ARE THERE ENOUGH ATTACKS/ DEATHS FOR PROPUBLICA TO INVESTIGATE WHY PIT BULLS ARE BEING PROMOTED AS PETS?

(It often takes several weeks to identify fatal dog attack parameters. This is why recent dog bite fatalities may not appear on this page. In the interim, please visit the DogsBite.org blog.)

Pit bull attacks and deaths reported in the news 2020

As of this date, there have already been 43 reported Pit Bull attacks in the U.S. in 2020.  Each is listed with the News Article Link and an Interactive Map:

PIT BULLS HAVE KILLED PETS (AND OTHER ANIMALS) ALSO

DISPELLING THE MYTH OF THE "NANNY DOG"

One-month-old Julian Connell was brutally killed by the family’s Pit Bull-mix in LaFayette, Indiana, on January 27, 2020. Media reports state that two dogs, “a Pit Bull mix and a Beagle-mix were fighting. Yet, the two dogs were left in the bedroom with the 26-day-old baby.

“The teenage brother separated the fighting dogs, according to police, and that is when the pit bull attacked the baby (redirected aggression)…When he returned, he found that the Pit Bull had attacked the infant," Lafayette Police Lt. Matt Gard said. "The infant did suffer some catastrophic injuries."

Gard added, when Officer Cain arrived, in order to render aid to the infant, the officer had to fire his handgun one time, killing it. The Tippecanoe County Coroner Donna Avolt said a preliminary autopsy showed the infant died from "multiple sharp force injuries" after sustaining dog bites to his head and neck,” according to Dogsbite.org.

Placer County Sheriff’s Office reported that a baby boy was dead after being attacked by a family pit bull. Deputies who responded to the home just after 3:00 p.m. on September 20, 2019, found that the child was at home with a family member when the dog attacked. The dog was later identified as a 9-year-old female Pit Bull, Dogsbite.org reports.

On January 31, 2020, two Pit Bulls Attack Man walking his daughter's dog in Novato, CA, in the San Francisco Bay area, and left the family pet, Leo, fighting for his life.

Isaias Garcia was walking Leo along a street in Novato when he saw two pit bulls in a white SUV with an open window. He and Leo crossed the street to avoid the them, but both Pit Bulls jumped from the window and "They went right to the dog," Garcia told CBS.

As Garcia desperately struggled to kick the dogs off Leo, a neighbor came out to assist him. “I could not defend him, I was helpless,” Garcia recalled. That was when his daughter arrived to help rush Leo to an emergency room. She described the wounds on his neck and chest as seeming "almost like a gunshot wound," The father was scratched and bruised from falling. (There is video of the attack.)

Pit bull that Attacked Animal Shelter Worker on January 3, 2020, had Bitten Before

A pit-bull mix that attacked a worker at the Oakland County Animal Control Shelter, leading a staff member to shoot the dog, was a known “biter” that two months earlier had attacked two children, a woman and another animal control employee all within 24 hours, reports the Detroit News.

“Roscoe,” was a 3-year-old dog that had been raised as a puppy by three of the people he attacked. The dog was euthanized after the Dec. 12 attack on the shelter worker.

Oakland County animal control officials are trying to use the incident as a teachable moment to instruct the public about dangers involving pets and make changes at the shelter to keep workers safe.

The trouble with Roscoe began Oct. 16 when Troy police responded to a 911 call reporting that a dog had bitten three family members, including two children. Their mother, who was among those attacked. Roscoe was taken to the county animal shelter, where he bit a shelter worker on the back and leg. Animal control officers told Roscoe’s owner he was a threat to children and should be turned over to the shelter to be euthanized.

Investigators determined the pit bull had appropriate shelter and food, a large yard to play in and an attentive and carrying family.

Roscoe bit again before the hearing by the shelter. This time, the dog jumped against a cage door that may not have been properly secured and got out. A supervisor, Shelley Grey, yelled at the worker to leave the quarantine area because of the bite risk.

Grey, 52, a 25-year veteran of animal control and care, attempted to approach Roscoe with a leash and was attacked. The dog bit her in the leg and knocked her to the ground, gripping her right arm in his mouth. When two other animal control officers were unable to break Roscoe's grip on her arm, Grey yelled, “Shoot the dog!” An animal control officer pulled out a pistol and shot the dog in the head.

Gatt said Grey later said she had looked at Roscoe’s eyes and “was in fear for her life.”

Grey, who had also been bitten in the side of her stomach, asked a worker to retrieve her shoes, which had fallen off during the attack. The worker found Roscoe had stumbled to his feet inside the quarantine area and was in obvious pain, so he shot the dog in the head again. (Read entire report here.)

On February 7, 2020, FOX 13 News reported a story that was also broadcast in Los Angeles:

"A Spring Hill, Fla, woman was badly hurt while defending her own pup from a pack of dogs that attacked her for several minutes, despite the efforts of her neighbors. According to Hernando County deputies, it was just after noon when the woman was in the backyard of her Upton Street home when dogs from a nearby home managed to get outside and attack the woman.

Neighbors jumped in to help, using everything from pieces of gutter to sticks and even a lawn chair to try and beat the dogs back, but they were unable to turn the dogs away.

Five others at the scene were injured by the dogs; two were bitten badly enough to also require hospitalization.

Animal Enforcement officers removed seven dogs from the Mayflower Road home, described as pit bulls and bull mastiffs. They believe four to five of the dogs were involved in the attack; all are now being held by Hernando County Animal Services.

Kathy Gillespie, who lives on Mayflower Road, witnessed the attack, and her fiancé was one of the people who got bitten while trying to stop it. She said she'd never forget what she saw.

"It did look like they were eating her alive," she told Bay News9.

The victim Is reported in critical condition.

This plea appears on her Facebook Fundraiser page: "My mother-in-law was a brutal attacked by a pack of dogs yesterday That belong to the neighbor That the house faces our backyard. She is in critical condition. May end up losing her legs. The damage is beyond anybody's imagination. She has over 58 punctures the belly and back. she was chewed on the neck back of the head. Even right eye. . .  (See more here.)

ProPublica has done a myriad of reports that involve wealthy organizations endangering innocent victims. It is time to ask that they look into the sources of ALL donations to major humane organizations, animal shelters and/or politicians who are ignoring the above facts about the destruction caused by this breed-type and promoting the adoption of Pit Bulls--especially those with a known history of aggression.

The investigation should also look at the tremendous financial burden this places on the medical system (and taxpayers), because most owners are not insured and victims may be permanently disabled or not survive after extensive care.

We are past the excuse of "not being able to identify the breed," because the Best Friends' Pit Bull advocacy page has photos of dogs they identify as Pit Bulls.  If they can identify the breed from appearance, so can anyone else.

Only two groups benefit from not restricting breeding and ownership of Pit Bulls--the advocacy groups (who profit from donations) and the dog-fighting industry.  A Pit Bull Safety Recall investigation is long overdue--for the safety of the animals, themselves, and for the thousands of innocent victims whose lives are damaged or lost every year.