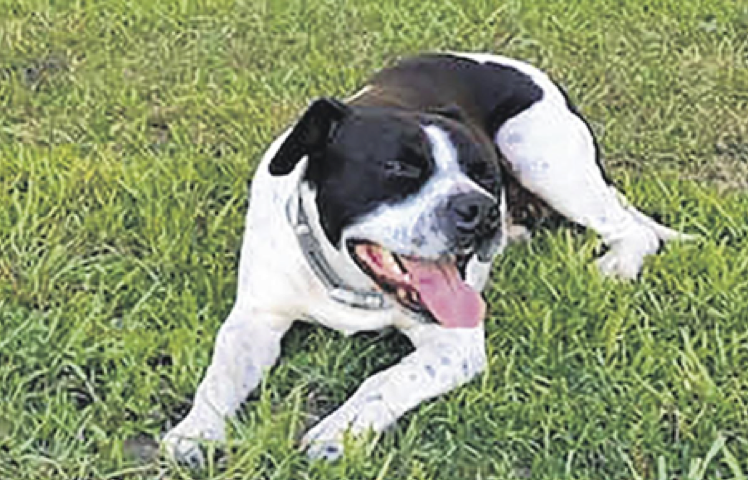 ANIMAL WATCH-On November 6, Janet D’Aleo, 95, was savagely mauled and later died at the hospital after an attack by an adopted Pit Bull at the home of Annie Hornish, The Humane Society of the United States' Senior State Director for Connecticut.

Janet D'Aleo, of Enfield, Conn., was there to visit Hornish's mother, Agnes Wosko, with whom she had been friends for almost 70 years. Agnes reportedly shares the home with her daughter and son-in-law, Neil Hornish, on Thrall Avenue in Suffield. Annie Hornish was not home but arrived immediately after the attack.

Hornish told the Hartford Currant on November 9, 2019, that "The dog has no history, whatsoever, of aggression," and that he "has been around children and has been around Janet D'Aleo multiple times."

"It all happened fast, Dexter ran into Janet -- he knew Janet, she's been here multiple times -- and she was walking, but she was very fragile. She fell over, and we feel it was the fall that killed her," the Journal Inquirer reported.

Police reports show the Hornish family had the Pit Bull, Dexter, (photo above) for six to eight months, and it has subsequently been revealed that Dexter had two prior reported incidents of bites--one was a dog and the other a human in 2016.

Hornish had also been made aware by the rescuer who was attempting to rehome him that he had "severe anxiety issues" which caused him to break through both screens and glass windows to get outside, and reportedly the current fosters were not able to "cope with this behavior."

"When she had walked halfway through the door, the Pit Bull greeted her and knocked her down." Fox61 quoted Hornish as saying.

“Dexter had no history of biting and we feel this was a freak accident,” added Hornish.

"As an animal rights activist, Hornish had this message for those who may be skeptical about Pitbulls," Fox61 reported, “Well, it’s not the breed. It’s the individual dog that we believe this was an exuberant. [sic] Dexter was greeting and he’d seen her before,” added Hornish.

Hornish also told reporters that "she believed Dexter 'was reacting to being hit repeatedly with a metal stool by D’Aleo’s home health aide, who thought he was greeting the woman "too enthusiastically, " and hit the dog so hard, one of the legs of the stool bent,” Hornish said.

Hornish added at that time, “she was not sure what to expect, but is willing to consider any measures necessary to satisfy the town’s perceived concerns, even if that means putting the dog down, though that is something she wants to desperately avoid."

MEDICAL EXAMINER CONFIRMS "CONTACT WITH DOG" CAUSE OF DEATH

On November 11, WesternMassNews reported, "PD: Woman attacked by dog in Suffield sustained massive injuries." The report states that, "The office of the Chief Medical Examiner said Janet D’Aleo, of Enfield, died as a direct result of coming in contact with the dog.

D’Aleo was brought to Baystate Medical Center in Massachusetts where she died. "An investigation has also revealed that D’Aleo was alive and attempting to communicate after the attack," it stated.

Police described that the victim as sustaining “massive injuries including flesh, muscle and tendon loss to the lower extremities.” Police said that under the “Ian Dunbar Bite Assessment Scale, the incident rated a level six of six.”

Annie Hornish, state director of the Humane Society of the United States, is fighting an order from the town’s animal control officer to euthanize her pit bull pointer mix whose mauling of a 95-year-old woman at her home on Nov. 6 resulted in the woman’s death, according to police.

The investigation, however, did reveal that Hornish — who previously told the Journal Inquirer she had adopted the three-year-old male dog named Dexter about six to eight months ago — “was not property licensed,” police said.

Therefore, two infractions were against Hornish — "owning or harboring an unlicensed dog" and "nuisance dog by reason of vicious disposition," police told the Journal Inquirer.

Police said that the decision not to criminally charge Hornish or any member of her family in connection with D’Aleo’s death was made “after careful consideration and consultation with the Enfield Superior Court State’s Attorney’s Office. . .”.

The two prior attacks by Dexter were described as both "dog on human," and "dog on dog" in the years 2016 and 2018, which required a response from Police and/or Animal Control personnel.

The Disposal Order was issued on 11/4/2019 to Annie Hornish, based upon "the forgoing facts and circumstances surrounding the attack delivered by the dog, "Dexter." She was ordered to have Dexter humanely euthanized by a licensed veterinarian no later than 11/28/2019. (See actual documents at Dogsbite.org.)

After the destruction was issued to euthanize Dexter, according to the Journal Inquirer, Hornish and her husband asked a political representative, First Selectwoman Melissa Mack to intervene and support their effort to have Dexter moved to an out-of-state sanctuary or any other suitable way to save his life. The report states that, in addition to their request, seven letters from friends and relatives were emailed to the Selectwoman, describing Dexter, as “well-behaved,” a “gentle soul,” “a joy to be around,” and a “very sweet dog” who “just wanted to cuddle.”

However, Mack declined, stating she supports Selig’s “professionalism and judgment” in the case, and isn’t going to intervene," according to the Journal Inquirer.

Hornish filed an appeal of the order to the state Department of Agriculture. Dexter will remain in quarantine until a decision is made on the appeal.

Victims of Pit Bull attacks on Facebook were enraged when Annie Hornish asked rescuers for help in relocating Dexter to an out-of-state location or sanctuary where this "gentle" dog who desperately "needs love and comfort and support" could live out the rest of his life. The responses were not gentle or forgiving in response someone in her position considering the life of her dog -- WHO HAD KILLED -- as more important than the life of a human.  (See her post here.)

WHAT IS THE HUMANE SOCIETY OF THE U.S. POSITION ON THIS?

I was unable to find any position statement that Annie Hornish's -- their State Director's actions -- are done as an individual and do not represent the values or policies of HSUS.

HSUS total net assets for 2018 are shown in its annual report as $252,500,000. Shouldn't supporting shelters euthanizing dangerous animals and not condoning (or remaining silent) on the death of a (95-year-old woman part of the "be their hero" motto which they use for fundraising?

Ironically, on November 18, the Humane Society of the United States posted a flyer on its Facebook page, showing a black and white Pit Bull (same colors as Dexter) with the defiant words, "Your LABEL won't define me." It has 1.5K "loves, likes and laughs" by viewers.

Above the photo it advises, "Relying on breed labels to determine whether an adoptable dog would be a good match might actually prevent you from finding your perfect pooch!" And, it goes on to encourage prospective adopters to "get acquainted with the individual dog."

That didn't work so well for HSUS's Senior State Director of Connecticut! Perhaps HSUS needs to rethink its humane goals.