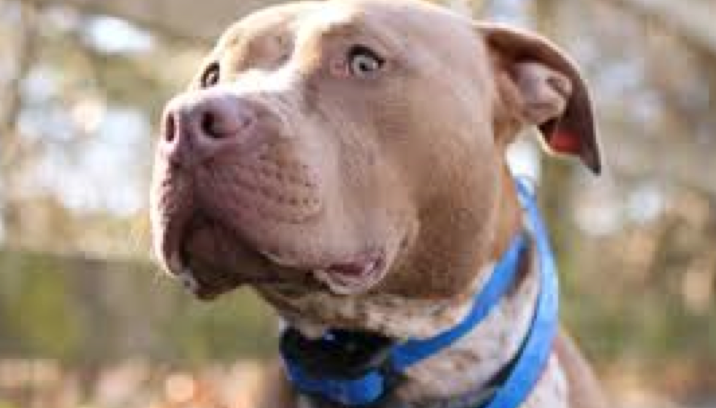 But a darker side of Sadler's training techniques has erupted into a major controversy for Best Friends Animal Society, which features her on its site and as one of its 2019 National Conference speakers.

FROM PLAY GROUPS TO SHOCK COLLARS

In a shelter environment, selected dogs with NO history of aggression engaging in carefully monitored play can be a positive activity, but the notes on some of the LA Animal Services' dogs known to have attack staff or the public do not indicate inclusion of the precautions -- either for disease exposure or behavior--as recommended by Tufts Center for Shelter Dogs Playgroup Manual and have resulted in attacks on staff in the shelter and the public at the shelter and at home.

Aimee Sadler's "Dogs Playing for Life" program releases a large number of dogs of unknown background --  many surrendered or stray Pit Bulls -- to work out relationships with each other in an open yard, with shelter staff and/or volunteers monitoring, but rarely enough for safety with  the number of dogs

The report prepared by Assistant GM MeLissa Webber stated that the program began on Oct. 29, 2018, with approximately 230 playgroups, impacting 625 dogs and there have been "10 dog incidents resulting in minor injuries and two human bites."

Do we believe that many strange dogs could be placed in an enclosed area with only 10 incidents (Dog fights are called "scuffles," according to a volunteer.) Dogs are territorial by instinct for survival,  and most of these dogs would not yet have been neutered/spayed because that is done at time of adoption.

In August 2017, "Dogs Playing for Life" (DPLF) received a $1.5 million grant the ASPCA and Petco Foundation to expand to municipal shelters across the country, beginning in LA, and thus there is no cost to the shelter for this experimental program, except that a Public Records Act Request revealed the City is providing some costly appurtenances.

The downloadable brochure for the Dogs Playing for Life PDF manual contains the acknowledgement, "This program is generously supported by the Animal Farm Foundation."

The Animal Farm Foundation mission statement is "to secure equal treatment and opportunity for “pit bull” dogs through recognizing that all dogs are individuals." It "focuses on dogs who are labeled “pit bulls” because they are the dogs most likely to be discriminated against."

It also explains, "Note that we do not label these dogs, instead, we work with dogs [the] society has labeled “pit bull.” Due to the inaccuracy of visual breed identification, we recommend that shelters and shelters and rescue do away with breed labels. . ."

Because of prohibitions on copying from the Best Friends' blog, I am providing the link to the entire Best Friends statement re: dog training on October 28, 2019 here.

Boulder, Longmont humane societies at odds over shock, choke collars was posted by the Daily Camera on March 16, 2011, stating that two humane societies -- in Boulder and Longmont -- were at odds over what tools dog owners should use to walk or train their pets, with the Boulder shelter asking owners to ditch choke, prong or shock collars.

“We have severe behavior issues with some of our pets and shelter dogs, and if we are not balanced and comprehensive in our approach to training, the potential consequence is death,” Sadler said. “We are not going to deny any of our families any resources that are going to support animal needs and get them to rewardable behavior.”

"Lindsay Wood, director of animal training and behavior at the Humane Society of Boulder Valley and a certified animal behaviorist, said choke, shock or prong collars can be painful and cause injury to the trachea. And because they rely on aversive behavior to achieve control, she said, the collars can have an adversarial impact on a person’s relationship with the pet."

"We regret to announce that, due to circumstances beyond our control, PPG’s Annual Summit will no longer be held at Best Friends Animal Sanctuary (BFAS) in Kanab, Utah next year."

It continues, ". . .Having now reviewed a number of videos and firsthand reports from a Best Friends meeting held in Kanab, Utah last Wednesday evening (October 23, 2019), it appears that the assurances we had understood regarding Best Friends’ philosophy on training and behavior protocols were not accurate and, in fact, Best Friends’ philosophy is in direct conflict with PPG’s mission and Guiding Principles – especially our non-negotiables concerning the use of Shock, Prong and Choke, Pain, Force and Fear."

The organization stated that it has "received an overwhelming response from our stakeholders who have expressed grave concern that our attendance at Best Friends may be taken as an endorsement of these approaches to training and behavior." (Author's Note: The Guild has issued announcement of a new location in Phoenix, AZ.)

"SAVE THEM ALL BY DOING WHATEVER IT TAKES" by Deb Jones, PhD.

An insightful and passionate must-read commentary by Deb Jones, one of the speakers scheduled speakers at the PPG Summit 2020, posted on Nov 3, 2019, on her  K9 in Focus blog,  (I am taking the liberty of providing some of her most poignant points.)

Deb Jones, PhD. taught at Kent State University as a psychology professor for 20 years and teaches a variety of courses online at Fenzi Dog Sports Academy. . .Here are some brief excerpts from her thoughts:

"Lately there has been a lot of controversy on the internet related to Best Friends Animal Society (BFAS). Their stated mission is to “save them all”. . .This seems like a really worthy goal, but sadly, it is not sustainable. First, it’s simply not realistic. . .

I’ve heard truly horrific first-hand accounts of dogs from no-kill facilities who ended up maiming and killing others, including humans.

There are animals who are simply are never going to be safe in the world, which means a hugely diminished quality of life if they cannot live in normal average homes and neighborhoods.  Often, solitary confinement in rescues and shelters is the only option for them."

The reason I began following this story is because a large professional trainer organization, the Pet Professional Guild (PPG), had booked their annual conference at BFAS in 2020 and I had agreed to speak at that conference. . . For myself, I have a huge issue being connected with a facility that feels comfortable using painful and unpleasant stimuli to “train” animals.  I feel very strongly that heading down the path of force is always the wrong option.

The idea of taking dogs who have already had terrible life experiences and adding even more aversives to their lives is one I simply cannot accept.  It’s a hard line in the sand for me as a person and trainer.

The idea that more force will fix an animal who already uses force themselves to hurt others, or is so anxious and stressed they cannot function, is not something I can live with.  Making them “better” by hurting them is not, in my opinion, a humane way to proceed. Nor is there any scientific evidence to suggest that aversive-based methods will work when reinforcement has not.

In general, the skill of the trainer and the commitment to a consistent and fair training program gives you the best chance for success.

BFAS and any other no-kill facility find themselves in this predicament precisely because they are working so hard to keep dangerous and mentally damaged dogs alive. They are looking for a solution for the hard cases that doesn’t involve euthanasia. I imagine that the thought process is that anything they do to the dog is better than death.  But is it really?

BEST FRIENDS PRIOR TO THE MICHAEL VICK CASE

Best Friends did not share the spotlight with the two major humane groups (HSUS - Humane Society of the U.S. and ASPCA - American Society for the Prevention of Cruelty to Animals until it was paid  $18, 750 PER DOG to take 21 of Michael Vicks' dogs after the dog-fighting bust in 2007.  It then became the "expert" in all things Pit Bull.

Oct 13, 2010 - Kanab, UT - Faith Maloney of Best Friends Animal Sanctuary revealed Monday that a dog -- who she did not give a name to -- was killed by at least one of two former Michael Vick dogs. Maloney blamed the attack on the nameless dog, as well as on deer in the area that may have "over stimulated the dogs."

Nov 30, 2010 - The Ledger took an interest in dogfighting after the February mauling death of ... In 35 months, only three Best Friends Vick dogs have been ... 08/27/09: Collection of Best Friends Animal Society Related Posts - DogsBite.org

Oct 3, 2008 - DogsBite.org believes this policy is dangerous and irresponsible. Best Friends has shamelessly capitalized on Vick's dogs. . . .Yet months before acquiring Vick's dogs, Best Friends refused to take in 40 plus pit bulls seized in. . .

DOES BEING "NO KILL" JUSTIFY “AVERSIVE” TRAINING?

Best Friends, which encourages donating to their "No Kill" program to "save them all," including aggressive Pit Bulls, reportedly (and on video) recently held sessions with its volunteers to discuss its exploration of the use of "aversive" training and the outcome was the perception that some of the more "challenged" dogs could become prospects for training using shock collars-aka, "e-collars."

One comment on Facebook summed up the feelings of many, "The purpose of bringing this controversial issue to light is to say, Best Friend’s Animal Society you cannot preach kindness to animals and support the use of shock collars. The reason for this uproar by your many supporters is because this is inhumane. To inflict pain on another being for the sole purpose of saving lives, that message is conflicting and makes no sense."