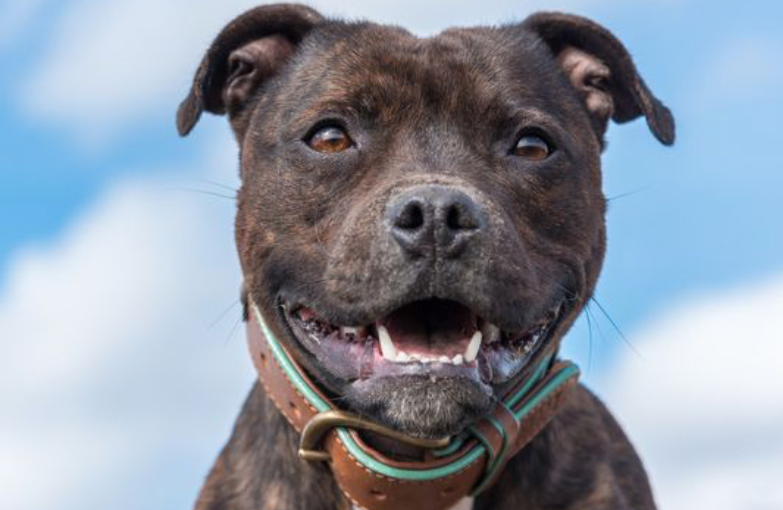 ANIMAL WATCH-A trial was held in Los Angeles Superior Court last week regarding a Pit Bull named Rocket that attacked and severely injured a woman walking by an apartment house.

The dog had been placed under Dangerous Animal administrative regulation by LA Animal Services GM Brenda Barnette on January 18, 2018.

The owner/landlord of the multi-unit property where the Pit Bull and his owner live reported that the tenant has subsequently violated LA Animal Services' conditions and restrictions for keeping the dog, which she fears may attack again.

A jury trial was requested by the dog owner to deny the landlord's request that either the dog be removed, or permission be granted to evict the tenant to protect the safety of other tenants and the public. The result hinged on an alleged "dog trainer" whose posted certificates relying on a list of Internet courses.

ACCORDING TO LA ANIMAL SERVICES RECORDS

On December 11, 2017, LAAS received a phone report of a dog bite, with the victim stating she "went into ER to attach top finger" at 10:15 a.m. She explained that the dog owner lives in the apartment building next door in mid-city LA. The dog involved was described as a "35-45 [pound] dark gray pit bull."

Owner walking his two dogs both on leashes but wasn't holding the leash of the pit bull that attack [sic] me (he was picking up dog poop).  I walked off my driveway and made a right onto the sidewalk in front of his property/apt. building. The dog lunged for the chest/throat. I quickly turned to my left side back. The dog bit my left buttocks and went for hand and I was able to pull it out his/her mouth quickly and the dog took off the top of my index finger through the bone. The owner had the leash by then and pulled the dog away before lunging again at me. I had to have the top of the finger reattached.

I made the [dog] owner take me to the hospital where a plastic surgeon reattached my finder--the dog chopped through the bone...my backside is bruised and my left buttock.

A Los Angeles Animal Services' report dated December 15, 2017 shows that BOTH ADULT DOGS WERE UNLICENSED, UNNEUTERED AND DID NOT HAVE CURRENT RABIES VACCINATIONS.

It also states the second dog was listed as a Jindo and the Pit Bull owner said it belonged to his roommate. The Black American Staff/Pit Bull was impounded as evidence/ PDA (Potentially Dangerous Animal) on December 19, 2017. (No age is indicated for either dog.)

On December 15, 2017, the dog owner confirmed to an LAAS Animal Control Officer that he was walking the two dogs on leash and turned the corner, where he and the dogs encountered a female person and he believed the Pit Bull was "startled and his reaction was to attack the person." He confirmed it happened as reported by the victim.

The Animal Control Officer reported that when he arrived at the property, the Pit Bull barked at him and "became excited."

"The Pit Bull is kept inside an apartment and there is no secure outside enclosure at the building," the expert for the dog owner opined. It, therefore, must be taken outside and into the common area of the complex or walked in public in order to urinate and defecate. One of the conditions by the City is that the dog wear a muzzle that will "prevent the dog from biting anytime it is off (the owner's) property." He suggested that this order should have extended to anytime the dog is outside the apartment.

He also concluded that, given the circumstances and considering that it has been reported that the dog owner has violated the City's restrictions, the only way to absolutely assure there will be no more attacks is to relocate the dog from this property to one with an enclosed area capable of being secured and locked.

The person who testified on behalf of the dog owner identified himself as John Anthony Shahor, but he does not list his entire name on the Linkedin  page for his business/kennel, Redemption Road K-9, which he claims to have owned since 2016. He is identified only as John Anthony S.

According to testimony he has been located in Agua Dulce (Santa Clarita area) for three months and is not yet properly permitted as a kennel by LA County. (He did not explain why.)

His introduction on Linkedin states that, "Redemption Road K9 is a top-rated working dog company based in Southern California specializing in breeding and training working bloodline canines for Medical Service Work, Police K9, Search & Rescue, Agility, Personal Protection, Obedience and Competition." And he testified that he has been “involved in dog training” for ten years.

Yet, all his certificates are issued in 2018  (see Linkedin.)

Mr. Shahor's site in "About Us" switches to third party ("their" training programs) and states, "Utilizing cutting edge science along with decades of training experience, their training programs work endlessly to offer both people and dogs another chance at a happy and fulfilling life."

He talks about a vocational program in which ". . . juveniles from within the justice system are paired with some of the top dog-training professionals in the world and provided opportunities for education, engagement and community partnership.” He states this program will deliver "top quality canine companions to celebrities, champion athletes, Fortune 500 CEOs, and some of the most dynamic police departments (any of which he fails to identify by name) in the world.”

He also claimed the Pit Bull's behavior can be changed.

The following CERTIFICATES that verify his training are all available online:

(This is listed by Duke University as a 12-hour online course that can be completed in a single day. Shahor testified under oath at the trial that it provided him with both “a degree and certification in dog emotion and cognition.”)

His earliest Yelp review was October 11, 2018. Yahoo shows the company established in 2018.

John Anthony Shahor admitted to this conviction in L. Superior Court during testimony on September 26.

TRAGEDIES OF ONLINE CERTIFICATES/CLAIMS CAN BE PAINFUL AND EXPENSIVE

Feb 28, 2019 – An “emotional support” pit bull mauled a 5-year-old girl in an airport terminal. . .the owner was cited by police for failing to crate the dog.

May 29, 2019 -- An “emotional-support dog” attacked him on a flight. . . . Delta tightened rules around emotional-support and service animals. . . . An “emotional support” pit bull mauled a 5-year-old girl in an airport terminal, lawsuit says. DogsBite.Org provides a complete explanation of "Why Breed Matters in Service Dogs and Why Pit Bull Service Dogs are a Bad Idea:   Jul 5, 2018 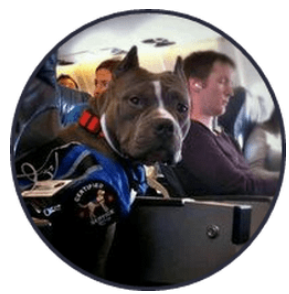 Los Angeles Dog Bite Law attorney Kenneth M. Phillips reminds us that, "Dog bite law treats ESA dogs and service dogs like any other kind of dog," he said. "In other words, there is no special treatment for any kind of a dog unless it is a police or military dog that injures a person during a law enforcement activity consistent with the agency's guidelines."

"Homeowners and renters insurance usually provide coverage for harm of all sorts inflicted by pets. However, dog owners have to ascertain whether their insurance has an exclusion for ‘any harm caused by an animal’ or ‘any harm caused by a dog,’ an exclusion for the particular breed of dog (such as pit bull), or a limitation in the amount of coverage (such as a $25,000 limitation even if the policy is for $100,000 or more of coverage for other liabilities)." Few policies cover dogs that have previously bitten or that are the subject of administrative dangerous animal regulation.

Phillips surmised, "The public, airlines, restaurants, and the federal government are getting fed up with fake service dogs and ridiculous emotional support animals," Phillips commented. "The federal government made it clear from the beginning that it did not recognize emotional support animals but contradicted itself when enacting laws for airlines. This led to terrible abuses and even savage maulings of passengers on planes."

On September 23, 2019, Delta Airlines issued a policy statement, discontinuing its 8-hour flight limit for emotional support animals (ESAs). Following the U.S. Department of Transportation guidance regarding service and support animals, it states,  "Delta was able to develop a solution to protect the health and safety of those onboard while also allowing ESAs to fly on longer flights."

“The safety of our people is paramount. In 2018 alone, more than 40 instances of aggressive animal behavior occurred aboard a Delta aircraft,” said Allison Ausband, Senior Vice President – In-Flight Service. “Our 25,000 flight attendants are my greatest responsibility, and I will do everything I can to keep them safe and send them home to their families in the same condition they came to work.”

Congratulations to Delta Airlines and all those who put the safety of passengers, customers, neighbors, and the unsuspecting public first.

(Phyllis M. Daugherty is a former City of Los Angeles employee and a contributor to CityWatch.) Photos: above, Nieuwland Photograohy/Shuttershock, below: Pinterest. Edited for CityWatch by Linda Abrams.