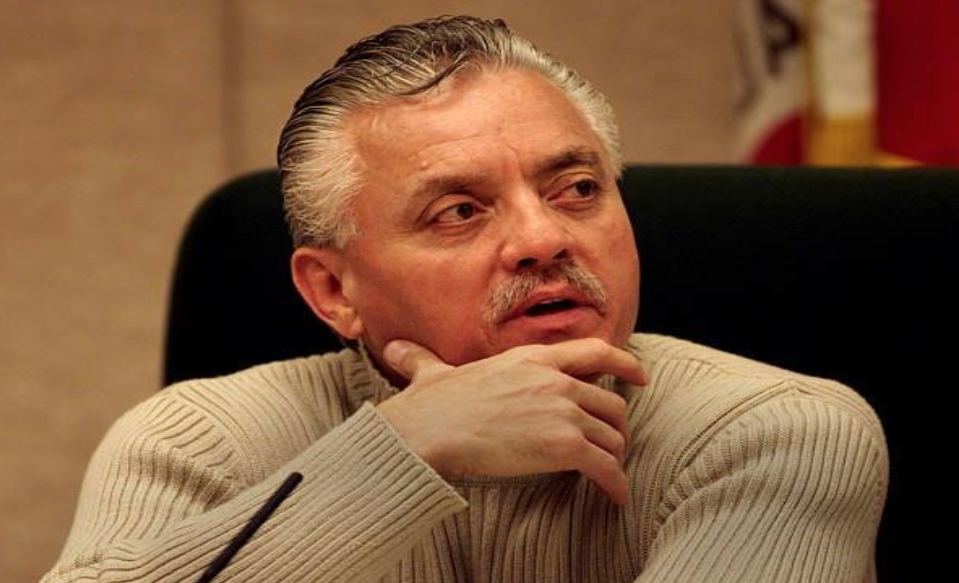 Lopez efforts were seminal in the campaign which resulted in the passage of the 1986 bill granting amnesty for 3 million illegal immigrants, signed by then-President Ronald Reagan. This was supposed to result in a stronger way to increase security and control at the Mexican border and cause employers to face strict penalties for hiring undocumented workers. The bill also made any immigrant who'd entered the country before 1982 eligible for amnesty

Nativo Lopez' political tenacity and widespread influence with undocumented immigrants were then thrown  behind then-CA state legislator Gil Cedillo's repeated efforts and final victory in passage of the bill which allowed eligibility for driver’s licenses in the 1990s. In 2006, in response to a federal law that sought to raise penalties on illegal immigration, Lopez helped organize a series of protests in Los Angeles that drew between 500,000 and 1 million people, the L.A. Times reported.

On his Facebook page, Councilmember Gilbert Cedillo posted a public tribute to Nativo Lopez and expressed, " feeling heartbroken." He wrote a tribute beginning, "When MLK stated that “the ultimate measure of a man is not where he stands at moments of comfort and convenience but rather where he stands at times of challenge and controversy” he could easily have been talking about Nativo Lopez, President of Hermandad Mexicana."

He called Nativo López "the undisputed champion of immigrant rights," and ended, "It’s with unmeasurable sadness that I say Rest In Peace my Leader, my Warrior, my Brother —Gil"

However, there were other issues to which Nativo was also devoted--one was cockfighting. In a 2004 SocialistWorker.org interview, when Sarah Knopp asked Lopez about his change of political affiliation from Democrat to the Green Party, he explained that "the Democratic Party …is driven by white male millionaires and their political consultants.” He stated he agrees with the Green Party platform “99 percent” and then made a surprising admission, “I still covertly like cockfighting—an old Mexican tradition.”

Steve Lowery of the OC Weekly then wrote an article, titled, "The Don King of Cockfights," commenting, "The location of Nativo Lopez's mind has become a subject of interest for those aware of the former political heavyweight's recent crusade: cockfighting."

"Yep," Lowery wrote, "the man who went toe to toe with Bob Dornan and won, the man who five years ago seemed on his way to becoming one of the region's leading Latino power brokers, was spotted recently using his position as president of the Mexican American Political Association (MAPA) to push the agenda of those who enjoy and profit from cockfighting."

"THE DON KING OF COCKFIGHTS"

On June 10, 2005, Nativo Lopez wrote to Assembly Speaker Fabian Nunez in opposition to an anti-cockfighting bill introduced by Senator Nell Soto, “On behalf of the State/National Office of the Mexican-American Political Association [MAPA], I want to…express our formal opposition to SB 156.”

Lopez continued, “The author and the sponsor, The Humane Society of the United States, are ...completely oblivious to the cultural, economic, and social realities of the Mexican-American and Latino communities.”

Senator Soto responded in a news release, “I was very disappointed to learn of MAPA’s opposition to my bill, SB 156.  I have worked with the Mexican American Political Association for many years.  In fact, my husband Phillip Soto was a founding member of the first MAPA chapter in the San Gabriel Valley….But with all due respect, for you to imply that cockfighting is part of cultural, economic and social realities of our community is an insult to law-abiding Mexican-Americans and Latinos who are repulsed by such barbaric – and illegal – activities.

"In addition to being against the law, cockfighting is both brutal and inhumane – and it helps reinforce negative stereotypes of Mexican-Americans and Latinos.”

But, Nativo Lopez was undaunted in his quest to maintain legal rights to engage roosters with knives tied to their legs in brutal battles to death—an activity fraught with gambling by bloodthirsty spectators.

According to a major cockfighting website (Sabong.net) on July 16, 2005, the Association for the Preservation of Gamefowl (APG) and MAPA formed a special chapter, called the California APG/MAPA, announcing, “We will have more political clout with MAPA behind us, and we think this is a smart political move for the APG.”  The announcement advised that membership is $20 a year, with $12 sent to Nativo Lopez at MAPA and $8 deposited in the California APG/MAPA account.

Nativo also supported legislation in Oklahoma by Senator Frank Shurdon in 2004 to override a statewide referendum that made cockfighting a felony and to allow it on a county-by-county basis.  Shurdon stated, “…Gamefowl breeding is a $100 million per year business in Oklahoma…”

HISTORY OF NATIVO LOPEZ AND MAPA

Nativo Lopez-Vigil's IPFS profile describes him as "the former national president of the Mexican American Political Association (MAPA) and the national director of the Hermandad Mexicana Latin-American (formerly the Hermandad Mexicana Nacional), a community service and advocacy organization for Mexican and Latin American immigrants throughout the United States." (See: Is Nativo Lopez Really the President of MAPA?)

Nativo Lopez, was reportedly a sixth-generation American born in Los Angeles, as Larry Lopez, and grew up in Norwalk, California.

Lopez served on the school board of Santa Ana, California for six years, from 1997 until 2003. Lopez was recalled by 71% of the voters and reportedly lost every one of the 16 precincts where the ballots were cast, including areas with majority Latino voters.

Latinos made up 90% of the voting population of the school district. Their rejection of Lopez was seen as the embrace of English-language immersion programs.

It was further alleged that Lopez, former president of the Mexican American Political Assn., cast an illegal ballot in L.A. in the 2008 presidential primary based on the business domicile he used, but interpreted as disallowed by the L.A. County District Attorney's office.

Finally, in 2011, in an agreement with prosecutors, Lopez pleaded guilty to one felony count of voter registration fraud. The seven other felony charges were dropped. Lopez was sentenced to one year of probation by Judge William C. Ryan, and ordered to perform 400 hours of community service.

Not all political observers are as sympathetic with their evaluation of Lopez' lifetime goals.  Among his critics is LAWatchdog.com,  "Kissing L.A. & California Goodbye”, which provides Nativo Lopez' association with former-Mayor Antonio Villaraigosa in photos and disclosed Mayor AV's past as "former Chairman of the UCLA Chapter of MEChA, an anti-American  separatist group vowing to liberate Aztlan (the U.S. Southwest), who refer to themselves as La Raza (The Race)."

The Heritage Foundation has released documentation revealing nearly 1,200 “proven” instances of voter fraud in just the last couple of years. There were 1,019 criminal convictions that result, 48 civil penalties, 81 sent to diversion programs, and 14 judicial findings. “This database is not an exhaustive or comprehensive list but is intended to demonstrate the many ways fraud is committed,” the report advised.

California, perhaps not surprisingly, account for not quite 50 cases. Jose Fragozo, Flora Montes de Oca and Nativo Lopez, among others, were convicted for false reporting.

FIRST SPANISH-SPEAKING SHERIFF IN L.A. COUNTY AND L.A. AS A SANCTUARY CITY

Nativo Lopez lived long enough to see what were undoubtedly two of his dreams come true.

On September 24, 2018, KABC reported  Alex Villanueva, challenger for the office of Sheriff of Los Angeles County, announced that "the last time a Los Angeles County Sheriff spoke Spanish was in 1890," and the bilingual Latino won an endorsement he hopes will change that."

Villanueva then received the endorsement of the Coalition for Humane Immigrant Rights, known as CHIRLA, which pledged that "they will campaign for Villanueva and tap into 1,000 volunteers who will knock on doors and make phone calls."

Villanueva promised a throng of cheering supporters at CHIRLA headquarters that he will take ICE out of the county jails, according to the report. Villanueva won the election against Sheriff Jim McDonnell.

The resolution doesn’t include any new policies on immigration, he writes, but it "puts the city formally in line with Senate Bill 54, the “sanctuary state” bill passed by lawmakers in 2017 which limits police collaboration with U.S. Customs and Immigration Enforcement in the Golden State."

The City Council resolution, which was introduced by Councilmember Gil Cedillo, affirms that federal immigration matters are the responsibility of the U.S Congress and that any local police involvement in immigration-related operations would be unconstitutional, and followed by one day the city’s civil and human rights ordinance.

That ordinance, which also approves the formation of a Civil and Human Rights Commission, makes discrimination in the city a prosecutable crime.

Most of the United States’ 10.7 million unauthorized immigrants live in just 20 major metropolitan areas, with the largest populations in New York, Los Angeles, Houston and Dallas-Fort Worth, according to new Pew Research Center estimates based on government data.

“For generations, Los Angeles has been a city of opportunity that welcomes those who want to come here and work hard to improve their quality of life,” Cedillo said. “Our ‘City of Sanctuary’ declaration and new civil and human rights ordinance ensures that will be the case for generations to come.”

Services are pending for Nativo Lopez, who is survived by his daughters Taina Reyes, Xel’ha Lopez and Hayme Lopez; and five grandchildren.