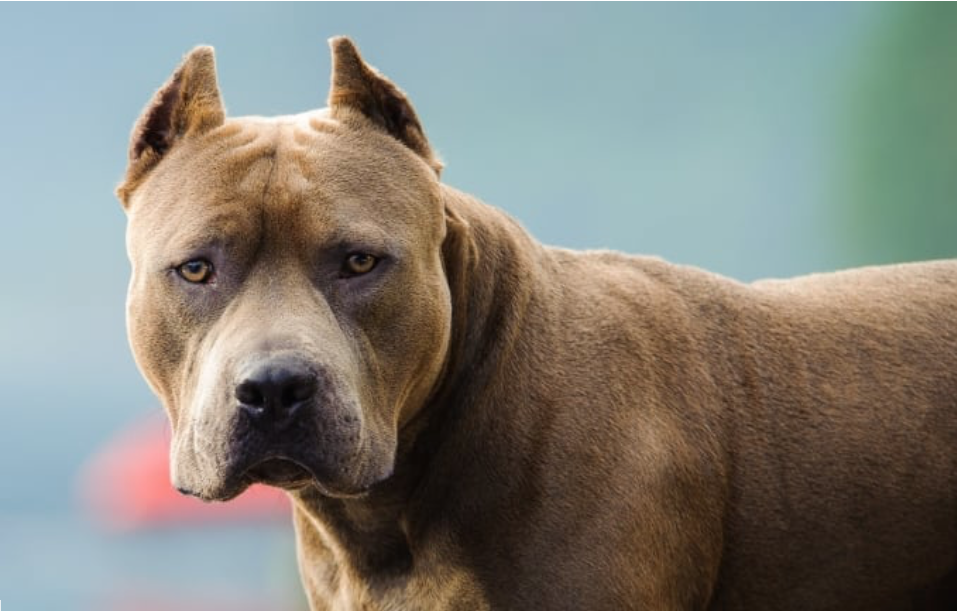 ANIMAL WATCH-New figures were just released and Los Angeles is still the No. 2 city in the nation in dog attacks on U.S. Postal mail carriers, as LA Animal Services GM  Brenda Barnette, Councilmen Paul Koretz and the puppet LA Animal Services’ Commission move toward increasing the three-dog-per-property limit in order to dump more “challenged” Pit-Bull-type dogs in adoptive homes that believe the Best Friends' claim that the Pit Bull Terrier is a Nanny Dog.

Mayor Eric Garcetti and GM Barnette announced flamboyantly in early 2018 that LA had almost achieved the Best Friends "No Kill" goal. It appears there was a quick backslide. Was it not possible or is it an unsustainable illusion?

Already, on August 2, 2018, the bubble had burst, and ABC News was broadcasting on behalf of LAAS, LA city animal shelters were full to capacity: "With all six shelters at capacity, many dogs and cats are in danger of being euthanized if they don't find homes soon."

This is not be surprising given the number of 'behaviorally challenged' Pit Bulls kept for up to two years at LAAS shelters (space which could be used for gentle, loving homeless pets) and the number of unaltered/breeders' licenses being issued by LA Animal Services.

But which is the truth? Should “unsafe” dogs be adopted out (often free and/or to homeless individuals) to empty animal shelters?

‘SAVING’ DOGS THAT HAVE BITTEN MORE IMPORTANT THAN PROTECTING PEOPLE

The safety of service providers, the public and other pets is rarely a factor in discussions by the LAAS Commission, other than when they are obligated by statute to consider the constant string of Dangerous Dog appeal hearings in LA -- most involving Pit Bulls that have already attacked and seriously injured people and animals in the city.

Some of these dogs are just moved out of LA with "rescues," where they can be re-adopted to maul or kill more unsuspecting pets/neighbors. Many are left with the LA owners with "terms and conditions."

But there seems to be a disconnect between the significance of "saving" the dog and a moral responsibility to protect the children, adults and pets who may become future victims. In serious displays of reverse-discrimination, some Commissioners refuse to vote to remove (possibly euthanize) any Pit Bull -- and the damage it has done to others is irrelevant.

One Commissioner recently announced emotionally that he had paid the impound fees for an unneutered Pit Bull -- injured when it was shot by two LAPD officers it threatened during investigation of activities at a homeless encampment -- so he dog could be returned free of charge to its owner. The Commissioner then complained and whined at the meeting that the City should find the money from another (taxpayer) source to refund his unfair payment on behalf of the indigent owner. GM Barnette claimed Animal Services had subsequently been unable to locate the owner after numerous inquiries and visits to the area.

In past LA City discussions on raising dog limits--which have been soundly opposed by homeowners and the general public, the Council insisted on proper and widespread public media announcements and commentary from the public. The current notices have been obscured as the last item of "Discussion" only on LA Animal Services agendas and hidden under "About Us" on the Department's complex website.

Not one member of the general public has attended specifically for the purpose of commenting on this very serious issue which will affect every resident, property and business owner and employee or visitor to the city, undoubtedly because they don't know. The few comments in support have all been "rescuers" and others who will benefit financially.

EVERY DOG OWNER NEEDS INSURANCE: PROTECT THE VICTIM AND YOURSELF

It is important that EVERY DOG OWNER has insurance, because even small incidents can be costly and very scary for the owner and the victim.

--The victim may not be able to work, to support a family, to attend school, to pay rent or house payments.

--He/she may not be able to pay for child care or make child-support payments and may incur damaged credit, loss of job.

--The victim may lose the use of fingers, a hand, leg, be disfigured and need extensive (and expensive) reconstructive surgery and/or a myriad of issues may arise for which you could be sued.

If you can't get Homeowner's or Rental insurance and own (or are caring for) any dog, there may be other options.  DogBiteLaw.com provides a discussion (Where to Get Dog Owner Liability Insurance) that can be considered and explains factors in keeping your dog from adding to the claims.

From January 2010 to present, Pit Bull Fatalities shows that 232 humans have died from attacks by dogs identified as Pit Bulls or Pit Bull-mixes.

See the actual photos of the victims and stories of the FOURTEEN (14) FATAL ATTACKS ALREADY IN 2019  HERE.

The following are merely a few that were killed by multiple dogs:

Ashton McGhee 1-year old | Guthrie, Kentucky -- Was mauled to death by a family pit bull-mix...The child's grandmother and great-grandmother suffered injuries while trying to pull the dog off the toddler.

Angela Johnson 54-years old | Anza, California -- Died several months after a violent pit bull mauling. The attack occurred on December 15 as Johnson was hanging laundry in her yard in rural Anza. All three [dogs] were pit bulls or pit bull mixes and there was a known owner."

Bessie "Jill" Peterson 88-years old | Pall Mall, Tennessee -- Was savagely mauled to death by a pack of dogs belonging to her neighbor.

Johnnie Garner 88-years old | Lubbock, Texas -- Was killed by a pack of dogs belonging to her neighbor. Police responded to the 1800 block of East Colgate Street about 6:30 p.m. after it was reported that six dogs were attacking an elderly woman.

Johana Villafane 33-years old | Irving, Texas -- Was mauled to death by her own two pit bulls. The attack happened while Villafane was visiting her dogs in quarantine at O'Connor Animal Hospital due to biting a man eight days earlier.

Like other Pit Bull Attack reporting sites Animals 24/7 takes information only from valid media reports (but unlike most others, includes Canada) and states that:

"Far fewer dogs killed and disfigured people in the U.S. and Canada in 2018 than in 2016 and 2017, which saw new records set in almost every dog attack category that ANIMALS 24-7  tracks from media reports -- but pit bulls in particular are not getting safer.

See the interactive map and searchable database of news reports of pit bull attacks and deaths to mid-November 2018 (USA and Canada).

The following are excerpts from the Forbes article:

In the mid-1990s, the Centers for Disease Control and Prevention conducted a broad analysis of dog breeds involved in fatal attacks in the United States between 1979 and 1996. Over that period, the Pit Bull was identified as the breed/type of dog involved in 60 incidents, ahead of the Rottweiler in 29 and the German Shepherd in 19.

The following infographic shows that the Pit Bull is still responsible for the most fatal attacks in the U.S. by far, killing 284 people over that 13-year period - 66 percent of total fatalities. That's despite the breed accounting for just 6.5% of the total U.S. dog population . . .Due to increasing medical costs and higher settlements due to dog attacks, the average cost per claim has risen 90 percent between 2003 and 2017.

It appears there may be some progress in decreasing Pit Bull and other dog attacks but there are horrific attacks that occur in Los Angeles regularly and many are not reported. There are an untold number of pets and homeless, stray, wandering animals killed daily that go unnoticed because Los Angeles Animal Services does not keep statistics on these incidents, many of which are reported after the animal is dead.

From the above information (and the 2019 actual reports of multi-dog killings by Dogsbite.com) there are a concerning number of "dog packs" or multiple dogs from one location/owner involved in serious and fatal incidents.

Los Angeles should not foolishly increase the number of dogs allowed per household, because of Councilman Paul Koretz' political commitments and Animal Services' GM Brenda Barnette's association with the dog-breeding world.

Any increase will include and affect ALL areas of Los Angeles and make enforcement impossible for our limited number of Animal Control Officers who try to keep the City safe, and the burden it will impose on the LA Police Department, which has become the primary responder to serious attacks.

The current three-dog AND three-cat limit per property allows six animals per household. (This does not apply to rental properties where the landlord imposes restrictions.)

Increasing limits will ADD to the shelter population, not decrease it by additional adoptions sufficient to empty the shelters. Many people will add additional animals from breeding, on the internet or obtain them outside Los Angeles. Sound animal control and management stops the source -- through spay/neuter and licensing. And sensible dog and cat limits sustain property values, quiet communities, insured animals and a safe city for animals and humans.

(Phyllis M. Daugherty is a former City of Los Angeles employee and a contributor to CityWatch LA.) Edited for CityWatch by Linda Abrams.