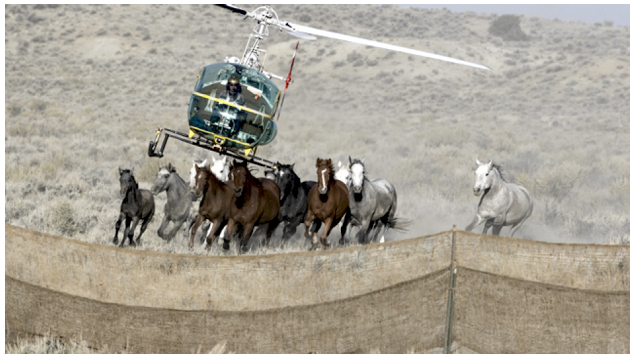 ANIMAL WATCH-California is one of the states with the highest percentage of surplus wild horses and burros; yet, little public or political attention has focused on this. Because of the projected wild-equine population increase, it is a humane issue that is becoming critical from both an ethical and financial standpoint and has gained heightened importance after a recent recommendation by the National Wild Horse and Burro Advisory Board for disposing of these animals.

An estimated 67,027 wild horses and burros roam 31 million acres of public land managed by the Bureau of Land Management in the Western U.S. The agency’s recommended total sustainable population for this space is 26,715. This means the number of animals now exceeds the maximum appropriate level by more than 40,000; and, it is increasing at a rate of 15 to 18 percent annually. The BLM's historical finding is that both wild horse and burro herds double in size about every four years.

Additionally, in August 2016 the BLM reports that the number of off-range -- unadopted or unsold -- wild horses and burros maintained in holding facilities called Herd Management Areas (MHA's) from California to Illinois was over 45,000.

The federal Bureau of Land Management is mandated to manage, protect and control wild horses and burros under the Wild Free-Roaming Horses and Burros Act of 1971. This law also authorizes the BLM to remove excess wild horses and burros, which have no significant natural predators, from the range to sustain the health and productivity of the public lands for multiple uses, in accordance with the 1976 Federal Land Policy and Management Act.

Each year, an inventory is required of the number of wild horses and burros roaming BLM-managed lands. From this, the Appropriate Management Level (AML) is determined. This is the number of animals that can thrive in balance with other public land resources and uses. The AML for California is estimated at 2,200. However, the Golden State's wild equine population is now at 4,925 horses, plus an additional 3,391 burros, for a total of 8,316.

In neighboring Nevada, an epic number of 34,531 wild horses and burros inhabit the federal rangelands -- nearly three times the AML 12,811 figure the BLM says the state can support. Nevada Gov. Brian Sandoval (R) announced in April he will take legal action to force the federal government to fund the management of Nevada’s wild horse population at appropriate levels because of the impact on the state's economy.

The BLM has been rounding up and relocating wild horses and burros to its holding facilities so that privately owned cattle could graze on the land, critics contend. The cost of maintaining almost 46,000 horses in these overcrowded facilities reached $49 million in 2015.

Director Neil Kornze says it can cost about $50,000 per animal to feed and care for wild horses sitting in corrals and pastures over their lifetime and that cost has doubled over the last seven years. He predicts that if the BLM cannot adopt out and/or transfer a significant number of the wild horses and burros being held to other government agencies upon request (such as, the Border Patrol), the cost of feeding and caring for them during their lifetime could rise to $1 billion. 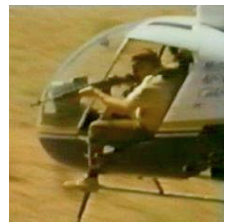 On September 9, in an effort to curb the increasing overpopulation West-wide, the National Wild Horse and Burro Advisory Board, which suggests policy for the Bureau of Land Management, proposed a program that would either euthanize (which means shoot) or sell without limitation “all suitable animals in long and short term holding deemed unadoptable.”

Cries of outrage by animal activists accused the government of squandering its very limited resources in rounding up and holding the animals instead of launching a wide-scale birth-control effort.

A petition to the United States Congress claiming that not enough had been done to have the horses adopted was posted by Protect Mustangs  on September 12, declaring, “The public is outraged. Wild horses and burros are living symbols of freedom and the pioneering spirit of the American West.”

Ginger Kathrens, executive director of The Cloud Foundation, a wild horse advocacy group based in Colorado, stated the BLM should advance the use of fertility control vaccines that keep populations in check but allow horses and burros to remain free on the range.

In a chart titled, Population Growth-Suppression Treatments, the BLM explains that the currently available fertility control vaccine (PZP) is limited to a one-year period of effectiveness (initially assumed to be 22 months) and must be hand-injected into a captured wild horse." If deployed via ground-darting, PZP has the same duration but is very difficult to deliver to an animal which avoids human contact and the sizes of the herds makes it difficult to locate or track individual animals.

Kathrens told the House Subcommittee on Federal Lands earlier this year that. “Current management practices of round-up, removal and warehousing … cause compensatory reproduction – an increase in populations as a result of decreased competition for forage.”

"In other words, there would not be a surge in wild horses if the BLM hadn’t removed most of them from their land in the first place," summarizes Inhabitat.

Director Neil Kornze advised Congress in his 2017 budget request that the BLM is "overwhelmed" and sees no slowdown in population of these animals. BLM is requesting the establishment of a congressionally chartered foundation that would help fund and support efforts to adopt horses that have been rounded up.

Kornze told a House Appropriations subcommittee in March that the growing herds are causing environmental harm to vast swaths of rangeland. Among other things, he asked Congress to help by authorizing tax credits to "incentivize adoption" of wild horses (E&E Daily, March 4.)

Skeptics pointed to the Washington Times article on October 24, 2015, confirming a report by the Interior Department's Office of Inspector General that between 2009 and 2012, the BLM sold 1,794 federally protected wild horses to a Colorado rancher who admitted that most of the horses that he purchased through the BLM's Wild Horse and Burro Program went to slaughter. The Times also reports that taxpayers footed the $140,000 cost of delivery of the animals.

On September 15, BLM spokesman Jason Lutterman issued a rapid response that the agency will NOT institute the controversial proposal by the National Wild Horse and Burro Advisory Board. “The BLM will not euthanize or sell without limitation any healthy animals. We’re going to continue caring for and seeking good homes for the un-adopted animals in our off-range corrals and pastures.”

To sell the animals “without limitation" essentially removes protocols established in a BLM 2013 policy aimed at ensuring they won’t be slaughtered and includes other provisions to assure that these protected animals are not resold or do not fall into the hands of abusers.

Now we have more facts, but resolution still seems to be at an impasse. How would Californians react to the possibility that -- without progress in management -- thousands of the Golden State's wild horses and burros could face euthanasia?