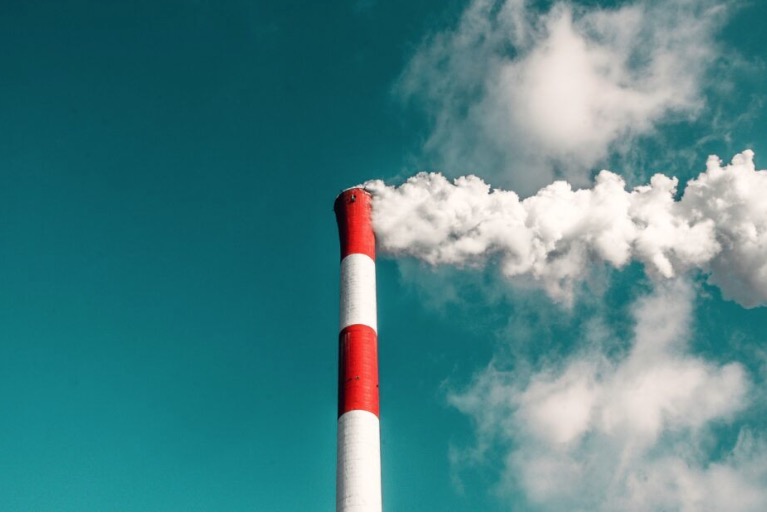 FOSSIL FUELS - Mother Earth’s affair with coal goes back in time to when swampy forests predominated the planet 360 to 299 million years ago during the Carboniferous Period of the late Paleozoic Era.

Over the course of millions of years dead plant matter submerged in the ancient swamps transformed by way of geologic forces of heat and pressure into moist low-carbon peat, and over considerably more time, voilà! It transformed into jet-black coal.

It took millions of years to compress the coal into a carbon rock that takes approximately 16 hours to burn in a stove or furnace.

The resultant heat caused by burning a lump of coal is felt in the atmosphere within 95 days, which is the time it takes for its carbon emissions to trap enough heat in the atmosphere to equal the amount of heat generated when burning the lump for 16 hours in a furnace. But, it doesn’t stop there, as shall be explained in more detail.

According to the eminent atmospheric scientist Ken Caldeira of Carnegie Institution for Science: “If a power plant is burning continuously, within 3 to 5 months, depending on the type of power plant, the CO2 from the power plant is doing more to heat the Earth than the fires in its boiler… CO2 accumulates, so by the end of the year, the greenhouse gases will be heating the Earth much more than the direct emissions from the power plant.” (Source: Greenhouse Gas-Caused Warming Felt in Just Months, Carnegie Science, June 2, 2015 via Geophysical Research Letters)

Thus and therefore, civilization is powered or energized by way of a tiny thread in geological time. Sixteen hours is only a blink of time within the context of millions of years, which helps to explain The Coal Equation: Millions (1,000,000s) of years of creation transformed by sixteen (16) hours of burning = Hundreds (100s) of years of overheating the planet.

All of which makes the 16-hour transformation to dust and vapor look very, very insignificant. But, it happens to be the most significant part of the equation, as sixteen hours changes the course of centuries, both before as well as after.

Metaphorically, sixteen hours of burning coal is a trigger mechanism for the biggest gun in human history, Bang! Millions of years of pent-up energy is released in a few hours. Welcome to the advent of global warming. It’s noticeable that coal is a non-renewable resource. Once burned, it’s basically gone as CO2 into the atmosphere as a blanket that heats the planet for a very long time.

Greenhouse gas emissions from burning coal are only one part of the global warming process. A new study shows that coal mining, in contrast to burning coal, also releases methane (CH4) emissions that, in fact, exceed the CO2-e of more than 1,100 coal-fired power plants in China alone. And, that’s before coal burning even takes place. Moreover, China’s coal mine methane emissions are 10xs the rest of the world combined. (Source: Global Energy Monitor: Global Coal Mine Tracker, March 2022)

What’s more, China’s tenacious love affaire with coal is on the rise once again. Commercial, industrial, and RE developments are much more important to the CPC than the challenging ramifications of The Coal Equation.

Worldwide: “Coal mining emits 52 million metric tons of methane per year, more than is emitted from either the oil sector, which emits 39 million tons, or the gas industry, which emits 45 million tons.” (Source: Ryan Driskell Tate, Bigger Than Oil or Gas? Sizing Up Coal Mine Methane, Global Energy Monitor, March 2022).

“A boom in new coal mines and mine expansions commissioned in China since mid-2021 threatens to raise global methane emissions by at least 10%… This explosion is at odds with pledges by China to reduce methane emissions over the rest of the decade.” In response to an acute domestic “energy crisis” at the end of last year, China commissioned new mining capacity that unleashed an estimated 2.5 million tonnes (Mt) of new coal mine methane emissions within a matter of months. (Source: Ryan Driskell Tate, et al, Why China’s Coal Mine Boom Jeopardizes Short-Term Targets, Global Energy Monitor, May 2022)

The Global Energy Monitor goes on to explain that China’s coal expansion is clearly at odds with pledges to phase down coal by mid-2020s. Based upon current plans, there’s no way China can meet its commitments to the world community. They’ll keep on burning and emitting black smoke filled with nitrogen oxides, sulfur dioxide, particulate matter, and mercury along with CO2.

“The surge in new coal production to meet electricity shortages boosted China’s mine capacity 464 Mt, with actual output up at least 270 million tonnes, more than the annual output of South Africa (246 Mt), the world’s seventh largest coal producer… On top of the surge in new coal mine capacity last year, China has 559 Mtpa of new coal mine proposals under development, which is equivalent to the output of Indonesia (564 Mtpa), the world’s third largest coal producer,” Ibid.

Relevant coal data by the incomparably masterful work of Alex Smith’s Radio Ecoshock entitled Future Black As Coal d/d June 15, 2022 pinpoints crucial data on coal mining in China and worldwide, to wit: (1) Coal mines never stop emitting methane, even when they are closed or abandoned (2) A 2019 analysis by Carbon Brief discovered the unsettling fact that coalmines emit more methane than the oil and gas industry (3) The UN and major institutions in harmony with the UN are publicly making important climate change assumptions with severely underestimated figures.

“According to Carbon Brief, real methane from fossil fuels could be 20% to 40% higher than we have been told.” (Tate Report) That’s a blindsiding disaster in the making. But, it does help to explain how and why ecosystems throughout the world are coughing up blood.

Even more distressing yet, if all new mining projects now under development go into operation, global methane emissions from extraction of coal could rise by up to +21.6%. (Radio Ecoshock References)

In fact the Radio Ecoshock article carries a very ominous-looking graph of Global Methane emissions during the period June 1985 thru February 2022. Starting in 2018-19, it suddenly turns up nearly vertical or parabolic. This could be big-time trouble down the line that should rattle the cage of any and all users of coal and other fossil fuels and most certainly of the anti-coal protestors. But, those cages are ironclad.

Meanwhile, China undermines the goals of Paris ’15 as if nobody ever agreed to slow down carbon emissions. But, nearly every country in the world, including China, agreed to cut emissions to hopefully hold global temperatures below 1.5C-2C, pre-industrial. “Hopefully” is the proper adverb, and it should be in bold letters because “hope” may be all we’ve got at this juncture of an increasingly virulent climate.

Decidedly, in large measure, because of China, methane emissions are much worse and more pervasive than realized and probably not properly accounted for in IPCC calculations, which is somewhat comparable to driving blindfolded over a mountain pass.

Still, it’s a given that China will switch to renewables in a panic mode once their major shipping ports start flooding on a regular basis. But, when is it too late to do something, or anything at all?

(Robert Hunziker, MA, economic history DePaul University, awarded membership in Pi Gamma Mu International Academic Honor Society in Social Sciences is a freelance writer and environmental journalist who has over 200 published articles appearing in over 50 journals, magazines, and sites worldwide. He lives in Los Angeles and can be reached at [email protected])