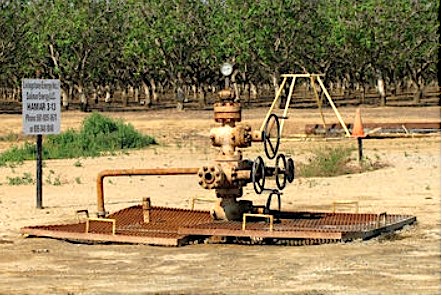 THE ENVIRONMENT - Nothing so illustrates the mindset of green politics, particularly in California, as the word “natural,” which is taken to mean unspoiled, pure, and better than the workings of man.

Yet few places are as fundamentally artificial, if measured by its dependency on human intervention, as California.

So why do California’s progressives, and so many others, yearn for what the historian Leo Marx dubbed the “pastoral ideal”? Much has to do with the state’s rapid population growth from 1.5 million in 1900 to nearly 40 million today, which resulted in a regime of environmental rapine that many still living experienced.

California would not exist in anything like its modern form without massive engineering. Largely dominated by desert, flammable, dry chaparral and high mountains, California depends on human-created technology to bring water to its bone-dry coast. It taps distant dams for the bulk of its electricity and food and would have never grown its population without this manufactured transformation of its natural environment. “Science,” as the University of California’s second president, Daniel Coit Gilman, put it, “is the mother of California.”

The Origins of Environmental Politics

Modern environmentalism rose in California, starting with the unsuccessful attempt by The Sierra Club to halt the flooding of Hetch Hetchy Valley in Yosemite to supply water to largely waterless San Francisco. This struggle presaged an almost endless succession of battles across the state over land use, energy, and water development. When the Sierra Club’s solutions seemed too tame, the Friends of Earth, also founded in San Francisco, generally pushed more extreme policies.

Over the last few decades, California greens have evolved. They started as largely conservationist, with a bipartisan base of affluent middle-class homeowners, who looked askance at development near their neighborhoods. By the late 1960s, however, the green agenda became increasingly shaped by visions of a dystopian future, epitomized by Stanford’s Paul Ehrlich’s 1968 Population Bomb, with its predictions of mass starvation on a global scale.

Ecotopia, published in 1975 through an obscure press, by Ernest Callenbach, an equally obscure movie critic, sold a million copies. The cult classic was followed with a 1981 prequel, Ecotopia Rising. These two books tell the story of a successful secession by greens in the northern coastal areas from the rest of the polluted, dystopic United States on the other side of the Sierra.

Ignoring the costs and trade-offs

The architects of our green policies often ignore both nuance and inevitable trade-offs. In coverage of fires, the legacy media mindlessly repeats Governor Gavin Newsom’s claim that the conflagrations are caused by climate change. Predictably, the New York Times suggests that California is “ground zero for climate disasters,” while the  claims that California now fights not just fires and droughts but “climate despair.”

Read the rest of this piece at American Mind.

(Joel Kotkin is the author of The Coming of Neo-Feudalism: A Warning to the Global Middle Class. He is the Roger Hobbs Presidential Fellow in Urban Futures at Chapman University and Executive Director for Urban Refo)

(Marshall Toplansky is a Clinical Assistant Professor of Management Science at the Argyros School of Business and Economics at Chapman University.)