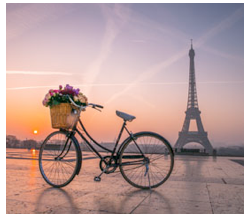 RIDE ON, RIDE ON-The recent attacks by Daesh in Paris were horrifying, but … Paris has seen worse than this. The City of Light was occupied by the Third Reich during World War II, and survived both the Nazis and the Collaborationists.

When I lived all-too-briefly in Paris in 1982, it was undergoing a wave of bombings, shootings, and stabbings related to the conflict between Israel and the various Palestinian factions. It was the first time I saw ordinary cops standing on street corners holding submachine guns.

Paris survived, as it survived the Reign of Terror that followed France’s own revolution back in 1789. In that case, the terrorists were all native French.

Paris survived, and it is still the beating heart of enlightened liberalism. As long as it doesn’t let Daesh push it towards becoming a police state, we’ll always have Paris.

But let us not forget that cities all over the Middle East experience similar horrors every week. Unless we stand in solidarity with them as well, there will be no peace.

As others have noted, it is Daesh that the refugees flooding Europe’s borders are running from.

Those people are our natural allies. They are not religious zealots; they are liberal Muslims who want to live in a liberal society, a society where people have choices. Daesh is a faction of hierarchical conservatism, often but not always associated with religious fundamentalism. (Mao and Stalin also practiced it.)

What do bikes have to do with all this?

Simply this: the movement to accommodate bicyclists, walkers, and transit users on our streets is an inherently liberal movement. Human-scale development -- Complete Streets, Vision Zero, et al -- supports personal diversity, small local businesses over corporate chains, and individualized development of neighborhoods. Automobile-centric planning requires standardization of street types, and a homogeneity that supports the economies of scale that corporations depend on.

In the United States, at least, the (hardly) “all-powerful bike lobby” stands for a human-oriented pattern of neighborhood development; the opposition, with its hate-filled rants, represents hierarchical conservatism that is not yet brave enough to resort to overt violence.

But don’t the threats of violence towards cyclists, shouted from behind the veils of Facebook, sound much like the actualized promises of terror groups such as Daesh? Isn’t what the NIMBY’s preach nothing but intolerance, the exhortation that we should all be just like them…or be crushed under their wheels? This is the baby version of “convert or die.”

We are not stopping bullets here on the streets of Los Angeles. (Well, not often.) But we are trying to stop the kind of public behavior that could very well eventually lead to bullets: the kind of minor terrorism that claims a right to run us down if we’re “in the way” -- infidels that we are. Stopping that can be our best statement of solidarity with Paris and Beirut: to uphold the liberalism that allows for each to live freely in harmony with her neighbors. In harmony -- not in unison.

(Richard Risemberg is a writer. His current professional activities are centered on sustainable development and lifestyle. This column was posted first at Flying Pigeon.)  Edited for CityWatch by Linda Abrams.