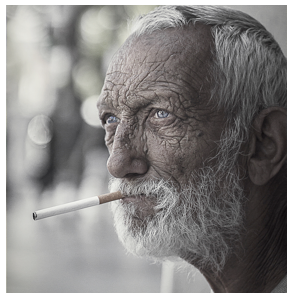 HOMELESS WATCH-- At a time when homelessness has exploded across both Los Angeles City and LA County boundaries, our elected leaders need to do just that: LEAD!

The recent convening of the newly formed Homelessness and Poverty Committee by the LA City Council proves that “the homeless problem” has grown to a level of widespread concern. There are very few examples of solutions that work and not enough high-level public meetings and discussions taking place to make Angelenos feel confident in the leadership of our elected officials on this critical issue.

I must plug my support for the creation of a Skid Row Neighborhood Council which would devote its entire focus to Skid Row and its homeless issues. This would be a specific venue for all concerned citizens of LA who want to voice their individual concerns. It would also be a place to track the discussions and solutions offered by those living within the nucleus of “the homeless capital of America.” Both are necessary components for a true solution – one that would invite everyone to the decision-making table -- a perfect example of what true democracy looks like!

Los Angeles County has indicated that they will create their own “by-name registry” of homeless persons in order to provide healthcare services. The City of Los Angeles has already indicated that it “fully embraces” the Coordinated Entry System (CES.) This is considered by some to be a solution, but it was created by, and is controlled by, a non-profit organization without any input from the City.

There are those who put their complete faith in this non-profit -- the United Way -- because of its name-brand recognition. But some of us are not impressed by a name. We are more concerned with its track record on homelessness (or lack thereof) and is inability to meet self-proclaimed, publicly-announced deadlines (as they rake in millions of dollars.)

Let’s focus on the City’s “blind devotion and commitment” to CES: The only reason we can see for the City of LA to blindly commit to United Way’s “random marketing campaign,” which is billed as a solution, is because the City needs to come up with a solution … and quickly!

There are major concerns about CES’ viability and even more so, about the City’s liability. We are talking about taxpayer money if this so-called “solution” backfires. And yes, we have numerous thoughts on how this “blind solution” could backfire.

For various reasons, the Coordinated Entry System was flawed from its inception. Here’s a few reasons why:

First, the “Coordinated Entry System” does not have any housing attached to it … period! CES is nothing more than a database of names, symptoms and additional information that will be kept for future reference once, or if ever, housing becomes available. There are no guarantees, and if it doesn’t, CES will be nothing more than an expensively created database of homeless persons.

Sadly, the majority of these people will never be seen again after the original point of contact due to the transient nature of being homeless. There is simply no way of knowing where they will be should the hoped-for CES-related housing be created. We could end up with a database full of qualified homeless persons who cannot be located once their name comes up for housing availability.

Second, the CES project is completely voluntary. If homeless persons are not interested or cannot be convinced to offer up their personal information to complete strangers who are promising possible housing and services, there will still be thousands of homeless people on the streets with no viable housing solutions.

Third, for those who make “jails and prisons” part of the homeless conversation, a true Coordinated Entry System would also be a coordinated “re-entry” system, accounting for the needs of those who have spent 12 months or more incarcerated and who do not have housing upon release. This is an important factor in attempting to significantly reduce extremely high recidivism rates. Countless inmates wind up back in prison due to the inability to secure stable housing either prior to or upon their release.

A fourth flaw is that the Coordinated Entry System is promoted as an “all-in” database with numerous service providers, healthcare professionals and law enforcement personnel who are considered to be “community partners.” While there are multiple problems with this structure, the most glaring is potential violation of the “physician-patient privilege.” An internet search on Wikipedia states it best:

Physician-Patient Privilege is the “rationale behind the rule is that a level of trust must exist between a physician and the patient so that the physician can properly treat the patient. If the patient were fearful of telling the truth to the physician because he or she believed the physician would report such behavior to the authorities, the treatment process could be rendered far more difficult, or the physician could make an incorrect diagnosis.”

This severe flaw will automatically impede any and all progress. If law enforcement has access to this database, it is an automatic judicial violation of an individual’s right to privacy. This is especially concerning because the City of LA has deferred to an outside entity regarding “governance of a database.” Not only United Way but every other healthcare provider and law enforcement entity will have access to the database. If there is a breech in confidentiality, all parties involved will be presumed guilty, including the City of Los Angeles and its taxpayers, costing us millions of dollars in damages.

You’d think it would make sense for the City of LA to create its own “homeless database system” so it could control who has access to it, as it does with all of its internal databases. Los Angeles County is currently in the process of creating its own database. If the CES system were to be hacked, it would be virtually impossible to trace the leak of information since so many thousands of employees would have access to the confidential files of these, our most vulnerable citizens. During their most troubled time of need, homeless people should be protected from countless eyes and hands having unlimited access to their personal information.

Why on earth would the City of Los Angeles be so lazy to just accept the first offer put before them by a non-profit agency?  Why wouldn’t they keep the best interests of all Angelinos in mind and thoroughly vet this concept before buying into it?

The Coordinated Entry System is a bad idea for all the above reasons above and more. Our City’s elected officials must do a better job representing the best interests of all our citizens – including the homeless.

We need to have protections in place that can help us all rest easier. Coordinated or not, this “entry system” needs to exit!

(General Jeff is a homeless activist and leader in Downtown Los Angeles.) Edited for CityWatch by Linda Abrams.