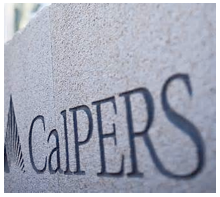 PROTECTING PENSIONS-Let me start with the event that prompted this article. The CalPERS August 2015 Investment Committee Meeting which was captured on video.

After reviewing the presentations, a number of very smart financial services industry pundits noticed something significant:  the highly paid, supposedly brilliant, CalPERS staff gave their Board "evasive and incorrect answers to simple questions about private equity fees." Faced with potential malfeasance of their staff, the Board members (blissful in their ignorance) have rallied around the flag to support "their" staff. What they should do is remember their fiduciary duty to the members of the Plan and to the taxpayers who pay the salaries and benefits of plan members.

I know you’re wondering what this has to do with you and me. Well, it does. Big time.

First, some context. CalPERS stands for the California Public Employee Retirement System. It consists of a number of interconnected funds which handle the pension plans for state employees, school employees, and a huge number of city, county and special district employees within the State of California.

It’s important to note that the funding of public pension plans is based on actuarial assumptions that they will grow by a certain percentage each year, usually around seven percent. But investments do not always grow at this rate, so the plans can become underfunded, requiring an increase in contributions.

CalPERS is also far and away the largest public pension plan in the U.S., with about $300 billion in assets, covering over 1.5 million employees, retirees and their families. When CalPERS plays in the markets, the markets take notice. No leverage is required when a pension plan is that big and directly controls that much money.

So when it appears that high level staff members at CalPERS are feeding a line of baloney to their Board of Directors -- and the Board is ignorant or indifferent enough to eat it up -- it’s a big deal – an especially big deal when it concerns the private equity investments made by CalPERS which is over $30 billion. These are the investments they rely on to make that annual seven percent revenue increase required to keep the funds on target.

Private Equity to the rescue, promising all kinds of great returns. Except, as it turns out, they just might be lying through their teeth. And the public can’t find out because Private Equity requires non-disclosure agreements (NDA’s) as a condition of giving them our money.  That’s right, CalPERS refuses to cough up information about fees, expenses, internal controls, and subscription documents on the grounds that they are proprietary confidential information.

It’s not surprising that a lot of the promises made by private equity funds just might not be true. All the hidden fees and charges they siphon off from their investment activities result in substantially less return on investment (ROI) for CalPERS. It also makes it easy for bad actors to cheat. So when you combine that nasty truth with the spectacle of a group of highly paid CalPERS employees misrepresenting these realities to their bosses at the Investment Committee meeting, it’s legitimate to wonder if CalPERS is getting ripped off.

Ok, so why should you worry about any of this? For one thing, with the exception of LA City and County, almost every public employee in a school district, community college, city or special district in the greater Los Angeles area has a pension managed by CalPERS. That's alot of folks. And there is a big impact on our local communities if key CalPERS staff members don’t do their jobs, whether it be because of incompetence or, even worse, because they have special ties to some of those private equity funds.

I am not usually an alarmist, but consider this: If the 800 pound gorilla in the room – the supposedly wise and sophisticated CalPERS – is taken advantage of under the guise of private equity NDA agreements, how well do you think the much smaller LA City and LA County retirement systems might be doing? For that matter, for those who don’t have such a pension plan, how much of your 401(k) or other deferred compensation plan is tied up in private equity investments?  Maybe you should take a look.

By way of full disclosure, I usually avoid writing about public sector pension plans for three reasons.  First, they are complicated. Second, no one seems to want to read about them unless the storyline is a hit piece on greedy public employees who are destroying the world as we know it. And third, I often get involved as a mediator on issues relating to pensions and retiree health and welfare, so I am usually reluctant to talk about them.

Back in the 70s and 80s he and his buddies exploited the system by targeting a private company with a healthy, fully funded pension plan. These raiders would make a hostile takeover bid and grab up the company -- using the equity in the company’s pension plan to pay for it. Then they would quickly convert the funded pension plan into a phony uninsured "annuity" through their insurance buddies. Later, the annuity would go broke as it ran out of money...but Carl and his group would always get theirs.

In the meantime, Icahn would gut the company, break it up, get rid of workers, then “take the money and run” before the shell collapsed. Nice guy. A Captain of Industry and favorite of financial television channels. These days, they don’t call him a corporate raider. No sir, they call him an “Activist Investor” and a “Philanthropist” as they snuggle up to him. Humbug.

Those interested in the details of recent revelations regarding CalPERS should take a look at the highly ranked and very savvy financial blog Naked Capitalism.

They write good articles and they name names! The subject matter is a little dense, but it is imperative that Angelenos have a real discussion about California public pensions in general, and   CalPERS in particular. Do this “toot sweet” (or as the French say, tout de suite.)

The sustainability of our system is at stake. And it really pays to know who the bad guys are.

(Tony Butka is an Eastside community activist, who has served on a neighborhood council, has a background in government and is a contributor to CityWatch.Tony can be reached at [email protected])  Edited for CityWatch by Linda Abrams