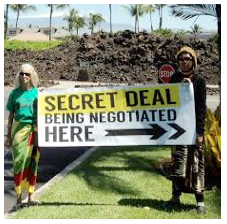 MUSING WITH MIRISCH-Earlier this month the LA Times published an editorial with the headline, "Los Angeles could use more COIN." COIN stands for Civic Openness In Negotiations and it's a transparency ordinance that a number of cities, including Beverly Hills, have adopted.

The ordinance aims at increasing transparency and public participation in municipal labor negotiations, requiring independent fiscal analysis and creating rules to avoid conflicts of interest. As is the case in many other cities, the cost of labor is by far our largest expense, amounting to almost 70 percent of our General Fund budget.

In the meantime, Senate Bill 331, authored by State Senator Tony Mendoza (D-Artesia), made its way down the legislative pike in Sacramento and is now headed to the Governor's desk; it could easily be known as the anti-COIN bill. It is a clear attempt by labor-lobbied legislators to force cities and counties to repeal their existing COIN ordinances and to dissuade other cities from adopting their own.

Described by the Contra Costa Times as "revenge legislation," engineered by public unions that can't stand transparency, the thrust of the bill is to make cities that have COIN ordinances jump through a series of additional hoops on non-labor contracts, hoops which in some cases go far beyond anything required by the COIN ordinances themselves. 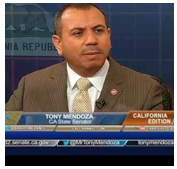 Mendoza (photo) has chosen the acronym CRONEY for the bill, which stands for "Civic Reporting Openness in Negotiating Efficiency Act." In addition to brushing up on the principles of open government, Sen. Mendoza needs to take a course in acronym-building. Even if you allow the "i" in "in" to be elided from the acronym, his bill should be known as CRONE. The "y" in the word "efficiency" comes at the end, not the beginning of the word, and "ey" is not even close to being a standard abbreviation for the word "efficiency."

No matter, let him have his CRONEY, which isn't even an English language word. "Crony," on the other hand -- as in "crony capitalism" -- is a word. Sen. Mendoza probably has no idea how rich with irony the misspelled acronym of his misconceived bill is.

In the author's statement, Mendoza writes, "SB331 will increase transparency in public contracting." He then writes,

Under the bill, a local jurisdiction where a COIN ordinance exists will be required to expand transparency to all contracts with private entities for goods and services... Transparency in public contracting is needed in ALL public contracting, and can't be effectively directed at just one interest group.

If Mendoza and the legislature were really interested in transparency, then they wouldn't apply the numerous CRONEY requirements solely to cities which have adopted COIN ordinances. If they really thought that across-the-board transparency was important, they'd make every public jurisdiction follow the process -- including the state legislature itself, which already has an interesting history of exempting itself from its own rules.

Mendoza and his labor allies are attempting to paint the bill as a matter of basic fairness, by suggesting that the same rules should apply to everyone. Hey, if we have a transparency and disclosure process in place for labor negotiations, shouldn't we also have it in place for other municipal contract negotiations?

Yet as the State's legislative analysis itself says,

Really want fairness, Senator Mendoza? Then how about a bill lifting open meeting exemptions for labor negotiations and imposing the same kinds of requirements on labor contracts which already are required for public works contracts?

Senator Mendoza and the Democratic-controlled state legislature are neither interested in fairness nor transparency. They are clearly not concerned, as the LA Times wrote in its editorial, that "too often, [labor] contracts are negotiated in secret, ratified by union members and quickly rubber-stamped by elected officials, many of whom rely on labor unions for campaign contributions." Quite the opposite.

What is perhaps most offensive about SB331 is its brazen hypocrisy. If there are non-labor contracts which aren't being dealt with in an open and transparent way, then the solution is to bring sunshine into that process, not to bring darkness into labor negotiations, which often have complicated benefit and retirement formulas -- and which can have significant long-term fiscal impacts, including the accrual of unfunded liabilities which can burden cities for decades.

One can only hope that the governor vetoes this bad bill, because we need more COIN and less CRONEY-ism in Sacramento. And we also need better acronyms.

If we really want an accurate reflection of the bill's content, SB331, the Mendoza line on transparency, should probably be known as the "Senate Tolerance Of Onerous Governmental Encroachment Act," or STOOGE.

(John Mirisch is the Vice Mayor of Beverly Hills and an occasional contributor to CityWatch.) Edited for CityWatch by Linda Abrams.