AIRBNB ASSAULT-So what’s been going on with the Airbnb situation since the City Council’s PLUM Committee hearing last month? Well, not much … at least in public.

There’s been no scheduled Planning Department outreach and there’s been no meaningful public activity taken by the City Council. But there has been one technical change -- Councilmember Bonin and President Wesson realized after the PLUM Committee hearing that they had ignored the Public Housing aspect of Airbnb in their motion.

As I write this article, I am unaware of any scheduled Planning Department outreach, something that was promised by the PLUM Committee. Therefore, we are left only with the original motion and with Councilmember Bonin’s remarks at the PLUM hearing that he and Council President Wesson both like “good short-term rentals”, and both oppose “bad short-term rentals.” Really? 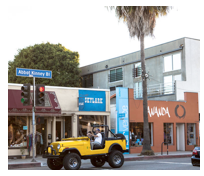 The man who seems to be taking the lead on the short-term rental issue is CD-11 Councilmember Mike Bonin. He represents Bill Rosendahl’s old district, including Brentwood, Mar Vista, the Palisades, Venice, West LA and Westchester. There is a certain logic to his involvement -- one of the most vocal groups at the hearing were people from Venice arguing that their community’s affordable housing is being turned into Airbnb hotels.

Although I do not know him, Mike Bonin seems to be an interesting career politician. An Easterner from Massachusetts with Harvard credentials, he has a bi-coastal political biography. He started out in LA working for Ruth Galanter, then Representative Jane Harmon, and finally as Chief-of-Staff to Bill Rosendahl, with some timeout for the Obama campaign.

When Rosendahl chose not to run for re-election, Bonin easily won the seat in 2013. Note that his district includes a lot of new economy high technology companies like Google, YouTube and Microsoft.

The latest Big News is the Mayor and City Council’s bid for the 2024 Olympics. Can’t help wonder what the implications of this will be for the Airbnb ordinance. Our elected officials were so giddy with their forward thinking, that they ran away from their bad math, choosing instead to go forth and press the flesh during the Labor Day weekend festivities.

Angelenos who suffered through the 1984 Olympics could argue either side of hosting another one. In terms of the Airbnb debate, I think it simply raises the stakes. First, most of the Councilmembers will be termed out by 2024 and therefore not around to account for their actions. Second, Airbnb and its allies must be salivating at all of the money to be made during the next Olympics.

Meanwhile, the Airbnb folks have been busy indeed. In Paris, Airbnb recently cut a deal with local officials to start collecting a “tourist tax” for the government, covering the 50,000 plus existing Airbnb listings in the City. That’s right, over 50,000 listings in Paris, France!

Allegedly, this business model will be exported to other Airbnb cities throughout Europe. It fits perfectly with deals they have made in cities like DC, Chicago, San Jose, San Diego, and San Francisco.  Brace yourself.

I think the biggest announcement from Airbnb, though, is that they have hired a gentleman named Chris Lehane as their “Head of Global Policy and Public Affairs.”

Mr. Lehane is a Massachusetts born, Harvard-educated political consultant who made his bones doing damage control for President Bill Clinton during his legendary scandals. According to some sources, he is known for and is proud of playing hardball-attack-dog-politics on behalf of his clients.

Although he has big time DC connections and a lobbying firm, he is no stranger to California. He has worked here on many statewide ballot measures that were both lucrative and allied to Democratic Party interests. That means he’s super-connected to the California Democratic Party establishment, including the professional political class that moves from office to office in our State.

I have no idea whether or not Chris Lehane knows Mike Bonin, but in the close-knit insider world of California Democratic politics, it would seem likely. Both are from Massachusetts, both went to Harvard, and both are heavily involved in the Party.

My only point here is that there could be a legitimate issue here:  Chris Lehane is taking over the Airbnb policy and public affairs mantle -- just as the City of Los Angeles grapples with a very contentious and divisive ordinance governing short-term rentals.

And this, just as Councilmember Bonin is in the meat grinder process of developing ordinance language and getting ready to engage the public.