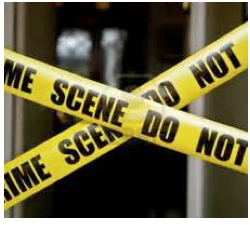 Take a look at the latest Los Angeles News and Breaking Headlines. They tell a frightening story about the City of Angels:

“Man refuses to give up money in Westlake District, is shot twice.”

“As Downtown Crime rises, both Cops and residents must play a vital role.”

“Conspirator in Cop Killing Paroled—a Hint of Things to come.”

“Man in critical condition after beating at night club.”

This is just a small example of some of the headlines that appeared in various Los Angeles publications during the past few days.

With the increase in Los Angeles crime, what would you think the Los Angeles City Council and Mayor would be doing to address the violence and carnage taking place throughout the various communities of Los Angeles?

One would imagine that the LAPD would be deploying additional personnel and resources into high crime areas to counter the violence and loss of life. To my shock and surprise, I found it interesting that the Los Angeles City Council recently pushed through an ordinance restricting the number of bullets police can place into their magazines to ten.

This is the most illogical and foolish move elected officials can do during an increase in crime. It’s no surprise that the Los Angeles City Council is working on additional rules and regulations to further restrict the ability of law-abiding citizens to protect themselves, their families and their businesses with weapons.

City Council needs to help and protect the good and honest residents of the city. Our Mayor shows little vision or action in this arena.

While I personally like Mayor Eric Garcetti, I am also disappointed with his lack of leadership and effectiveness in other areas. When first elected Mayor over two years ago, Garcetti promised to shake up City Hall by reviewing the work of the General Managers, all of them earning six figures salaries. He said he would make changes where necessary.

It’s now over two years into his first term and not much has changed. The number of General Managers that have been given the boot is very small, despite the fact that recent court settlements reflect the lack of effectiveness in the General Managers’ overall leadership. Too many excuses have been given -- a constant response in the face of too many of the problems we have in Los Angeles.

Just look at the number of customers that have been overbilled for water, electricity, and other DWP services. In addition, the DWP must audit all of the 1.6 million LADWP customers and will invest 20 million dollars in an overhaul of its billing system. But who will pay for this? Each and every one of you.

The DWP water and power rates are going to increase in the near future. This increase will be in the area of 25 to 30 percent over five years with the intent of raising $900 million for the power side and $230 million for the water distribution and storage system.

Another matter concerns the collection of junk, trash and garbage in South Los Angeles. The Mayor has called for an investigation into the City’s abandoned waste pickup program amid revelations that some of the city’s poorest neighborhoods are seeing longer wait times for the removal of abandoned couches, mattresses and other bulky items. The response of the Director of the Bureau of Sanitation? A faulty computer system. More excuses and lack of effectiveness at the hands of one more city department.

That’s it for this week … more to come in future articles. I welcome your comments and concerns.