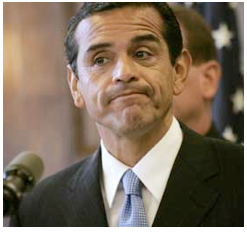 THE CITY-In a little noticed announcement, attorneys filed a motion in court for approval of a $92.5 million settlement in the TUT (Telephone Utility Tax) lawsuit against the City of Los Angeles on behalf of you and me, who got bilked out of millions by our elected officials back in 2006. Yes, that’s $92.5 MILLION!

Here’s the thing - when the LA City Council and the Mayor adopted the original TUT Ordinance in 2006, they knew the whole deal was illegal!  That’s right, they knew it when they did it. Their motive was as old as politics -- take the money and kick the can down the road.

So why would our elected officials do such a stupid thing? Two reasons. First, our shiny new mayor at the time, Antonio Villaraigosa, and the City Council had a big problem -- based on their inability to do simple math and balance the budget.

I mean, the imbalance was so bad that even a ratings agency was going to have a hard time giving the City a pass. They were desperate to make it look balanced, and a major way to do it was passing the Telephone Utility Tax.

The second reason, and more important to this piece, is that the elected officials who voted for this turkey knew they wouldn’t be around to pay the price!  That’s right, they’d be termed out and wouldn’t give a darn. Therefore, it was not politically stupid. As for the moral and ethical issues -- I leave to you the readers.

Why do I say they knowingly did this? Because Proposition 218, passed in late 1996, guaranteed that you and I get to vote on local tax increases. We didn’t. Case closed. We win.

Except in the City of Angels.  Here’s how they bought the time to beat it out of Dodge ahead of the Sheriff. When the inevitable lawsuit was filed (Arden v. City of Los Angeles), the City never even tried to claim that this tax was legal!  And, no, I’m not making this up. 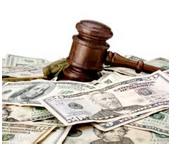 Instead, out came all the big-time lawyers, arguing that the folks who sued didn’t have the right to file a class action suit -- which each and every taxpayer who got screwed would have to file an individual claim!  You gotta give these lawyers credit. The odds that even a fraction of those fleeced would file separate claims were lower than the percentage of people who actually vote in LA City elections.

So they ran with this specious argument -- all the way to the California Supreme Court, which finally decided in 2011 that the obvious was true and the City had to allow a class action suit. Wanna bet these lawyers get hired again by the City?  You betcha!

Back to the City of Angels. While all of this legal maneuvering was going on, and as further proof that the City knew they had ‘done wrong’, the City Council took two bold actions. First, and most important, in a really clever move, they placed Proposition R on the 2006 Ballot and advertised it as a clean government measure to reign in all those pesky lobbyists. What it really did was extend term limits from two to three terms.  And it passed!

Having taken care of their own political backsides, the Council then submitted Measure S on the ballot in 2008, “reducing” the Utility Tax from 10% to 9%, while simultaneously adding new items to be taxed like Internet, DSL, and VOIP.  And of course, this measure passed too. The net impact was to limit the liability that our elected officials ultimately had to explain - like $92.5 million.

Now back to the lawyer stuff. This will demonstrate that if you don’t trust our legal system, it proves that you may be too smart to vote in Los Angeles.

In 2009, well after the elected officials had created their cover, an Appeals Court ruled that the taxpayers were entitled to a class action suit!  Gee.  Note the date and how this worked for the incumbent members of City Council. Once they were allowed 12 years in office instead of the 8 years they originally banked on, the City Council might still have some skin in the game before terming out. You know, when their tax scheme ultimately crashed and burned. Hmm, we can’t have that, can we?

So the self-same attorneys for the City appealed to the California Supreme Court! This clever move bought another two years, not to mention glorious billings. In a unanimous opinion, the State Supreme Court decided that yes, indeed, the taxpayers were entitled to class action status in trying to hold their government accountable. By then it was 2011.

What had never happened along the way was any decision having to do with the actual merits of the case. Namely, was the tax illegal?  So, you guessed it, the Supreme Court sent the case back to the lower courts. And here, our tale of insider manipulation gets even crazier. I mean, they don’t even have plots like this on Game of Thrones.

Now that we were at the stage of talking about the actual merits of what the City did, the attorneys for Ardon (plaintiff in the case) made a Public Records Request for documents in 2013 -- and yes, the case was still going on.   Turned out that the City actually coughed up some Public Records documents that the City’s attorneys in the lawsuit had claimed were ‘privileged’.  So off to Superior Court they went on the issue of whether those documents were admissible.

The Superior Court judge said, ‘too bad, so sad’ to the City’s attorneys, and, you guessed it, we are back to the Court of Appeals, again nowhere near judging the actual merits of the case. In December 2014, the Appeals Court unsurprisingly also said ‘too bad so sad’ to the City, and we may actually be back to the legality issue within the lifetime of a normal human being.

Now, however, the game has changed -- of the original 16 elected officials who perpetrated this scam on LA City taxpayers, only 3 are still around -- Herb Wesson, Jose Huizar and our new Mayor Eric Garcetti. Actually, for practical purposes, those Councilmembers are also gone, since they are in their last terms and cannot run for re-election. Leaving only our Mayor on the hook if anyone bothers to remember.

Guess what?  We suddenly discover now that there’s a settlement of over $92 million dollars that you and I can pay for. With none of the history explained.  Game Really Over.

Here’s a Hall of Shame list of the sixteen officials who were on the LA City Council in 2006, when they did the deed:

* denotes Councilpersons still in office in LA as of today.

For 12 of the 15 members of the LA City Council, and maybe the current Mayor, term limits worked out just fine. They moved on before it hit the fan, knowing that no one would even remember what they did. Except yours truly.

And as you will notice, many of these same officials have moved on to their next political office, going for that Hall of Shame Lifetime Politician Award.

Remember this article the next time someone tries to tell you how wonderful term limits have worked out.