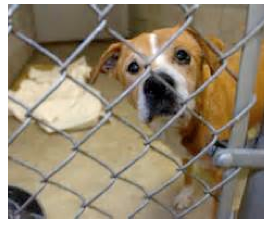 SAVING ANIMALS POLITICS-Recently, KNBC sponsored locally a national effort called "Clear the Shelters" to get more homeless animals into permanent loving families, a noble endeavor that should be enthusiastically repeated with frequency.

But it neither solves nor addresses the question of why animal shelters in 2015 are still so stuffed that governments' primary solution is to kill the animals en masse rather than preventing their births in the first place.

Note my use of the word "kill" rather than "euthanize,"  which means to put to death in order to alleviate pain or suffering. The vast majority of shelter animals are happy-go-lucky, perfectly healthy and not suffering in any way. Millions of them are killed, not euthanized, each year in more than 13,600 shelters across the U.S. Sanitizing these deaths is a big part of the problem, and it is largely the fault of crowing politicians, the parroting media and the cocktail party set chirping about faux change.

In 1999, then LA City Councilmember and future LA County Supervisor Mark Ridley-Thomas took the initiative to pursue a mandatory spay/neuter law. But eventually, this just gave us a loophole-laden law that is anything but mandatory. Today, the City of LA barely differentiates between intact and altered animals, and City Controller Ron Galperin is auditing, among other things, to determine if inexpensive dog licenses are given to those who are intact. He will also discover that thousands of D300 forms, which are promises to have animals spayed or neutered, are not tracked. 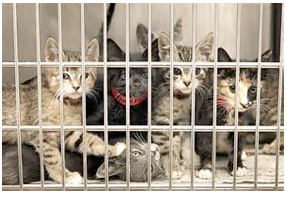 In 2003, Mayor James Hahn promised that LA would be "no kill" by 2008.  But Hahn didn't know then, and our officials still do not know today, that "no kill" actually means killing scores of healthy, happy animals. No formal plans were made, let alone executed, on how to achieve genuine no kill. Even by its most disingenuous definition, LA never came close to no kill. Note the LA Times' misuse of the word euthanasia in this article.

In 2012, City Controller Wendy Greuel conducted an audit of LA Animal Services, concluding that "abuses at every level led me to conduct this audit." The problem is, her handiwork was not conducted at every level, but merely a politically expedient management audit that failed to, among other things, identify the whereabouts of thousands of unaccounted for animals. "How can you call this an audit," a Councilmember asked, "if you never bothered do a headcount?"

Mayor Eric Garcetti recently had an awkward meeting with humane activists who organized protests at his home this summer. He did not know that his own recent claims of "adoptions are up" were due only because 8,303 animals were moved from one city-owned building to another, and not actually living with new families. He also did not know that his "impounds are down" because the shelters charge people $25 to turn in an animal, whether theirs or a stray. Consequently, "impounds are down" because the animals are often not turned in, but are dumped outside the shelter or elsewhere in the city.

City Hall “Panaceans” fabricated another feel-good stat called live release, which should not be applauded. It largely means that animals were dumped in other cities' shelters.

Our leaders must find out why so many animals are still being born and tackle the problem at that level. Why do millions of dollars accrue in spay/neuter trust funds when there are poor communities starving for those services? Why do we lack partnerships with neighboring cities when an intact stray in the City of Burbank at 10am could become pregnant in the City of LA's North Hollywood by 11am?

Animals do not recognize city limits and ZIP codes. Why do we lack a spay/neuter law that says "mandatory," actually means it and is cross-jurisdictional? Why do we fail to collect millions of dollars each year in dog licensing revenue that would not only be self-funding, but could also help enforce such laws?

And (gasp) what are the cultural taboos in some communities that resist spay/neuter or, if they are amenable to it, often only want to spay the female animals, but not neuter the males?

"Clear the Shelters" is a wonderful but bittersweet concept because it just makes room for animals who we keep failing to prevent from being born in the first place. As of today, animals are once again filling up the shelters.

Wouldn't it be great to someday close an animal shelter for the best reason of all...because there is no need for it?

(Daniel Guss, MBA, is a writer and humane advocate who lives in Los Angeles.) Edited for CityWatch by Linda Abrams.