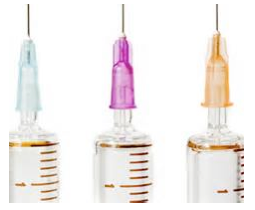 That’s not a wild opinion. It’s a fair allegation, based on the facts.

And that’s a huge problem not only for public health but also for the party, which already has too many huge problems. The party has positioned itself firmly against legislation to end personal belief exemptions for vaccines.

It’s not everyone in the party. Republicans like Andy Vidak and Ron Nehring have, to their credit, been clear in supporting vaccines. But the hard truth is that overwhelming majorities of California Republicans in the legislature voted against requiring all children to be vaccinated (unless they have a health reason for not being vaccinated). And Tim Donnelly, a former Republican contender for governor, is leading an effort to qualify a referendum on the law.

This is self-destructive for a party that is supposed to be standing up for families, public safety and science-based decision-making. At least, that’s what the party used to stand for. It will be hard to take the GOP seriously when it talks about such things – unless its leaders do an about-face and make clear that they believe strongly in vaccines and support SB 277.

Business groups and GOP donors should make plain that they won’t support candidates who don’t support the legislation (yes, it’s a business issue – imagine what big outbreaks could mean for trade and business in California).

One thing that should give Republicans pause: they find themselves on the same side of this issue as the lefty fringe on vaccines (and a few Hollywood types as well).  They’re going along with people selling discredited conspiracy theories about pharmaceutical companies. And in the process, they’ve made themselves accomplices of anti-vaxx bullies.

Republicans need to make clear they believe in vaccines and public health. And then they ought to figure out how to inoculate their party better against nonsense like this.

(Joel Matthews is Connecting California Columnist and Editor, Zócalo Public Square, Fellow at the Center for Social Cohesion at Arizona State University and co-author of “California Crackup: HowReform Broke the Golden State and How We Can Fix It.” (UC Press, 2010)  This piece was originally posted on Fox & Hounds.)