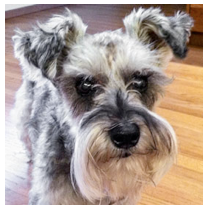 VOICES-On April 24, Mark Salazar, Director of Field Operations for Los Angeles Animal Services, issued a directive to the Harbor shelter staff stating, “Due to continued staffing shortages, Field Services is moving the field officers from Harbor to SLA [South Los Angeles shelter] next Monday.”  He specified, “Officers will be able to be dispatched to the Harbor shelter, if needed, but will not work from there…Officers should only visit the Harbor shelter if called in or to drop off impounds from the Harbor District.”

There is no justification for how driving over 20 miles in traffic congestion will resolve “staffing shortages” and no recognition of decreased services to San Pedro, Wilmington, Harbor City, Palos Verdes and parts of Watts.  Gas consumption and vehicle wear will actually increase costs. Officers will waste hours of time traveling.  Why not leave two ACO’s at the Harbor to handle community needs and drive to SLA if needed?

GM Brenda Barnette and Director Salazar ignored their responsibility to inform the Commission and Council.  In an unpardonable display of disrespect and arrogance, they also failed to notify Neighborhood Councils and homeowner groups representing this densely populated, unique coastal area where the Harbor shelter impounded 4,874 stray, injured, sick, homeless and unwanted animals in 2014, plus provided appropriate response to wildlife concerns.

The order did not surprise LAAS animal control officers and supervisors because it had been unofficially announced and discussed for months.  It seemed unknown to the LAAS Commission when I alerted them of the “rumor” on April 14 during public comment.  However, it did not generate even a simple, “Is this true?” during Barnette’s GM Oral Report nor during later Commission suggestions for future agenda items.

On April 28, I advised the City Council of the imminent shelter changes at the Harbor and later alerted Councilman Paul Krekorian—who shows consistent respect to public comments—that management of LAAS had also indicated to employees intended “consolidations,” including the East and West Valley shelters. This will mean decreased night staffing affecting the entire city.

Although Budget Committee Chair Krekorian, gave her ample opportunity at Thursday’s hearing, Brenda Barnette failed to make a passionate plea for more officers to keep animals and people safe, made no mention that officer are being removed from Harbor or of more planned consolidations due to staffing shortages.  She meekly commented that she asked the Mayor for 24 additional ACO’s but was granted only 12 new officers for six months—contingent upon their salaries being offset by licensing collection (which should be done by automation and lower-paid canvassers.)

Why didn’t Barnette create alarm over the huge increase in dangerous dogs recently impounded and increased injuries to ACO’s?  She made no mention of faulty equipment--collection vehicles whose engines die in the street and one in which the steering wheel came off in the officer’s hands. She bypassed opportunities to mention shifting of the meager 43 officers who provide 24/7 services to almost 4 million people and their pets and that only one ACO has been hired since 2008.

Committee member Koretz led Barnette through a review of her programs passed by his Personnel and Animal Welfare Committee, which were almost devoid of success in her five years on the job.  Councilman Blumenfield concentrated on possible appropriation of $500,000 for an EIR enabling TNR to release feral cats into communities, with no discussion of officers. 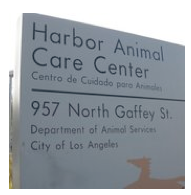 Citing “urgency,” Mark Salazar recently made four emergency Lieutenant appointments, which removed four officers from daily field activities.  One now makes more money merely supervising herself; one oversees two ACO’s (wildlife and an “equipment specialist”.)  Another supervises two permit officers; the last directs six officers who could be doing law-enforcement instead of door-to-door dog licensing collections (with a total salary-plus-benefits outlay of over $600,000 annually.)  One permanent Lieutenant supervises nobody, with many of her duties reportedly switched to an administrative Intern.

Brenda Barnette makes $230,000 per year. Her three Directors make $125,000 each (plus benefits).  Her career at LAAS, with Mark Salazar in charge of field operations, includes a series of costly high-profile faux pas, damaging  the city’s image and publicly demeaning her own officers (embarrassing  LAPD raids on city shelters to confiscate firearms used to dispatch suffering wildlife; unfounded “pizzagate” accusations that Captains stole $20 from vending-machine proceeds to buy pizzas for employee recognition, and planned removal of all staff from shelters at night.)

Barnette admitted at the Budget hearing that she is not using available spay/neuter funds, licensing is low, administrative citations still are not implemented; and she gives Best Friends credit for her high “live-save” rate.

It is increasingly obvious that Brenda Barnette, who was formerly director of a small Washington humane society, and former code enforcement supervisor Mark Salazar, who was a defendant in a City of Riverside discrimination/harassment lawsuit by five employees in 2008 and hired by Barnette in 2010, are on the wrong track.  Plans to reduce nighttime staffing and remove officers from strategic locations throughout the city can result in serious injuries or even death to pets and humans by dangerous animals and will increase suffering of animals injured in the streets.

Since Council and Mayor Garcetti seem oblivious to the destruction taking place before their eyes, it is time for Los Angeles taxpayers to take control and demand services we and our animal deserve.

(Phyllis Daugherty is an animal activist in Los Angeles.)