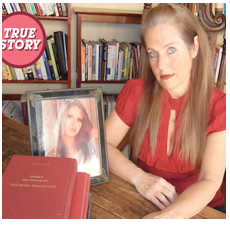 She had given up on life. Suzy picked up a dusty flip-flop from the floor of her next-door neighbor Gus’ garage. Gus was a weathered old character who worked on cars when he wasn’t toiling away at the nearby shipping warehouse. Suzy had often seen him tinkering under the hood of his latest vintage vehicle or revving up the engine.

She studied the discarded shoe in her hand. It was just like her. It had no direction, no purpose, and no friends. Suzy felt alone even though she lived with 350,000 other people in New Orleans.

Suzy was trespassing that day. She knew Gus always left the pedestrian door of his garage unlocked, and she knew where he kept the key to his old Chevy. It was in a drawer under his workbench. She maneuvered past piles of junk: thrashed clothes, empty food containers, and automotive tools. She even noticed the mate to the flip-flop; it was in the corner.

Suzy had no mate. She attributed her bad luck in the “love department” to being middle-aged and 195 pounds; and to having rough and wrinkled skin due to smoking. She was divorced with no children, and had moved to Louisiana from Michigan with plans to start a new life.

Suzy remembered the night that changed her life—the night she was drugged.

She and her platonic friend Roger had been watching television, just as they did regularly. Maybe Roger was angry because she made him watch Dance Moms. Maybe he didn’t like the stew she made for dinner. Maybe he needed fast cash. But, for whatever reason, he decided to pull a “Bill Cosby.” He slipped something into her Coca-Cola. At least, this was her theory. While she was unconscious on the bed, Roger disrobed her and photographed her nude in hard-core poses. Suzy woke the next day with her clothes disheveled, and Roger was gone. She did not know what had happened. She phoned Roger; he did not answer. She left message after message.

He never returned the calls, and days later, his phone was disconnected. She went to his apartment, but it had been vacated. The landlord had no forwarding address.

Suzy was confused about Roger’s disappearance, but did not think much of it until strangers began harassing her online. They emailed links to websites with obscene content, featuring her.  There were dozens of crude, naked photos of her unconscious on the bed, from every conceivable angle.

She was a victim of ultimate betrayal. Suzy panicked, hyperventilating and running recklessly from room to room. She felt like an out-of-control vehicle veering over a cliff.

There was more bad news. The photos were labeled with Suzy’s particulars: her full name, city, email address, and ex-husband’s name. Plus, the images seemed to be circulating around the world; trolls were posting and reposting the shots. Some of the hosting websites originated in the United Arab Emirates, Africa, and the Netherlands—far away and impossible to control.

Commenters on these sites abused Suzy further. One called her “blubber butt,” while another referred to her as “the thing.” She was threatened with “Send me more nudes or I will load these onto more sites.” She received an email: “Why don’t you just go kill yourself, Honey.” Suzy’s self-esteem, which was already in the gutter, fell further; and she felt there was only one solution. The final one.

This is why she was in Gus’ garage. She thought carbon monoxide poisoning was her best bet because it would kill swiftly and painlessly, and it would take no more than fifteen minutes to kick in. Suzy prayed she would die because she knew an unsuccessful attempt might lead to paralysis, blindness, or dementia. She had learned this from an article.

The sign saved Suzy. A concerned neighbor saw the word “Danger” only minutes after it was posted and became curious. This woman entered the garage to investigate and found Suzy in the driver’s seat of the Chevy with the engine running and the windows down.

“I read that you tracked down men who violated women’s personal privacy. And you brought them to justice,” Suzy phoned me a few days later. “I’m at my wit’s end. Please help. I don’t know what else to do.”

She told me that she had gone to her local police department, who sent her away. “They said they don’t handle this sort of thing, and that it would be my word against Roger’s.”

“I’m seriously depressed,” she said. “Roger was my closest friend.”

Advising suicidal victims always made me nervous. Was I qualified for the job? Would I say the wrong thing? Could I make things worse? I had doubts and insecurities, so I routinely referred these callers to someone with experience, usually Debbie, a licensed therapist who worked for the FBI.   Counseling victims was her full-time job, plus she could fast-track a case to an agent who could launch an investigation.

“I can also put you in touch with a cyber-forensic lab,” I told Suzy. “They might be able to track down Roger and trace IP addresses for the trolls who are resubmitting your photos.” Lastly, I connected Suzy with a law firm, so she could begin the process of legally changing her name. She wanted a new identity.

Suzy was not the first person to express this sentiment. The parents of Audrie Pott and the mother of Rehtaeh Parsons told me that sexual assault had not driven their daughters to suicide; they snapped later when humiliating, nude photos surfaced and became public. It was revenge porn—not rape—that prompted these young girls to kill themselves.

“I’m the victim, yet I’m the one who has to pack up and move to a new city,” Suzy said to me. “And what if those online criminals find out my new name? Those pictures will chase me for the rest of my life.”

(Charlotte Laws, Ph.D. is the author of Rebel in High Heels and an occasional contributor to CityWatch. She has been an NBC commentator, Los Angeles commissioner, private investigator and member of the Greater Valley Glen Council. You can follow her on Twitter@CharlotteLaws)