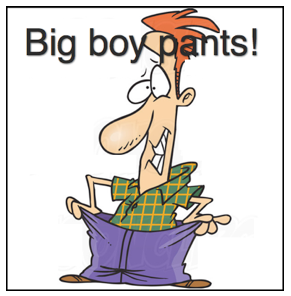 PERSPECTIVE-By now, most of you are familiar with the audit report of the controversial non-profit trusts issued by City Controller Ron Galperin. If not, take the time to read it – at least the Executive Summary.

The audit found no evidence of criminal activity, so the city is now required to resume the transfer of $4-million per year of our money to a good old boys club. That should make travel agents happy along with hotels in Las Vegas and Hawaii. The motto of the Joint Safety and Training Institutes should be high-living is job one, and maybe safety, when we have the time. Grossly overpaid staff, high-end travel and no documentation to support the justification of spending characterize the activities and management style.

I’m not surprised by the absence of criminal activity. IBEW Local 18 boss Brian D’Arcy is much smarter than Robert Rizzo was in Bell. He knows the difference between pigs and hogs.

Despite a damning report that would subject executives to civil suits if it involved an investor-funded enterprise in the private sector, Marcie Edwards, GM of the DWP and one of the city’s appointees to the boards of the trusts, co-authored a rebuttal with D’Arcy that referred to the contents as “innuendo” (see page 71-72 in the report).

I expected a reply like that from D’Arcy, but in view of the seriousness of the findings, Edwards’ reply is shameless and exposes her as a weak representative of the public, unfit to serve our interests. It also calls into question her judgment as the General Manager of the largest municipal utility in the nation, especially at a time when we face crushing rate hikes and tough labor negotiations with the union.

Just as questionable is the role played by the CPA firm of Miller, Kaplan and Arase, who served as the external auditors of the trusts since inception.

CPAs have a responsibility to the users of their clients’ financial statements. It extends to those outside of management and include creditors, the business community, investors and, in the case where public funds are at stake … the government – that’s us.

The firm was well aware of the pervasive laxity that defined the operations of the trusts:

Knowing that the deficiencies increased the risk of fraud, loss and lack of transparency, the auditors worked around the deficiencies, presumably by increasing their sample population and other steps to mitigate the effects of cavalier practices and carelessness.

They did this year after year, apparently unphased by the boards’ failure to address the problems. This amounts to playing with fire. Given the highly-charged political environment associated with the union and the DWP, and the history of cash contributions by the union to elected officials, the auditors should have had a heightened sense of awareness for potential sweetheart deals. Understandably, such deals are difficult to uncover, especially given the connections involved. I have doubts as to whether the auditors took enough steps to smoke out illicit activities.

The association with a controversial, poorly-run (if not negligently run) organization amounts to holding a time bomb in the same vein as Enron, World Com and other disasters caused by weak controls and management indifference – only on a much smaller scale. Miller, Kaplan and Arase, in essence, became an unwitting enabler to systemic waste of taxpayers’ monies.

But it is a scale equally important – it concerns the public’s trust in government. You cannot place a dollar value on it. I do not think the firm’s partners grasp that concept. They are probably not alone.

The fiscal landscape is littered by costly failures resulting from government negligence where auditors did not raise red flags with the true owners of the entities – the public.

There were reported instances where the auditors own actions were, in my view, unprofessional:

● Failure to report material weaknesses in internal control to the boards for 2013 and 2014
● Did not exercise due care in preparing IRS 990 filings (the non profit equivalent of a 1040)
● Failure to review the upcoming audit, and the results of the previous one, with the boards

I challenge the mayor and the Board of DWP Commissioners to take the following actions:

The LA Times’ Steve Lopez nailed it in his column today:

“If Garcetti has a pair of big boy pants, Edwards will be out of a job by lunchtime Monday.”

I’ll make it easier for the mayor. I will gladly offer him a pair of pants that has been hanging in my closet for a long time. My waist was smaller then, so it should fit.

(Paul Hatfield is a CPA and serves as  President of the Valley Village Homeowners Association.  Heblogs at Village to Village and contributes to CityWatch.The views presented are those of Mr. Hatfield and his alone. They should not be construed to represent the opinions of the VVHA or the residents of Valley Village, individually or as a group. He can be reached at: phinnoho@aol.com. )