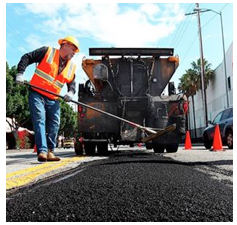 RANTZ & RAVEZ-Here we go again … Mayor Eric Garcetti has released his proposed LA City Budget for the 2015—2016 fiscal year.   The nearly $8.6 Billion Dollar Budget takes effect July 1, only after the 15 city council members conducts numerous hearings starting on or about April 28 and modifies those expenditures proposed by the Mayor that they believe will help the city in general and their own council district’s  special and sometimes unique projects.

The budget then returns with the modifications back to the Mayor for his review and approval to finally return back to the city council for their final signoff and implementation.

With Los Angeles allegedly generating nearly 5% in additional tax and fee revenues from property, business and sales tax increases, due to a questionably improved economy, the result is an increase in tax dollars for a variety of city operations.  Activities like $2.5 million for Tree Trimming, $1 million for bathroom cleaning at over 30 city park locations, $564,000 for additional animal control officers, over $6 million directed toward gang and domestic violence programs and $430,000 to assist the film industry involved in productions in Los Angeles.

With the discussions and debates and reviews and special interests involved in budget discussions, we will see what finally takes effect.

The Mayor has stated that there are NO RAISES FOR THOUSANDS OF CIVILIAN CITY EMPLOEES who are currently in contract negotiations.  It is interesting that the Mayor has already given his general managers salary increases along with our dedicated police officers and fire personnel.

While it is appropriate to take care of our pubic safety personnel, we can’t play the game that only the Mayor and select six figure general managers along with police and fire personnel deserve and receive salary increases.  The civilian workers of the “City Family” deserve equal salary improvements.

How can the Mayor continue to propose and vigorously push for an increase in the minimum wage for the private sector and neglect his own dedicated 45,000 city workers?  Those city workers that help support the many responsibilities and functions of the city.  Workers like those from the Dept. of Transportation, Engineers, Librarians, Sanitation Crews and so many more.  I have always believed that you take care of your own family before you help your neighbor.

Mr. Mayor needs to remember this when he pushes for the $13.25 minimum wage for the private sector workers in the City of LA by 2017 and $15.25 by 2019 and fails to address the needs and concerns of his own city work force.

The LA City Controller needs to look at liability within the LAPD.

Millions and Millions of dollars have been spent on police and other city-employee  litigation over the past few years.  $4 million awarded to 2 LAPD Officers restricted to desk duty since a 2010 shooting, Multiple LAPD Motorcycle Officers awarded Millions for challenging a captain’s traffic citation quota, $2.45 million to settle arrests by LAPD during Occupy LA protestors arrests.  And on and on with Millions and Millions in tax dollars going out in litigation.

Wake up and audit where money can be saved to provide improved city services.  It is about Risk Management  and not just about the DWP and your crusade against the IBEW.

Crime is up and the Mayor has a BOGUS plan to address it!

While the Police Commission, Chief Beck, Assistant Chiefs, Bureau Commanders, Division Captains  and our dedicated LAPD officers involved in “Protecting and Serving” the people  of Los Angeles struggle and battle to address the rising crime statistics in our city of nearly 500 square miles, the Mayor and his staff that lack any field law enforcement experience, have developed a plan to address the growing crime trends in Los Angeles.

There is no question that crime is increasing in Los Angeles as evidenced by the double-digit crime numbers.  Citywide crime is up 26%, Property crime is up 11%, Shooting victims are up 24% and other related factors such as Proposition 47 and Measure 109 which have cleaned out the state prisons and reduced a large number of felony crimes to a slap on the wrist misdemeanor offense.

The Mayor’s plan will remove uniform officers from your local police divisions and deploy them to a special crime task force out of the Metropolitan Division.  Metro Division has a long and proud history of selecting officers that meet their high standards and proud tradition of moving from division to division throughout the city attacking crime problems in saturation patrols during various hours in coordination with local police divisions.

The world-famous SWAT Team was formed at the LAPD under Chief Gates and spread throughout the world.  While all LAPD Officers are dedicated to “Protecting and Serving” the people of Los Angeles, many officers enjoy the challenges of working in one of the 21 local police divisions where they address crime on a local scale and work with the community in a variety of programs.

The Senior Lead Officer (SLO) program is designed to assign an officer to each community and work with community members, neighborhood councils, chambers of commerce and other groups to address all crime and related issues in that particular neighborhood.  This is done in coordination with other officer assigned to that local division.

Since the Mayor’s plan does not include any hiring of additional officers, the result will be fewer officers in your community to address your local crime issues and concerns.

The LAPD has the authority to hire 10,000 sworn officers.  In 2009, there were 9,034 officers.  It is estimated that the LAPD currently has a total work force of approximately 9,843 sworn police officers.

The Mayor’s program and deployment will result in a drastic reduction in the number of uniform LAPD Officers in your neighborhoods since no additional personnel will be hired to fill the gap in the local police divisions according to Jeff Millman from the Mayor’s officer.

The bleed of the LAPD Uniformed Personnel to other operations does not end with the proposed deployment of divisional officers to the New Metro program.   It is estimated that over 100 LAPD Officers are assigned to jail operations due to the lack of Jail Detention Officers.

If the city work force is managed in a more balanced fashion, there should be sufficient personnel to handle more duties and responsibilities in serving the public.

(Dennis P. Zine represented the 3rd Council District from 2001-2013. He was an officer with the LAPD for 28 years. He continues to serve as an LAPD reserve officer. Dennis is a CityWatch contributor. He can be reached at: Zman8910@aol.com)