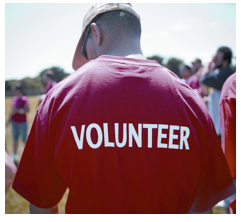 MY TURN-After this miserable election and lack of interest on the part of our Citizens, fortunately I discovered something positive to write about.

The majority of people who hear the word “budget discussion” immediately react with their eyes glazing over.  BUT as my friend Jay Handal ,Co-Chair of the Neighborhood Council Budget Advocates  (NCBA) reminds us, budget allocation isn’t sexy but everything we want to do in the City comes down to money and for the last few years lack a thereof!

Right now the Mayor and his departments are putting together the City Budget for 2015-2016.  The City does not follow a calendar year.  The City’s fiscal year starts July 1.

I really thought I was going to get away easy writing about the Budget Advocates White Paper which was presented to Mayor Garcetti Monday morning.

Rick Cole, Deputy Mayor for Budget and Innovation, had been very supportive of the NCBA’s efforts since they started this project last August.

He told me that, “The Mayor welcomes the timely and thoughtful recommendations of the Neighborhood Council Budget Advocates. In addition to the valuable insights from their extensive research and discussions with department General Managers, the specific goals the Advocates presented track closely with the Mayor's Priority Outcomes.

“Jointly with the Council President Herb Wesson and the Chair of the Council Budget and Finance Committee Paul Krekorian, we'll be asking the City Administrative Office to prepare a report on the NCBA recommendations.

“They deserve timely and thoughtful consideration -- and we certainly appreciate the leadership of this year's Budget Advocates working to get this done early enough in the Budget process to have a real impact.

“The most important element, however, is not making the recommendations.  It's getting the word out through the Neighborhood Councils to ensure that there is informed and active participation by hundreds of Neighborhood Council activists in the hard budget choices that must be made to make Los Angeles safer, more prosperous, more livable and the best run big city in America."

You can access the entire Executive Summary and I suggest you take a look at what this group of VOLUNTEERS has accomplished on their own time and without monetary compensation.

Handal said, “The 2015 White Paper is the most inclusive, broad based review of our city's finances done by a citizens committee. The team, elected from around the entire city, spent hundreds of hours interviewing department heads, labor leaders, elected officials, in order to compile and recommend changes in how we do business in Los Angeles”.

That could have been the end of the article…but bear with me.  While I was checking sources and the more I got into the entire process…the more complex the entire project became and as a journalist one has to follow the leads.

The usual nay sayers told me that in spite of all the work the NCBA’s put into the White Paper, nothing comes of it.  The Mayor and City Council thank them for their “exhaustive efforts” and most of the suggestions never see the light of day.

That comment presented a challenge.  A couple of weeks ago I had written about the lack of activity on the Education/Neighborhoods Committee where the three City Council members on the Committee had not met in a year.

Now I was being told that the work done on a volunteer basis by 29 people, who also have other work lives, was being ignored.

My next call was to City Inspector General Fernando Campos who is in charge of all collections of revenue owed to the City.  He strongly disputed the lack of influence of the BA’s.

In fact he pointed out three concrete examples where BA recommendations have made a big difference.  In fact he said his particular position was created due to the recommendations of Budget Advocates when now Controller, Ron Galperin, helped create CORE.  He explained that the suggestions he incorporates into his report  to the Mayor and City Council do not get implemented overnight.  Sometimes it takes two to three years. 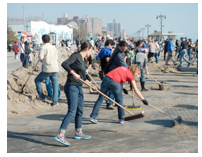 As an example there were 30 BA recommendations between 2012 and 2013 NCBA reports.  Eight have already been implemented; fifteen are in the process of being implemented; and the rest with the exception of a couple that were deemed not possible, are in discussion.

In order to find out what influence the NCBA’s  were supposed to have in the City Budget process I went to my  source, Greg Nelson.   He helped initiate the NC system and write the Charter amendment.   He is both praised and damned for the things he did and didn’t do.  Even though he left the Department of Neighborhood Empowerment  quite a few years ago he still keeps a watchful eye and wants the NC system to be successful.

He said, “That under the duties for NC’s written in the LA Charter, is to advise the Mayor on budget issues.  Although they weren't called "Budget Advocates" at the time, I was the one who created the group when Mayor James Hahn was prompted to meet with a small group of NC members to cap off the mayor's NC budget process.

“Villaraigosa was the one who promoted the idea of the “Budget Advocates”.  They were fearful that the NCs would learn how to get together and organize themselves behind citywide issues.  Villaraigosa felt it would be easier to control or co-opt small groups of NC members than an entire citywide movement.”

Nelson also noted that the Budget Advocates were supposed to insure the suggestions and ideas came not just from them but also from the “grass roots.”   This is why the NC system was developed in the first place.

Villaraigosa also put a suggested City Budget on line for the stakeholders to give input.  More than 5000 people responded.  The prior administration did nothing with the information.  They didn’t even compile the results.

This is really the only criticism I heard regarding the NCBA’s, that although they were supposed to interact with the budget representatives in the NC’s in their jurisdiction, it didn’t happen in most cases.

I did a quick survey to Neighborhood Councils in each part of the City to find out what discussions they had about the budget.  Liz Amsden, BA from Highland Park Historical NC, told me that the East side region had a very well attended “Budget Day” last October where all of the NC’s and stakeholders were invited to present ideas and talk about the items they would like to see in the budget.   She and her fellow BA’s from that District brought those ideas to the BA meetings.

Erick Morales  (Mid-City NC and  BA Secretary)), said  “I have met some of my budget reps, but not all. If anything, I have tried to recruit more because my region--10--is missing many.  Morales is currently on an educational exchange out of the country but still wanted to participate.

“My Budget Reps usually just asked for information. If some people ask to have input, I always tell them to attend BA meetings and we had several people who did that regularly.”

In the South LA region Brett Shears (NANDC) said, “We made sure we connected with our respective Budget Reps by region. Each of us was given 2-3 NCs to keep up to date on BA activity. For example, I had EC North and EC Central. So I emailed them regularly with documents of the minutes with explanations of the events that transpired.

“Also, although we were encouraged to do so by Erick and the BA chairs, I did not visit them in-person, mainly because the few opportunities we had to connect (e.g. at their general board meetings) always conflicted with my schedule. I think in the future it would be better to try and meet one on one if we're unable to attend board meetings, but then that might be less effective.

I personally did not receive any input or recommendations from Budget Reps about the budget process or the White Paper, but others may have. Again, I was personally responsible for just two NCs.

Other than that, our regional budget day ( back on October 11th) gave us a good opportunity to connect with Budget Reps and NC stakeholders more generally. Our event in South LA was well-attended and quite successful, in our view.”

So most of the information was collected at the regional budget days but not a lot of “grass roots” digging.  I asked Handel about this and he replied, “ This is a huge time commitment and we had not just general BA meetings but each of the 29 are on a committee which met with various departments and studied certain aspects of the Budget.

“We sent the minutes of the meetings and summaries of what we were doing to every Board member in the City.  We will be discussing the White Paper and budget considerations March 28.  There will be six regional meetings: the main one Downtown and the others by video.”

So if we can’t get more than 8% of the citizens out to vote…how much “grass roots collection can we get?  The NCBA’s are promoting the White Paper through three radio programs on Sunday nights.

In a perfect world we would get the majority of the citizenry to care about participating in the democratic process.  I think more than some politicians are happy that the populous doesn’t seem to care what they do.