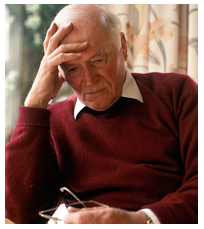 END GAME CRISIS-Wanda McGuire describes herself as a “people person.” She spent years working in the fashion industry, and flew around the country as a flight attendant for Continental Airlines. She also worked in what she refers to as “corporate America” — obscure law firms, property management companies and long-gone venture capital startups.

She exudes an enthusiasm and upbeat energy that she confidently outlines as major job assets. “I was good at what I did,” she says. It is clear that during her decades of work Wanda built up a strong set of organizational and administrative skills. But what she didn’t build up during those years of labor was a pension. No defined benefit pension, no 401(k) plan, no home equity to cash in on to ease her into retirement.

At a time in her 60s when she should be kicking back, doing some traveling or sharing the occasional dinner with friends, she mostly worries. With only her monthly $1,200 Social Security income, getting by is not easy. I met Wanda at the St. Barnabas Senior Services Center in Mid-City Los Angeles, where she gathered with other seniors for a hot meal.

There is a tragic sense that Wanda is not alone. Millions of Californians — like many tens of millions throughout the country — lack adequate pension security to sustain them after their work lives end.

The ceaseless political attacks on defined benefit pensions, which guarantee workers a monthly income based on a percentage of their salaries during their working years, mean that more and more employees are forced to fend for themselves.

Some workers have access to defined contribution plans, in which an employer might match an employee’s contribution, but there is no mandate for employees to participate, the contribution rates are low and most important, the investment risk is carried by the individual. If you are lucky enough to invest in the gambling casino we call the stock market when it’s on a 20-year upswing, good for you.

Wanda didn’t even get the chance to blow her 401(k) in the stock market. After airline magnate Frank Lorenzo flew Continental Airlines into bankruptcy in the 1980s, whatever pension Wanda had accumulated vanished. Moving to Los Angeles after losing her flight attendant job, she signed up with temp agencies because at least they kept her working.

“You are trying to pay the bills, to eat, to stay afloat,” she said. “But these temp agencies don’t give you benefits or a pension.”

Wanda even tried working at call centers and for a time slept on a friend’s office sofa and answered the phones when she woke up. “I lost my footing and I was just trying to catch up.”

It is difficult to understand why there is not more outrage about our dismal retirement system. According to a recent study by Nari Rhee of the Center for Labor Research and Education at the University of California, Berkeley, the state’s retirement plan participation rates are poor compared to the rest of the country.

California’s 37 percent private sector retirement plan participation rate is several points below the national average. And for workers at the bottom end of the wage scale, those earning under $25,000 a year and working full-time, the rate of participation in a retirement plan is just above 15 percent.

More than seven million private sector workers have no retirement plan other than Social Security at their current jobs. Half of California workers are heading for serious economic hardship in retirement, according to Rhee.

The failure of public policy is clear to people like Wanda McGuire who suffer the consequences of political and economic systems in stupefying competition to see which one is more dysfunctional. The hypocrisy of politicians, such as Bruce Rauner, the newly elected Governor of Illinois, adds to the feeling that the most we can expect from the moneyed elite are lectures about the benefits of economic frugality.

Prior to being elected Governor, Rauner was Chairman of the Chicago-based private equity firm GTCR. In that capacity, Rauner made millions of dollars in fees collected from public employee retirement funds that invested in his company. Rauner is now calling upon the Illinois legislature to dismantle the same defined benefit pension plans that his company made millions doing business with.

At St. Barnabas (named after the Saint of second chances), seniors watch TV, chat in small groups and enjoy the daily meals that are provided for a two-dollar contribution. Talking with the visitors here, who all live on very limited incomes, the impulse towards self-pity is refreshingly absent.

“You learn to become a fighter,” says Martha Guzman, a small but sparkling woman who won a battle with breast cancer after 25 years as a waitress. “I worked for 25 years for tips and I had nothing saved at the end of it. But if I had the attitude of ‘poor me,’ I’d just curl up and die.”

Guzman, who shared her tips with her kitchen staff when she was working and helped put her two children through college, pays $780 a month in rent and receives $889 a month from Social Security.

“For fun I’ll go to the park, take a walk, go to a concert, anything that’s free,” she smiles.

She is mother to a son and daughter who are currently working their own ways towards retirement, and she wants them to do better than she did.

Jacques Loveall, a leader with the United Food and Commercial Workers Union, recently spoke at conference of labor and financial leaders.

“We need to put forward a simple question as advocates,” he suggested. “Do people want their mothers and fathers to have retirement security? Do they want their children to have a decent retirement?” The vast majority of California residents would undoubtedly respond with a resounding yes to those questions.

Talking about retirement issues in that way, as involving the dignity of a person’s mother or father or son or daughter, is the language of movement building.

When I told Wanda that the series I was writing this article for was advocating for access to pensions and retirement savings for all California workers, she smiled and observed, “That would be nice.”

(Kelly Candaele is a Los Angeles writer and filmmaker who has written for the New York Times, the Los Angeles Times and The Nation. He served for four years as a Trustee of the Los Angeles City Employees’ Retirement System. This column was posted first at CapitalandMain.com)