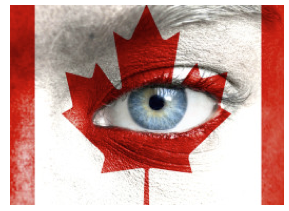 PERSPECTIVE-Most people probably reacted in shock to learn that Canada has now been hit twice by terror attacks against soldiers in three days. Many Americans probably think of it as our sleepy socialist neighbor to the north. But Canada is a key ally in the war against terrorism in general, and ISIS in particular. And the most recent attack is a harbinger of things to come in America.

The notion of a war against Canada can seem a little far-fetched. I show the film "Canadian Bacon" as a humorous way to my class to teach about the diversionary theory of war, where America launches an attack on Canada to distract the U.S. people from a recession.

But it's very clear why terrorists wanted to strike against Canada.

Canada was a key part of the North Atlantic Treaty Organization (NATO) operations in Afghanistan. Though that participation ended earlier this year, America's neighbor to the North was a key player there, providing a great deal of assistance.

Canada is also hardly some socialist, anti-American critic. Since 2004, it's been led by Conservative Prime Minister, Stephen Harper. It's policies on the Keystone pipeline and taxes (leading to the Burger King "inversion") are more in-step with America's Republican Party moderates.

And most importantly, Canada has been a strong ally in the war against ISIS in Iraq and Syria.

According to University of British Columbia Professor Allen Sens, the operation against ISIS has involved fighter jets, reconnaissance aircraft, and hundreds of soldiers.

"Canada's contribution is a political signal, first and foremost -- not a military one. It's a signal of commitment to our allies, of our willingness to be involved in the fight against ISIS," Sens said in an interview. "The total commitment, personnel-wise, will be about 600. It's fairly modest by the standards of the British, French or Americans -- but nevertheless it is a significant commitment with respect to the coalition."

The interview with Sens was published yesterday, just as news about the terror attacks against the Canadians was beginning to hit the airwaves. But even then, Sens explain that the entire Canadian commitment would not be risk-free.

"The only way that Canada's involvement is going to have an electoral impact is if there is a major event of some kind, where the government is shown to be negligent, or made a serious error or miscalculation," Sens said in the interview, published by the UBC. "I think this issue will be most significant in Quebec. Traditionally, public opinion in Quebec has been much more reluctant than the rest of the country with respect to Canadian foreign military engagement."

The attack bears the hallmarks of earlier attacks against NATO countries, like Spain and France (though a smaller scale than the Madrid Train Bombing), which tested the anti-terrorism commitment of the West European and North American alliance.

Whether it was done by a lone wolf, small unaffiliated group, or ISIS itself, the operation is designed to weaken ties within Canada, between Canada and America, and serve the United States with a warning that it will strike back.

(John A. Tures is a professor of political science at LaGrange College in LaGrange, Ga. He can be reached at [email protected].   This perspective was posted earlier at huffingtonpost.com) .