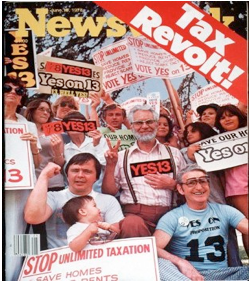 GELFAND’S WORLD-I don't know who to distrust more, the people who write ballot propositions, or the people who write the ads opposing them. Both sides seem to be good at lying to us, although they lie in different ways. Many of our ballot propositions are special interest pleading, designed to give some advantage to the oil companies or the insurance companies. Others are just flat out unconstitutional. And when a decent proposition makes it to the ballot, the special interests gang up on it ferociously.

Here's a little test you can give yourself: The next time you hear a political ad on your car radio about a ballot proposition, ask yourself, "Did that ad tell me anything about the proposition itself, like what it is actually supposed to do?"

My prediction, based on long experience, is that you can go through a whole season of political ads, and never find out what the propositions would actually do. This year, we're getting bombarded with ads opposing Propositions 45, 46, and 47, and as usual, all of the ads sound pretty much the same. They are full of angry, self-righteous tones, scathing in their denunciations, but communicating exactly nothing about the substance of the propositions.

Here's one clue: What's the dirtiest word in the political advertisers' dictionary? You might think that it's murderers or rapists. But No.

It's politicians, as in The Politicians. This season, we're getting exposed to a new variant, Sacramento politicians. Somehow, the idea that our form of democracy involves electing people to represent us has become a bad thing, at least in the world of AM radio.

This does not mean that we should automatically trust all of our elected officials, but the way that radio and tv ads use the word politician, the intonation implies that they are all sleazy, dishonest, and out to steal from us.

Even if this were true, the idea that a particular ballot proposition turns our liberties and our wallets over to the politicians is almost always a stretch, and most of the time, it's a total non sequitur.

Just for the sake of amusement, let's reflect on what those propositions are actually supposed to do, and then consider what, if anything, we've learned about them from television and radio.

I have to add a caveat here. Once in a while, we get a proposition that is intended to protect us consumers. These are the odd exceptions. We'll start with what looks to be one of those odd exceptions, a proposition aimed at protecting you and me from unreasonable increases in our health insurance.

This proposition would give the State Insurance Commissioner the authority to override increases in health insurance premiums. It's called Proposition 45, and it has the support of consumer advocates such as Jamie Court and Harvey Rosenfield. Some of us remember  Prop 103, which put a modest amount of state regulation on the automobile insurance market. It was authored by the same Harvey Rosenfield. Now we have Prop 45, which is supposed to do for health insurance what Prop 103 did for auto insurance.

What's noticeable about the radio and television ads opposing this measure is that the particular state official who can override a rate increase is never named. Rather, it's a politician, who is further identified as somebody who will rake in millions of dollars in campaign contributions if this proposition is to pass.

The substantive idea, that the voters could pick their own elected official, and give that person some regulatory authority over health insurance premium increases, is treated as if it were a bad thing.

You have to recognize the cynicism involved in this kind of message. It's more or less implied that the voters will pick a dangerously warped individual to fill the position of Insurance Commissioner, or any other high office in the state for that matter. That's the clear implication in a radio ad which uses an angry tone of voice to say those words, the politicians.

Going up the line, we have Prop 46. The Official Voter Information Guide sent by the California Secretary of State's office gives this proposition the name "Drug and alcohol testing of doctors. Medical negligence lawsuits. Initiative Statute."

As written, it sounds like it's designed to protect the public from hordes of drunken, drug depraved doctors, people who are writing dangerous prescriptions and engaging in ruinous surgeries. What's curious is that this is camouflage for the real intent, which is to give victims of true medical malpractice a break. To explain what is really going on, and the extent of distortion in the anti-Prop 46 campaign, takes a bit of explaining.

Back in 1975, there was a concern about the number of lawsuits filed against doctors for malpractice. The legislature passed a bill which, among other things, put a cap on awards given to patients for what are called noneconomic damages. The colloquial term for noneconomic damages is "pain and suffering."

In other words, if someone went into the hospital in order to have the left leg amputated and by accident, the right leg was cut off, there would be two types of damages. The patient might find that he could no longer work in his longtime profession. 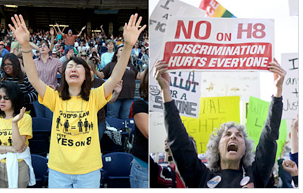 Being out of this particular job, and likely for the rest of his career, he would suffer loss of earnings. The 1975 bill didn't touch that element of a lawsuit. But the suffering that results from losing the good leg, that you might otherwise have walked on, is the noneconomic kind of loss. The 1975 bill capped such losses at $250,000.

The problem with this situation is that even back in 1975, the supporters of the bill assumed that it would be modified over the course of time to take inflation into account. The original bill did not include a cost of living adjustment, and the state legislature has never made the obvious changes. There has been almost 40 years since the bill passed, and that included a lot of inflation.

So Prop 46 is essentially an increase in the legislated limits on medical malpractice damages.

You may feel that there should be no medical malpractice lawsuits, or at least very few of them, and that jury awards need to be controlled. If that is how you feel, then you might want to vote against this measure. You would be on the side of what the Republicans have been calling tort reform.

On the other hand, if you think that the 1975 bill was somewhat reasonable, and you merely wish to correct its original limitations to take inflation into account, then you might want to vote in favor.

I need to give disclosure here that I have known lots of attorneys, including those who have defended doctors and those who have sued doctors, and I also know lots of doctors. Take everything I have said here with that in mind. And having said that, there is a point that Prop 46 illustrates that needs to be explored.

Let's say that you have a legal goal that you think has merit. For example, back in the old days, it required a two-thirds majority in both houses of the state legislature to pass the budget. The result was ongoing gridlock. In practice, the budget was determined by 4 or 5 people -- generally the leaders of both parties in both houses of the legislature and the governor. It was a formula for legalized blackmail on the part of the minority party. A series of ballot measures were introduced over the course of the years, and until the most recent, they lost.

What did they have in common? Well for one thing, they usually didn't go far enough, which would have been to declare that budgets, like other kinds of bills, can be passed by a simple majority. You know, democracy and all that.

Authors of ballot measures try to add a little sugar to make the medicine go down better. They try to bribe the voters in some way.

Back in the battles over state budget votes, one bribe offered the voters was to withhold salary payments from legislators if they didn't pass a budget on time. It was a way to punish lawmakers for failing to get their work done. It was the sugar added to the medicine, because the rest of the proposition lowered the threshold for passing a budget to a simple majority.

In practice, that sprinkling of sugar is usually irrelevant. With the budget passage requirement reduced to a simple majority, it became possible to pass California budgets on time.

In Prop 46, we have a requirement forcing doctors and nurses to submit to drug and alcohol testing. The text of the proposition does its best to rationalize this demand by arguing that there are a lot of substance abusing, impaired doctors wandering the corridors of our state's hospitals.

This may or may not be an accurate portrayal, but the proposition as written provides only vague guidelines, as best I can read it. If you wanted to deal with the problem of impaired physicians, you could do so in a better, more carefully thought out way. In Prop 46, the drug and alcohol testing requirements are the slight of hand that are supposed to get the increase in medical malpractice awards raised above the $250,000 limit. There would have been a more reasonable approach to raising that limit, and that would be simply to raise it.

Then there is Prop 47, which is about criminal sentencing. What's curious about it is that both sides seem to be making reasonable points. When you read the pro and con arguments in the ballot pamphlet, you find a pro argument that makes sense. Our laws for personal possession of drugs are severe, and should be modified.

That part is OK with me. That's because to me, the possession of small amounts of drugs may be harmful to you, but it is not, in and of itself, harmful to me. Where I depart from the pro-Prop 47 position is their argument that small property crimes such as shoplifting automatically become misdemeanors. In this case, there is a victim, and allowing criminals to continue their careers as thieves does not fall under the concept of victimless crimes. The opponents also make a point about classifying thefts of guns as misdemeanors. It is a serious point, and one that the pro side should rebut if there is a rebuttal available.

What I have not heard, on radio or television, is a nuanced statement that admits any of the above. I imagine that as the election gets closer, we will hear some ads that simply quote the chief of police from one district and on the other side, the district attorney from somewhere else. And it is extremely unlikely that any of the radio or television ads will tell us the truth, the whole truth, and nothing but the truth.

Radio ads are expensive, so the sponsors of these ads are trying to make them as convincing as possible, while using the least amount of expensive air time. For this reason, the ads are tailored to be strongly manipulative, while avoiding going completely over the line into full-scale lying. Telling half lies, that is to say, lying by omission, fills the bill adequately.

If you look at Propositions 46 and 47, you begin to figure out that the issues could have been better handled as legislative matters. The fact that the state legislature is intimidated from doing useful things due to the influence of special interest money is well known. But that doesn't mean that the rest of us need to vote for iffy propositions, particularly the ones that are designed with nothing but hidden agendas in mind.

(Bob Gelfand writes on culture and politics for CityWatch. He can be reached at amrep535@sbcglobal.net).