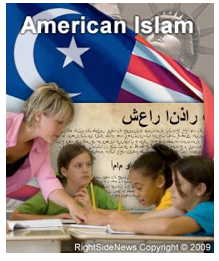 EDUCATION POLITICS-The largest chain of Charter Schools in this countryis run from the Poconos by a reclusive, self-exiled Turk named Fethullah Gülen. From its website, this self-proclaimed “faith-inspired initiative to improve educational opportunities for a local community” inspires instead a wide range of interpretation and suspicion.

And this is how the volatile and complex politics of a middle eastern country halfway around the globe, Turkey, overlaps with the convoluted and complicated politics of modern Education Reform in one of the world’s most diverse cities, Los Angeles.

The Gulen Movement (GM) is the ideological core of the Charter School chain (Magnolia-photo below) that is at the heart of the recent court ruling “allowing” two of their schools to remain open in LAUSD.

Alleging financial impropriety in at least two of its schools, located respectively in Palms (westside) and Van Nuys (west Valley), the LAUSD charter office asserts authority to close the two schools, in keeping with a mandate to retain some semblance of oversight over the largest concentration of publicly funded quasi-private “Charter”Schools in existence anywhere. The leadership of these two particular schools, the Hizmet movement, or GM, won an injunction from the closing by arguing that failing to renew a school’s charter was tantamount to revoking its charter, a move that requires public input.

But it may just well be that avoiding such a messy discussion is the goal of our public school board.

They must be sensitive to even the appearance of any sort of defamation of anyone’s culture or religion. And yet protestations to the contrary notwithstanding, the Gulen Movement is a hugely powerful, and hugely controversial, political entity in this country. The incursions of this cult into our public school system and political landscape are so widespread and so deep that there is no escaping the need for the electorate to read about this movement for yourself. 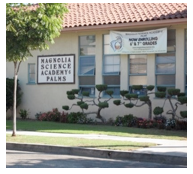 Unless there is a broader understanding of the extent of its influence and teachings, the LAUSD has little hope of countering GM’s interference in our schools and our children’s lives, either ideologically or financially.

To even begin to understand what is at stake is to necessarily traverse the incredibly murky international political waters of competing, Islamist ideologies. And this tricky story cannot be driven by xenophobia or prejudice. Investigating an organization on record as lauding secrecy, requires careful treatment of derivative underlying political motives.

What remains is the crucial logistic specifics of Charter School mismanagement.

At the end of the day while this underlying political connection is important, we need, quite simply, for our public dollars to be spent wisely and fairly and openly. When these cannot be traced, it is incumbent upon any entity’s operating board to halt proceedings.

In precisely the same fashion as LAUSD itself, the Gulen Movement must show us not only how but where our public dollars are being spent. And when they cannot or will not, we must not permit suspicious operations to continue.

Given LAUSD’s own budget transparency issues, for another entity to arouse suspicion from the bowels of LAUSD accounting, suggests apart from the kettle calling the pot black, that the opacity of Magnolia-Gulen Charter Schools must be inscrutable indeed.

● Fetullah Gulen: The Phantom of the Poconos … Paid for by Your Tax Dollars –Ellen Lubic