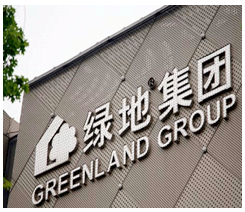 LA WATCHDOG-Once again, our City Council has approved another corporate giveaway, this time for $39 million to benefit the Greenland Group, a Shanghai based developer which recently purchased a 6.3 acre parcel in Downtown Los Angeles for a mind blowing $150 million ($550 a square foot).

Greenland’s billion dollar development consists of five high rise structures primarily devoted to condominiums that will more than likely be marketed to foreign investors as second residences and a safe haven for their flight capital.  This “mixed use” project will also include a hotel tower and limited space devoted to stores and offices.

The project will be developed in two phases, the first of which is projected to cost over $400 million and will consist of two towers, a 350 room hotel to service the Convention Center and a 308 unit residential building.

Based on the recommendation of Keyser Marston Associates, a real estate consulting firm retained by the City and paid for by Greenland, the City is offering a subsidy of $39 million payable over  25 years, an average of $1.6 million a year.  The net present value of this stream of payments is $13 million, representing 9% of the purchase price of the land.

However, there are some gaping holes in this report as Greenland “provided limited pro forma information for the Hotel and Residential components.”  This obviously did not include any bank or other financial presentations for the first phase or the entire development.

Furthermore, the report only covered the first phase of the development and not the entire billion dollar project, a major shortcoming in that “in many multi-phase projects, the initial phases generate a loss and the developer generally recovers the loss from the net revenues of later phases.”

The decision to grant this subsidy based on limited input from Greenland also comes at a time when the City is projecting a budget deficit of $425 million over the next three years, including a deficit of $165 million next year.

The City is also touting the benefits of the hotel for the Convention Center. But once again, the City Council is drinking its own Kool-Aid as our Convention Center with its outdated and mortgaged facilities has no coherent marketing, operating, or financial strategy, especially now that it appears that AEG is going to be unsuccessful in bringing an NFL franchise to a new downtown stadium.

As a side note, several employers and investors have commented that the subsidies are necessary in Los Angeles to offset the high costs associated with project labor agreements, projected increases in labor rates and benefits, the community benefits package (alternatively known as a slush fund), and the City’s reputation of being hostile to business.

Before proceeding with this $39 million subsidy, the City needs to step back and analyze the entire 1.65 million square foot, billion dollar development to determine whether it warrants any subsidy and whether the City can afford any subsidy given its projected budget deficits and the need to restore core services.

And if a giveaway is warranted, the City should also have the right to participate in the profits over and above a predetermined rate of return since the City is essentially an equity investor.

Is it any wonder why the voters will not support any tax increases, no matter how worthy, when the City Council treats us an ATM for their pet projects and those of their campaign funding cronies?