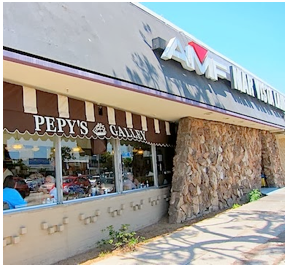 We are a Democracy wherein political power is supposed to be in the control of We The People. And yet our economic and political system is Capitalism wherein, according to the New Oxford American Dictionary, “trade and industry are controlled by private owners for profit, rather than by the state”.

How then can Capitalism and Democracy coexist?

On the Westside two recent incidents surrounding iconic community businesses epitomize this competition between public and private interests. While it is true that business is money and capital is apparently the fuel of our social order, why is it that the public’s interest is just ceded when there is competition? Is the interest of capital inherently more worthy than the interest of the people, or is it simply more powerful? Business has the power of its large purse, which influences elected officials unduly; who will represent the interests of the people?

Ans: We have a system setup for representing ourselves. LA’s Neighborhood Councils are perfectly positioned to represent us, the task remains to translate representation into power. But we need to start by seizing the prerogative of our communities. Our Communities are competing with the interests of Capital, and we have a right to a seat at the table discussing our community needs. We the people are avowedly terrible at turning out to vote for our representation, but at least at the grass roots, our electeds should assert as axiomatic, that our community has standing.

By way of precedent, consider that In Culver City a property that housed a local, family-run ice rink for half of a century was purchased by a rock climbing company from San Francisco and forced to vacate. Generations of children-turned-parents, even grandparents, were anchored in this institution and a howl of protest has been ongoing for months. The fight garnered 15,544 signatures in support of the rink, while 9,725 follow a Facebook page dedicated to saving the rink. Enormous crowds converged on Culver City’s city council only to hear it expressed that there was nothing that political body could do; “Business Is Business and Business Must Grow…”.

As it turns out there was something to be done. Faced with this grassroots groundswell of public support for the old Ice Arena, Culver City staff searched boxes of handwritten documents to uncover a Use Variance dating from 1960 restricting the property to ice skating only.

While the future of this rink remains uncertain, it is clear that a line has been etched indelibly, delimiting a foreign, for-profit business plan squared off against a neighborhood organized in support of the community’s character and historical preference. Culver City’s elected officials — never a body accused of disinterest in business — are taking a stand for … their Community.

Against this backdrop, reflected across that great Westside transect, the “405″, Mar Vista’s newly sworn Community Council on Tuesday night hosted a hoard of many hundreds of residents, dismayed at the impending loss of a neighborhood cultural anchor. In perfect repetition of the fight in Culver City, MVCC’s electeds heard a dozen residents speak to the issue of this institution’s vitality in our community, adding value from comfort to cultural glue via media spanning the spectra from food to family.

Mirroring support found in its neighboring municipality, a petition (inexplicably capped at) 3,196 strong has followed from a Facebook page liked by 5,312 and counting. The bowling alley (photo) in its former, league- and family-friendly incarnation — as opposed to the night-gastro “ironic” club/pub self-conscious rebranding proposed by its new owner, Tom Shannon — is a humble venue that resonates with the neighborhood. Community members finger this establishment as embodying its identity.

There is a life to this whole bowling alley that is greater than the sum of its parts.

And yet recapitulating the initial response of Culver City officials, a Mar Vista Community Council member expressed doubt that there was anything that body could do given the property owner’s rights to the sanctity of his business plan.

And this is precisely where these community councils misconstrue their mandate. The purpose of a neighborhood council is to give voice to Community, an entity of legitimate competing interests in a capitalistic democracy. While it may not be immediately obvious how to adjudicate between competing interests of legitimate claim, never is it the case that the Community is an interest of subordinate standing. We the people are the constituents of these electeds, and it is the job of that council – as a privilege and as a responsibility — to find a way to advocate on behalf of its electorate, the Community.

Tom Shannon’s business model is measured, according to him, “simply”: as “first year of cash flow divided by your equity investment in the project”. There is no room in this business plan for the value of Community measured out over a long period of time. His purpose is to generate boatloads of money in a flash, from “cool hipsters” and then to move on, never glancing behind at what community may have been destroyed in deference to a business model of irony, itself built ironically from the ashes of what was destroyed in order to sanctify it.

The sole value of this neighborhood linchpin and social anchor, our venerable Community, is as ironic fodder for a multinational entertainment corporation. Because, says Shannon,” I don’t think anyone takes bowling seriously. Why would you?”

Mar Vistans take Community seriously. Our elected Community Council must find validation of its existence by matching Community in and of itself against some outside corporation’s capital. I am therefore proud that our council members voted unanimously to support a resolution seeking to sustain this community hallmark.

And I hope we can all find a way to broker respect for the other’s commodity. This is what Neighborhood Councils were designed to do: We Are Our Neighborhood.