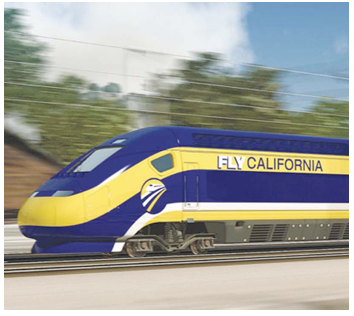 ALPERN AT LARGE - Oooh, that whole "democracy" thing is so darned hard, isn't it?  And that whole "constitutional" thing--really hard, ain't it?  But there's a way to get around all that, isn't there ... just do something, damned the illegality of it, and beg for permission, right?  Way harder than asking the citizens and legal authorities, right?

Jump into Iraq based on nebulous information?  No problem--let's fix it after we blunder in.

Tell everyone that a federally-required health plan isn't a tax, and that it's affordable and easy?  No problem--let's fix it after we blunder in.

Jump on board a High-Speed Rail plan that breaks the funding and speed laws the voters approved?  No problem--let's fix it after we blunder in.

Because you'll get re-elected ... and the people screaming about honesty and credibility and the like?  That's for suckers, and we can just call them sore losers, wackos, crazies, etc. and make them wonder if THEY are the ones who are the problem.

Because obeying the rules is for people who lose elections, and who really don't want to get anything done, or make progress in our society that needs so much fixing.

So while both Democrats and Republicans alike are trying to make deals for transportation funding--such as for more Caltrain, Metrolink, highway, local transit (rail, bus) projects and the like, our Governor, who's likely to be re-elected as per all of our polls, is willing to violate the law and beg forgiveness later.

Or maybe NOT beg forgiveness later.  He's the Governor, obeying the law is for sissies and losers, and he cares about us, and the budget is balanced (for now, and don't worry about that whole pesky pension thing), so we can pound sand if we don't like the way he does things.

Also, if we complain then we clearly don't care about the environment, right?

Because if we spend the $67 billion (and likely to climb) on other projects like MetroRail, subways to the Westside and below the Sepulveda pass, to LAX and even to upgrade the Metrolink, Caltrain and Amtrak lines we couldn't POSSIBLY do more to improve the environment than the California High-Speed rail project (which isn't going to as fast as a plane and doesn't have secured funding ... as legally required).

The idea of more carefully building a higher/high-speed rail network between cities where it's cost-effective and legally viable?  Again--forget that.  Only losers do that ... and if they don't like it then they can run for Governor.

And those that are throwing up their hands as they realize that the anti-business, environmentally-harmful, developers-over-the-citizens-and-the-law policies are destroying the quality of life in this state?  Well, they can LEAVE California if they don't like it, along with their wealth and entrepreneurship, because we've got "plenty" of other taxpayers and a robust middle class to cover their departure!

Finally, let's just point to the GOP primary between Kashkari and Donnelly as an example of why we're so lucky to have the "right" form of government in Sacramento now.  And blame the Koch brothers, to boot, because they're the reason why this economic "recovery" is far from relevant, or at least shared, for most Californians.

And years from now, when perhaps we come to the conclusion that things were done out of order and the citizens are not willing to tax themselves any more, even on items that do deserve more funding?  Well, perhaps our fearless leaders can beg for forgiveness then.

Because whether it's Washington, Sacramento or Downtown Los Angeles, they sure as heck aren't asking us for our permission.

(Ken Alpern is a Westside Village Zone Director and Boardmember of the Mar Vista Community Council (MVCC), previously co-chaired its Planning and Outreach Committees, and currently is Co-Chair of its MVCC Transportation/Infrastructure Committee.  He is co-chair of the CD11 Transportation Advisory Committee and chairs the nonprofit Transit Coalition, and can be reached at  [email protected] .   He also does regular commentary on the Mark Isler Radio Show on AM 870, and co-chairs the grassroots Friends of the Green Line at www.fogl.us .   The views expressed in this article are solely those of Mr. Alpern.)