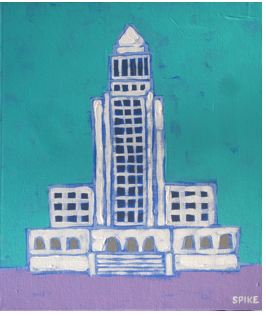 GELFAND’S WORLD-The pioneers who built the neighborhood councils from scratch have been retiring from the fray. It's now been 12 years since the first few councils came into existence. They took a deep breath, looked around, and set out to invent a system that would change the world. What I see now is a group, older and wiser, who are mostly disillusioned. The most polite remark I hear is something along the lines of, "We tried, and it's disappointing that so little was accomplished." I'm a bit less negative, but I have to admit they have a point.

The city agencies and commissioners strive mightily to do something -- anything -- to deal with a problem that they know exists, but misunderstanding the problem, fail to do anything but make things worse.  Then they make it even worse yet by attempting to invent a metric for they know not what.

There were other reasons, including a visionary and optimistic desire among a few folks to bring more citizen participation into the halls of government. I suppose they thought that citizen participation would be the equivalent of a germicidal lamp illuminating the dimly lit back rooms of City Hall.

But experience shows that the visionary optimists were in the minority. To understand this point, you just have to consider the words and acts of successive City Councils over the past decade. The perpetual fighting over structural rules, elections, and funding eventually sapped the interest of even the most enthusiastic participants.

What's the core problem? I would say that it has always been a failure to define a clear purpose for the neighborhood council system. Without this, it has been impossible to build a structure and rules to accomplish that purpose.

Of course we have some words in the City Charter that ostensibly establish such a purpose. It's to increase public participation in government. We ought to be asking two questions. First, is the neighborhood council system succeeding even at this? Second, is this a worthy objective, or might we think of something better?

I would argue that yes, the system has brought some increased public participation, but it is only of a superficial kind. The problem is that the participation that occurs is not in government, but outside of it. The neighborhood council system kind of orbits around the real government, looking at it from a distance, making try after try to be heard and to have some effect, but largely without real influence.

This is not to say that neighborhood councils are totally divorced from elected officials. Actually, I've seen a lot of interaction between members of the City Council and the neighborhood councils. It's just that this level of interaction is no better, and sometimes a lot worse, than the kinds of interactions that the City Council members already have with homeowners associations and professional groups. We're tolerated, but not well respected, and we certainly are not treated as a coequal part of city government.

The next question, and a clue to the disillusionment I've been seeing in our neighborhood council veterans, involves the deeper question. Shall public participation itself be the be-all and end-all of neighborhood council activities? I don't think so. It's not all that useful as a defining purpose. To be useful, the participation would need to be of substance, involving real effects on Los Angeles residents, not just symbolic gesturing on the part of public officials as they give us 3 minutes to speak at a committee hearing. Yes, it's participation, but no, it's not of substance.

Let's try a different angle then. Interpreting the language of the Charter and the city's enabling legislation in a slightly different, but equally understandable way, let's treat the neighborhood councils as actually having an important role. Let's recognize the neighborhood councils as having the preeminent right of representing the public to our elected officials.

This does not mean that homeowners associations and chambers of commerce don't also have their say. It just means that the City Charter takes notice that all of our hundreds of disparate neighborhoods and streetscape communities have an official governmental agency to bring their concerns to, and it is their neighborhood councils.

Seen in this light, the neighborhood councils would have a defined purpose, almost like that of the Nordic Ombudsman, and we could invent functions and metrics tailored to that purpose. Your job as a neighborhood council would be to hear from your public, collect public opinions, and funnel those opinions to the city government. That's a worthy purpose, and everything else you do is secondary. Telling the city Councilman that we want the damaged road built sooner rather than later is part of that function. Tossing a few taxpayer dollars at a beach volleyball tournament is not.

The problem with this scenario, and the reason we are seeing such burnout among neighborhood council greybeards, is that the city government would have to treat this function as the legitimate right that belongs to neighborhood councils, above and beyond any such privilege provided to private organizations. Yes, the Rotary Club has some say with the City Councilman, but the Neighborhood Council has the right to represent the district's population by declaration of the Charter.

There is one more complication. The Charter language and city ordinances do not offer neighborhood councils any power or authority to enforce our lawful and proper role. Yes, we officially represent the public to our city government, but the city government is not forced to take any of this seriously. In the face of a political system which puts excessive power in the hands of paid lobbyists, we should be the peoples' lobbyists, and the City Council should take us seriously, but there is nothing forcing them.

A dozen years into the neighborhood council experiment, a lot of the founders are deciding that it's time to take an extended vacation. A new generation is being recruited, but it is not coming into a system that has the heady optimism of the early days, when we thought we might start to point the city government in a direction that is more in tune with the people and less beholden to lobbyists.

It is a generation that is being led by the nose into a certain kind of public service, but it's public service as defined by and for the elected officials, rather than the public service that consists of fighting City Hall when City Hall is wrong. Under the system as taught by the city agencies, City Hall is not wrong, and if you fight City Hall, then you are the one who is treated as wrong. I've actually been importuned by a local neighborhood council officer to be positive.

If being positive and supportive of city government was all we needed to do, then we sure wouldn't need neighborhood councils, would we?

(Bob Gelfand writes on culture and politics for City Watch. He can be reached at [email protected]) Graphic credit: Spike