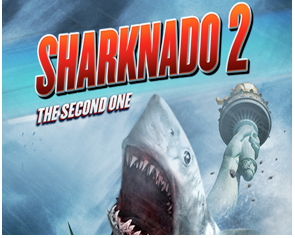 PERSPECTIVE-California lost Toyota, Nissan and Honda….and it’s losing TV and film production despite efforts to compete with the incentives offered by other states and foreign locations.

You could tell things were going downhill for Los Angeles and the state when we failed to entice the sequel for Sharknado to film here. You could argue that the plot needed a change of scene, but there is no shortage of targets in Southern California upon which to drop sharks.

The first movie left Orange County untouched. Dodger Stadium and the Staples Center were spared. The Kardashians would make the perfect victims for the ravenous, storm-driven predators. I could have included Donald Sterling’s mistress, V. Stiviano, as potential shark bait, but she wasn’t on the radar when the producers developed the story line for the sequel (I’m being kind by saying “developed”).

California Assemblyman Mike Gatto wants to up the ante with a bill, AB 1839, that would enhance the state’s incentives.

However, the California Legislative Analyst described using credits to attract production as a “race to the bottom.”

I tend to agree.

In an article for the University of Pennsylvania Journal of Employment Labor Law (Fall of 2003) by Gail Frommer, the author refers to film productions as “floating factories.”

The jobs many film companies create are fleeting. We may as well be trying to attract bands of gypsies. Productions can easily pick up stakes and move to Georgia, Louisiana and Canada, not to mention New York.

It’s not just about labor cost differentials. Work rules in other parts of the nation and the world could be more liberal and save on overtime. And since many film projects are launched under newly formed companies, there are no existing collective bargaining agreements to worry about.

This is not to say we should not offer credits. We just need to be more selective. We want TV shows with excellent long-term prospects. Wouldn’t it be nice if California could snare the mega-hit AMC series The Walking Dead? Breaking Bad would have been sweet. Hit programs generate lasting jobs.

Mayor Garcetti wants Letterman’s Late Night show to move to LA after the host retires. That would be good. Even if Stephen Colbert cannot beat Fallon or Kimmel in the ratings, it is likely the show will hang around for a few years.

But what about real factories?

Why didn’t the state or city try to reel in Toyota’s light truck facility by making a Texas-size offer?

Instead, San Antonio was selected. Had Southern California been picked, perhaps Toyota would have kept its headquarters in Torrance instead of moving it to Plano. What makes it particularly painful is that California was not even targeted by the automaker giant as the home for the plant.

Manufacturing facilities have the greatest potential for providing long-lasting jobs. It is difficult for an employer to pull up stakes when so much has been invested in real estate and equipment.

Texas Governor Rick Perry will get a lot of mileage with the $40 million he paid to Toyota.

Maybe our elected officials are too blinded by the glitter of Hollywood and do not appreciate or understand the economic benefits of manufacturing everyday products.

(Paul Hatfield is a CPA and former NC Valley Village board member and treasurer.  He blogs at Village to Village and contributes to CityWatch. He can be reached at: phinnoho@aol.com)