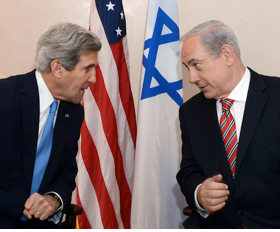 ALPERN AT LARGE-The Merriam-Webster dictionary defines Relativism as "a view that ethical truths depend on the individuals and groups holding them".  In other words, what's bad behavior and beliefs for some people are tolerable or acceptable for others ... and with the recent headlines reporting some very hurtful words, the truly open-minded among us must confront the danger of Relativism as the greatest challenge of our "post-racial world".

We've had some rather high-profile people say some very stupid things...and hurtful things...that have made all of us-- particularly our African-American friends, neighbors and family members--wonder just how racist the thoughts of white Americans still are.

Cliven Bundy, that rancher out in the Nevada wilderness who is either a freedom fighter against the overreaching, strong-arming federal government or a tax scofflaw who belongs in jail, makes statements to the effect that "Negros" were better off picking cotton and slaves because (or at least I think he meant this) African-Americans are currently "enslaved" by current dysfunctional social trends that hold them back.

To suggest that African-Americans--and, to a greater extent ALL Americans of ALL colors--are "enslaved" by either a dependence on government or a mistreatment by wealthy and non-sharing corporate overlords is probably to some degree true.

But Bundy's statements suggest that while he might care about the plight of modern-day African-Americans, he doesn't appear to view them as human beings, or as equals. A more blatant show of racist rants came from Clippers owner Donald Sterling, who (regardless of the related issue of the legality or morality of how or why his private comments were made public) showed that he was creepy and quite clearly a disgusting human being that belongs as far away from the public as possible.

Of course, there are a lot of billionaires who became rich by being creepy or disgusting--but Sterling illustrated his world views in an all-too-blatant way that showed his "true colors". Count me in as one who believes that Laker great Kareem Abdul-Jabbar got it right when he raised the issue of why it took THIS rant to make the world know that Sterling was a horrible man, both privately and publicly.

More importantly, with Sterling's slumlord and racist views and actions (again, his...ACTIONS!), why did the NAACP and the NBA ever let this man play such an important role in LA's economy and politics.

Abdul-Jabbar and fellow Laker great Magic Johnson are two LA heroes who are among the reasons that Angelenos love LA, and didn't really need a NFL team to establish any civic pride.  We had Showtime and the Lakers ... and now the Clippers ... to show the world that we're awesome.

Both Lakers and Clippers (most of whom are African-American) were shown to be privately scorned by Sterling, and it's proper that he's a persona non grata.  Clearly, however, it's not the end of the story.

With the election of Barack Obama, and his re-election over a wealthy white American who did as poor outreach to (and came across as privately disdaining) minorities, including Asians, we did and still strive to reach a post-racial world.  Our current president is great with words, but his deeds (joblessness, poor rollout of the ACA, increasingly blatant overreach of governmental authority and power) are making many Americans of all colors and political backgrounds who wanted a post-racial nation with black president wonder if we elected...the WRONG black President. President Obama's latest poll numbers suggest that--while likeable to many if not most Americans--there are too many dissatisfied with his performance.

The era must end when those who decry the President's performance are told to, in effect, "shut up and take it" by being silenced and shouted down as "crazy racists".  Which moves us to one of the main issues as to why Obama's polls are so low.

While it's understood that many among us are either too young, or too ill-taught by biased history teachers and professors, to remember the history of Israel, and the history of the Jews, and why Israel was founded, it's "game over" for Obama's Secretary of State, John Kerry, when he misspeaks about Israel being on its way to an "apartheid state".

There's a reason why anti-Zionism is considered by most Jews to be the same as being anti-Jewish (Arabs are Semites, so ideally  the term "anti-Semitic" is for those who hate BOTH Jews AND Arabs).  That reason is the recurrent history of Judaism is a repetitive pattern of marginalizing them, putting them in a single location within a given city, and robbing and/or killing them when the masses needed a scapegoat.

To have a Jewish state, with a Jewish people who for the better part of two millennia used the phrase "next year in Jerusalem" in their words and prayers, made sense after the Holocaust--after historical repetition of Jew-herding and Jew-killing came to a nightmarish and unheard-of new level.

The word "ghetto" is a term that began when the Jews were constantly relocated to one portion of a given medieval European or other city, similar to the way Native Americans were rounded up and relocated, and for centuries were prone to "pogroms" where these Jewish ghettoes were pillaged and its residents robbed, raped or even killed. Yes, that's right:  the word "ghetto" is a Jewish word at its roots.  And the Holocaust was the ultimate rounding up and getting rid of the Jews.

America and the world failed to take in the Jews when Nazi Germany tried to expel them, so the Nazis derived a "Final Solution" and spent enough energy and resources exterminating the Jews that it might have cost them the war.  Pretty scary stuff.

Enter the 1948 establishment of a two-state solution of Palestine and Israel, where England and the United Nations created an intertwined series of borders for the two states, allowed armies to be created in Jordan and other neighboring countries, and forced American Jews to have to smuggle post-World War II arms to native and emigrating Jews from Europe in order to survive the inevitable War of Independence.

The original borders of Israel was the ultimate ghetto, and it was a setup for the Israelis to be slaughtered...but they overcame all odds and took over the land of what is modern-day Israel after the Arab states told the Palestinians to get out of the way so they could drive the Israeli Jews into the sea.

If one takes a look at American history, it might appear to be consistent that all of the original Palestine should be therefore permanently annexed by Israel and that would be that.  But most Jews, including myself, do and will always adhere to the concept that there will NEVER be peace in the Middle East until there is a Palestine.

Yet how can one justify a Palestine that was once led by a Yasser Arafat who as we now know, despite the media's grand cover-up for decades, said one thing in English to the West (we want peace with Israel), but another in Arabic to his own people (we will never recognize Israel, and the Jews must all be expelled and/or killed)?

Or a Palestine that still has Sesame Street-like shows for children that glorify suicide bombers and make Jews out to be monsters who eat Arab/Muslim children as part of their religious rituals?

Or one that still sanctions suicide bombers who make civilians and children their targets?

Or a Palestine that thinks we should all ignore Munich, Kiryat Shemona, the Achille Lauro and myriad horrific terrorist attacks on Jewish civilians both in Israel and abroad?

Or a Palestine that still, to this day, has a majority that does not recognize Israel's very right to exist?

So when "Zionism is racism" or "Israel is apartheid" is mentioned, the concept of preventing the establishment of Jews as a minority to be relocated, herded together and then killed is ignored--despite the recurrent history that shows again and again and AGAIN that this certainly will happen.

(And for those who need another analogy, how have Christians fared in Egypt, Lebanon, Syria or Iraq as of late, now that they are in the minority?) So way to go, Secretary of State Kerry--no matter how you might backtrack--when you use the words "Israel" and "apartheid" in the same sentence.  Go away.  Forget it.  You're as welcome among Jews as Donald Sterling is among African-Americans, and perhaps we now know that we dodged a bullet when you lost to George W. Bush in the 2004 presidential elections.

It would be great for the Israelis to just come out and SAY IT that their establishments in the Arab territory East Jerusalem region is necessary to create a buffer to ensure the safe and free access to ALL religions to that holy city, because to do otherwise it looks like Israel is willing to ignore and trash its international agreements. And it can't be emphasized enough that there will NEVER be peace or justice in the Middle East without a Palestine--albeit with a Palestine that its neighbors (including Lebanon, Jordan and Egypt, who have all had their own fights with the Palestinian refugees) can live with. Which brings us back to the "isms" among us.

A truly "post-racial" world understands that deeds are by far more important than words, whether it's a Nevada rancher or a Los Angeles team owner or an American Secretary of State or a given nation...but words really DO suggest what deeds are secretly desired by the person who says them.

Racism and anti-Semitism are more subtle (and prevalent!) than ever, and are used by all political stripes and by individuals of all color to achieve power and to oppress others.  But we will ALL have to be willing to be judged by both our words and our actions, in an equal status--hence the never-ending Affirmative Action debate--but the greatest danger is Relativism.

To suggest that Relativism is acceptable is to accept the concept that some people, and some races, can hold hateful views and do hateful things.  Relativism is therefore arguably the most racist, and most dangerous, paradigm of all, and must be fought in all venues to ensure harmony within our City of the Angels, our nation, and within our world.

(Ken Alpern is a Westside Village Zone Director and Boardmember of the Mar Vista Community Council (MVCC), previously co-chaired its Planning and Outreach Committees, and currently is Co-Chair of its MVCC Transportation/Infrastructure Committee.  He is co-chair of the CD11 Transportation Advisory Committee and chairs the nonprofit Transit Coalition, and can be reached at Alpern@MarVista.org This email address is being protected from spambots. You need JavaScript enabled to view it.   He also does regular commentary on the Mark Isler Radio Show on AM 870, co-chairs the grassroots Friends of the Green Line at www.fogl.us .  The views expressed in this article are solely those of Mr. Alpern.)