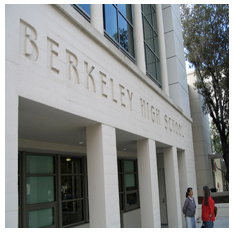 MY TURN-A Response to Last Sunday's LA Times Article.   About twelve years ago when I was still teaching at relatively high achieving Palisades Charter High School, I was invited to a well funded program at UCLA, where we were asked, "What can we do in high school to improve the achievement of Black and Latino students, so that they might have greater success in post secondary education."

The answer I gave at that time is still as politically incorrect as it was then, because most politicians and educators refuse to accept the fact that the failure to assure appropriate physical and mental stimulation to the developing brains of Black and Latino children at the appropriate time in their development does immutable damage that cannot be subsequently rectified.

Sociologist have long understood that early inequities in physical and mental stimulation of children have a profound and more immutable effect on these children the longer it is allow to exist.

Geoffrey Canada of the Harlem Children's Zone did not seek to avoid this reality in addressing the long term failure of Black youth in Harlem. Rather, he sought to assure that Black children and others in the 97 blocks in Harlem he choose to deal with had proper diet and mental stimulation to assure that they could achieve their genetic potential.

His approach was based on the fact that Black youth by the time they arrived at kindergarten had heard millions of less words than their White counterparts and the resulting disadvantage it put them at.

Even early development programs like Head Start came far too late to address the damage that had already been done, if mothers had not eaten a diet sufficient in protein and other vital nutriments, while limiting sugar, salt, and saturated fat, to gestate a normal child.

Destroying a successful science instruction program by 20% to 40% to fund "equity" programs, accommodates to Black and Latino underachievement instead of addressing the knowable and treatable factors as to why Black and Latino children continue to do poorly in competition with their White and Asian counterparts.

Most racial equity programs are easily identifiable as a waste of time and money, because they propound goals of nebulous "equity" without any specific pathway to achieve these goals. Worse yet, they accommodate to minority student underachievement in the misguided belief that holding minority children to a lesser standard than their White and Asian counterparts will somehow allow them to succeed at some undefined point in the future, which experience has taught us never seems to arrive.

If you want to talk about this reality in aid of finally and definitively addressing and dealing with Black and Latino underachievement, you might point out the disparity between American Black and African Black students living in Los Angeles and going to LAUSD schools or the same disparity between American Latino and recently arrived Latino youth. The longer foreign or first generation minority youth remain in the United States, the better the chance that they have "gotten down" to the level of their native born brothers and sisters.

Why is it such a shock to cite the low achievement of Black and Latino youth at Berkeley High and elsewhere in this country?

What would be truly a miraculous fantasy is if these youth did any better than they are presently doing.

Legislating to get rid of de jure segregation in 1954 with Brown vs. Board of Education does little, if the society we presently live in in 2014 is more de facto segregated than we were in 1954. Black and Latino students who refer to the good students among them with pejorative terms like "school boy" do not create the cultural support necessary to challenge the stereotype of minority ignorance that still pervade our society.

"Mr. Isenberg, This is a Black school,” was the retort of my Black principal at Dorsey High School, when I was called into her office for trying to teach my predominately Black and Latino students at the level that I taught students when I was at Palisades Charter High School on the affluent Westside of Los Angeles.

Given the limited choice of playing Mr. Charlie's present proxy game of continuing failed public education and living in Baldwin Hills or living in "The Jungle" below, many smart albeit cynical minority administrators have chosen to turn Dr. Martin Luther King's picture to the wall.

Getting rid of high achieving science classes with two or three labs will do nothing to improve minority achievement, it will just compromise the achievement of the students from affluent families who will be encouraged to "get down" to the level of their underachieving minority fellow students.

The way to fix this system is to pragmatically deal with the damaged students who are already in the public education pipeline to the best of their actual ability, while assuring that their younger brothers' and sisters' potential is not irreparably destroyed the way theirs has been.

When I started teaching at Audubon Middle School 23 years ago in Los Angeles' Crenshaw District, the same situation existed and was not addressed.

Now, 23 years later, I am dealing with the children of my students back then without anything having been done to address the underlying issues that continue to assure minority academic failure that only fulfills the not so clandestine racist feelings that Whites and minority educators sadly still harbor.

It speaks volumes that those seeking minority equity at Berkeley High seek to destroy "before and after-school science labs and redirect it to a pool of as-yet-undetermined 'equity' grants." Again, equity programs since the 1960s have always been couched in Orwellian newspeak (edspeak) simplistic language that has no specificity, because of the unwillingness of long failed public school administrators and politicians to define a real and specific approach to turning around minority underachievement.

Such a program would go against their present economic self-interest, which they see as being tied to maintaining the status quo in public education. After all these years, it is a fair question to ask whether they really want truly accountable minority equity in education, since there is clear evidence and practice as to what it would take to overcome the damage that has been sustained by minorities for over 400 years and how to turn it around.

Let me leave you with a few potentially positive suggestions as to what might be done with the money that is being cut from the science programs:

1. Lessen class size in as many prenatal care and early education classes as you can, where the damage to minority children might be minimized and still have a greater effect on achieving subsequent success for these students when they reach middle and high school;

2. Give financial scholarships to any student who is precluded from taking higher level academic English, Math, and Science classes, because they either cannot afford to take these classes or would have to work at the times these classes are given. Waiting until minority students reach college age to award scholarships is waiting too long;

3. Create virtual classes which create blended Internet based classes of minority and majority students from the earliest ages to assure access for less fortunate and underfunded schools.

(Leonard Isenberg is a Los Angeles observer and a contributor to CityWatch. He’s a second generation teacher at LAUSD and blogs at perdaily.com. Leonard can be reached at Lenny@perdaily.com)