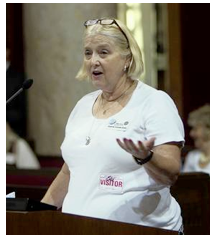 PERSPECTIVE-I have to admit it is not without some amusement I have read articles recently in CityWatch that praise, condemn, or otherwise purport to analyze LA’s neighborhood councils, Department of Neighborhood Empowerment, and Board of Neighborhood Commissioners.

Having served this government Frankenstein that is the neighborhood council system for its entire life as a volunteer, board member, treasurer, and president, commissioner, and consultant, I’ve witnessed the entire arc of this journey. Please allow me to offer the following in the hope it will make easier the lives of those who would to join in the fun.

The first thing about understanding the neighborhood council system is that it isn’t a system. The traditional municipal hierarchy of employees, department administration, commission doesn’t apply. In fact, the highest-ranking individuals in the system are the 1,600-plus neighborhood council board members. They are elected officials. The paid elected officials and bureaucrats don’t like to admit this, but these selfsame folks are demanding that neighborhood council volunteers adhere to many of the rules, regulations, and training requirements of those getting a paycheck to work for the city.

A recent CityWatch piece referred to the Department of Neighborhood Empowerment as Kinko’s. This is a good analogy. The city charter and ordinance governing DONE use the word “assist” to describe the department’s function. It is not the job of DONE’s bureaucrats to decide how neighborhood councils will operate. It is the department’s job to help them when they ask for it.

Which brings us to the commission. In my experience, there are two kinds of commissioners—those who want to be in charge and those who understand that nobody’s in charge. The city charter that established the neighborhood council system (for lack of a better word) contemplates that each neighborhood council will be an independent and unique entity so they may best respond to their stakeholders’ concerns.

There is no hierarchy in the neighborhood council system. The commission, department, and councils operate on the same plane. The only way this system functions is if those involved understand this and work as a team. 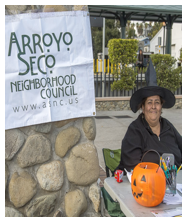 Someone said democracy is messy. At the grassroots level, it’s chaos. Believe or not, that’s a good thing. The best outcomes are forged in the fire of debate. I’m not saying there shouldn’t be rules. I’m saying there should be rules, but they should be minimal and based on human nature as it is.

I know Robert’s Rules of Order is daunting. However, most groups will never need to know more than about 20 pages of what’s in them. Anyone capable of playing a game of Monopoly can understand how to run a meeting. Once a neighborhood council board gets that, they can move on to the important stuff.

The paid officials, elected and otherwise, seem more interested in the process than the outcome. In many cases, the individuals who participate in the life of neighborhood councils are, by turns, passionate about their causes, often unfamiliar with the rules, and frustrated by the glacial pace of government.

I have never met anyone in the neighborhood council whose intentions are bad. They invariably come to do good and don’t understand why others won’t let them or make the process so difficult.

Advice to everybody in the neighborhood council system: patience and persistence pays off; and it doesn’t hurt to know the rules.

Advice to elected officials and bureaucrats: work with the neighborhood councils and you won’t be sorry. You may even be pleasantly surprised.

Neighborhood councils don’t have access to nuclear weapons. Nor do they typically deal with other matters of life and death. It’s O.K. to get worked up about issues. Board members should care about what’s going on in their areas and respond to stakeholders who raise matters of concern. It’s also O.K to call out elected officials and bureaucrats who are not doing their jobs or doing them badly. But, don’t yell at them. I know it feels good, but it doesn’t help your cause.

The folks who sit around the horseshoe, their staffs, and the overlords and minions of the city’s administrative structure need to remember they are not part of a municipal priesthood. In a democracy, power belongs to the same people many of you look down on. I’ve been in too many meetings where city workers condescend to neighborhood council volunteers.

Mayor Garcetti has adopted “Back to Basics” as a theme for his administration. I’m not quite sure what he means by that, but this is my attempt to remind everyone that we have lost much of the enthusiam of the early days of neighborhood councils and that’s one basic it’s time to get back to.

Less regulation, more teamwork, and maintaining perspective are the keys.

(Doug Epperhart is publisher, a longtime neighborhood council activist and former Board of Neighborhood Commissioners commissioner. He is an occasional contributor to CityWatch and can be reached at: [email protected])