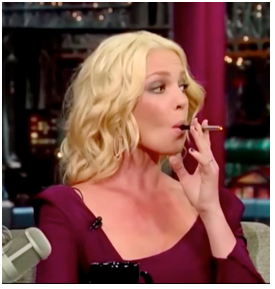 HEALTH POLITICS-In Hollywood movie scripts, a narrative based on guilt by association might make a compelling story line.  But it is a lousy way to make policy – and that is what the Los Angeles CityCouncil is being asked to do regarding electronic cigarettes.

A proposed ordinance in the City Council would impose restrictions on e-cigarette use in public places.  Such restrictions make sense for traditional tobacco cigarettes. But this proposal is misguided because it would do a public health disservice, discouraging smokers from switching to less-harmful electronic cigarettes that do not combust tobacco and therefore, do not create second-hand smoke.

As a former president of the American Lung Association, I have seen how e-cigarettes have become the subject of much confusion and misinformation, which has led to a classic case of guilt by association.

E-cigarettes may deliver nicotine and look like cigarettes.  But there the similarities end.  Combustion of tobacco has long been recognized by the public health community as the real danger of a conventional cigarette. The lesson is crystal clear: Different products require different regulations.

We have a good understanding of the contents of an electronic cigarette and the vapor it produces. Propylene glycol, a main ingredient, is found in many foods that we eat, where it is commonly used as a preservative. Scientific research continues, but to date appears to indicate that the harm from e-cigarette vapor is minimal, and negligible compared with smoke from conventional cigarettes.

Michael Siegel, a professor in the department of community health science at Boston University, put it this way in reviewing a recent study: “This study confirms that electronic cigarette use is much safer than smoking and suggests that any health risks associated with passive exposure to electronic cigarette vapor are likely to be quite low.”

The Food and Drug Administration will soon begin developing a policy to regulate but not ban electronic cigarettes. Comments from federal officials point toward a policy that will treat e-cigarettes as separate and distinct from conventional cigarettes.

Others see differences between electronic cigarettes and combustible tobacco cigarettes as well. David Abrams, executive director of the research arm of the nonprofit American Legacy Foundation, wrote recently in the Journal of the American Medical Association that while more research is needed, e-cigarettes with prudent regulations “have the potential to make the combusting of tobacco obsolete.” He added: “Statements based on ideology and insufficient evidence could prevent the use of this opportunity before it becomes established as part of harm reduction strategy.”

Mr. Abrams is correct. E-cigarettes are a fundamentally different product from combustible tobacco cigarettes and should not fall under the same rules and restrictions.  Rather, we should encourage current smokers to move down the ladder of risk by implementing regulations that recognize these differences.

As a society, we should continue our laser focus on eliminating tobacco use. But a premature “regulate first, ask questions later” approach that equates e-cigarettes to combustible tobacco cigarettes only serves as an obstacle to that goal.

The Los Angeles City Council should pause its campaign against electronic cigarettes until the FDA experts offer guidance on how the product should be regulated.  To do otherwise is to ignore an opportunity to save millions of smokers from a lot of harm.

(Charles D. Connor is a consultant to the Electronic Cigarette Industry Group and a former president and CEO of the American Lung Association. This piece was posted first at foxandhoundsdaily.com)