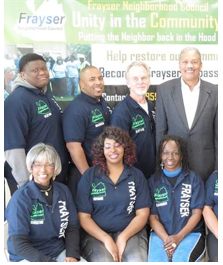 NEIGHBORHOODS LA-I was all set to complain and bemoan the attitude of some of our Neighborhood Council (NC) volunteers, who either suffer from delusions of grandeur; passive/aggressive behavior; or the need to demean those with whom they don’t agree. I was also less than satisfied with the anti-bullying strategy Deputy City Attorney, Vivienne A. Swanigan, brought to the recent Valley Alliance of Neighborhood Councils (VANC).

Then I read EmpowerLA’s Managing Director Grayce Liu’s recent column on her and David Winston’s (President, Empowerment Congress West NC) recent trip to Memphis, Tennessee. They were invited to talk about LA’s Neighborhood Congress program to the Frayser Neighborhood Council and two other groups.

The meeting took place as part of a new White House program called “The Neighborhood Revitalization Initiative.”  Four economically deprived cities with similar challenges: Fresno; Memphis; Flint; and Milwaukee were chosen to receive a grant to help them rebuild their neighborhoods.

Memphis selected our NC System and picked the Empowerment Congress West NC to help because they felt there were commonalities.

For those of you who read Grayce’s report, I wondered if it hit you the same way it affected me.  It  completely changed my focus.  Here’s a thumbnail sketch of what they discovered. You may read the entire report here . Frayser is predominantly African-American with 55% of the population living below the poverty line. In spite of having an African American Mayor – this is still the “South” and they feel disenfranchised. However, in spite of the odds, this a group of community members trying to get their city government to pay attention to them.

David Winston remarked that both he and Grayce tried to tell them that they have to empower themselves. Recommendations included getting active in city agencies and getting out the vote. Because only 10,000 of their constituents voted in the last election, they are being ignored.

I asked David Winston how he viewed the Frayser situation. He said, “I came home wanting to adopt the entire group! I told my NC that we think we have problems … we get funded by the City, we have places to go for advice and help and we are starting to wield influence – in comparison to Frayser our problems seem much smaller.”

According to Grayce Liu, “We were also told that Memphis is part of a blue county in a red state, and that at the state legislature level, they are referred to privately as "Memfrica" in reference to the large number of African Americans there. Community members understand that change in Frayser would not come easy even with the creation of Neighborhood Councils, given the historical background of race relations between African Americans and Caucasians.

“School district lines were recently redrawn in what their community interpreted as an attempt to prevent integration of African American and Caucasian children. It was recently announced- without community input - that budget cuts were going to result in the closure of up to 15 schools, which all happened to be in the predominantly African American areas of Memphis. Additionally, Frayser was the only Memphis community that didn't get any city funded Christmas lights last year because the city said it ran out of funds.”

So to get back to what I started at the beginning of this article: We cannot legislate good manners or intentions.  We have so much for which to be grateful. We receive  tax payer funding and are part of the city agency structure. We are being invited to participate in the inner workings of local government. Let those who try to put up roadblocks or enjoy the minutia of the procedures- instead of good policy- be met with reasoned brevity and a healthy sense of humor (since clearly they have none!).  It might also help if NC Board members knew how to run a meeting.

When we look at cities like Frayser who are struggling to find a way to have a little influence for their communities’ needs, we need to extend a helping hand and to quote Councilman Bernard Parks, “stop whining.”

Deputy City Attorney Swanigan pointed out in her presentation that there is a vast difference between workplace violence and “bullying.” There are difficult people in every organization, but an NC meeting is a “free speech area”.  She added, “A Board member or public may say something you don’t like and stakeholders may push the limits of tolerance. However, criminal threats are not protected speech and should not be tolerated.”

That also brings up the “no mudslinging” edict in our election rules. If we are a free speech area how can one enforce no mudslinging?

In conclusion … we may have to just “suck it up”, do our jobs well and continue to make a difference in our communities. We can’t expect civil behavior solutions from either EmpowerLA or the City Attorney. We have an abundance of good Karma right now … let’s not waste it on things or people we can’t change.

Your comments are always welcome.

(Denyse Selesnick is a Board Member, 2014 Election Chair and Vice Chair of the Tarzana Neighborhood Council. She is a contributor to CityWatch covering activities and policies in NCLand.

She can be reached at denyseselesnick@yahoo.com)