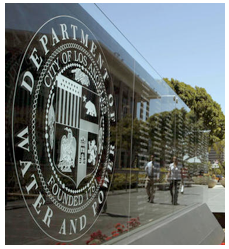 OPEN LETTER TO ASSEMBLYMAN RAUL BOCANEGRA-I am writing you this letter in the hopes of prevailing upon you to cease your efforts to have the State of California audit the DWP's billing system.  We Angelenos already have too many politicians mucking around with the DWP -- we don't need another dysfunctional layer of government trying to make points in the news media while tying up more scarce DWP resources.

You may be unaware that the DWP is already subject to more political controls and machinations than any other utility in the State of California -- maybe in the nation.  In fact, one could make a case that political meddling is at the heart of the Department’s woes.

All of the DWP Board members are appointed by the Mayor, each Council District foists the financing of their own pet projects onto the captive Department, and the City recently dumped some 1600 City employees onto the DWP’s payroll.

We waste billions of ratepayers dollars in these political machinations, as the City Council mucks with the DWP rates to 'look good' to the voters -- withholding rate increases even as the infrastructure literally rots. And despite it all, the DWP has lower rates than other utilities.

Based on those experiences, it seems to me that we have enough home grown problems that need to be addressed in Los Angeles without the dubious 'help' of elected officials in the State of California.  After all, the DWP billing system will get fixed in the near future, and is no worse a debacle than several recent State of California IT Projects.

If you and the great State of California would actually like to help solve the Department’s problems, cool. I’ll even give you a suggestion.  Why doesn’t the legislature do away with the Great Basin Unified Air Pollution Control District, which is nothing more than a blackmail scheme to rip off millions of dollars from Los Angeles residents to feather the nests of a few local insiders. Doing this would actually help Los Angeles, your constituents, and the DWP, and maybe even let some water flow to our drought ridden communities.

On the other hand, if this is just another politically motivated exercise in finger-pointing, give us a break.