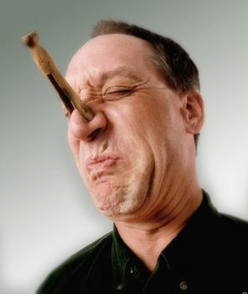 HOW THE LAWS FAILED US-On paper the fight against the mansionization of Los Angeles’s neighborhoods has been won.  After a decade of tough skirmishes at City Hall and in local neighborhoods, Los Angeles now has legally adopted anti-mansionization planning policies and citywide ordinances.  At the policy level, the Los Angeles General Plan, its 35 Community Plans, and the City Planning Commission’s “Do Real Planning” policy declaration all support restrictions on mansionization -- the process of real estate speculators demolishing older single-family homes and then replacing them with over-sized, out-of-character suburban-style spec houses.

But, as anyone who drives through vast swaths of Los Angeles can plainly see, the mansionization process never stopped, and it is now in overdrive.  Based on these simple, observable facts, the adopted mansionization policies and their implementing ordinances are strictly ornamental.

To, therefore, figure out exactly how the City of Los Angeles still manages to approve McMansions despite these adopted policies and ordinances, anti-mansionization advocates initially determined that the culprit was the Baseline Mansionization Ordinance’s itself.  After all, this ordinance was sabotaged by last minute exemptions and bonuses unsuccessfully opposed by the President of the City Planning Commission and the Director of City Planning.

While we have little doubt that the Baseline Mansionization Ordinance (BMO) only works until that moment when local real estate economics reach a mansionization tipping point, we now understand the actual process is more complex.  This is why amendments to eliminate those fatal, last-minute BMO loopholes, are only the first step.

The second step is also essential, making the internal review and enforcement processes of the Los Angeles Department of Building Safety transparent to the public.

Finally, the third step to stop mansionization is major revisions in the Department of Building and Safety’s procedures for permitting and inspecting house demolitions.

Let us look at these three steps in more detail.

Step 1: Eliminating most or all of theBaseline Mansionization Ordinance’s exemptions and bonuses.

The exemptions are straightforward.  Incredibly, the size of a house does not include an attached garage, a vaulted entranceway, and semi-enclosed breezeways and balconies.  Together, these exemptions allow a house to increase its size by 750 square feet.  For example, on a 6000 square foot lot, by-right development begins at 50 percent of lot area (Floor Area Ration or FAR = .5) or 3000 square feet.  750 square feet can be added without any public knowledge, and this inflates the FAR from .5 to .625.

The mansionization bonuses, however, are trickier.  A McMansion contractor has three alternative methods to increase the Floor Area Ratio (FAR) of a house by 20 percent or about 600 square feet on a standard 6000 square foot R1-1 lot.  This bonus then raises the real square footage of a house to 4,350 sf, for an actual FAR of .725.  Voila!  The municipal ordinance that was supposed to stop mansionization lays out a red carpet to the mansionizers.

The first bonus option is stepping back the second story of a house by 25 percent.  Mansionization activists have never observed a new McMansion with this design feature, but that does not mean anything.  Building and Safety could grant this bonus again and again, and no one on the outside would ever know.

The second bonus option is recessing 20 percent of the front façade of a house for 20 percent of the structure’s depth.  From what neighbors can observe, a few supersized houses might qualify for this bonus, but this is conjecture since on-line building permit data does not reveal which FAR bonus LADBS granted to a McMansion contractor.

The third and most pernicious option is the “green” bonus.  From June 2008 though January 2011, a contractor could claim he complied with LEED (Leadership in Energy and Environmental Design) at the certified level and then expand the square footage of a proposed house by 20 percent.  From January 2011 to date, the path to this green bonus changed to compliance with Tier 1 of the new Los Angeles Green Building Ordinance.

The first problem with the green bonus is that Building and Safety does not verify any energy savings through LEED or the Green Building Ordinance.  This McMansion bonus is entirely based on untested and unconfirmed claims.

This is because of a second problem.  There is no evidence that a large, LEED or Tier One house is energy efficient.  In fact, the actual data reveals the opposite; all McMansions are energy hogs.  They minimally use twice the energy – which means they produce twice the pollution – as the smaller houses they replaced.  All those flat roofs, 24/7 heating and air conditioning units, pools, spas, restaurant-sized appliances, and SUV’s in the driveway assure enormous electricity, natural gas, and gasoline bills.

The third problem is the secrecy of these green reviews.   Because nearly all McMansions are boxes, they do not appear to have utilized either design option to bulk up.  By a process of elimination, this only leaves the green .2 FAR bonus option.

But, City Planning, which was in charge of these LEED bonuses, reports that Building and Safety only referred a “handful” of such cases to them.  In other words, Building and Safety must have issued hundreds of LEED bonuses between June 2008 through January 2011 without bothering to send more than a few of these applications to the Department of City Planning for their legally required review and approval.

Furthermore, since January 2011 a special Green Code group at Building and Safety has internally reviewed BMO green bonus requests.  Judging by the number of McMansions permitted in the past three years, this Green Code unit should have approved hundreds of such applications, but they report they only receive about 10 applications per year.  If approved, each of these cases would require contractors to comply with Tier 1 of the Green Building ordinance and, therefore, carefully separate building materials when houses are dismantled by hand.

They would also be required to cover dirt and protect trees and plants.  While this may have happened somewhere in Los Angeles, McMansion neighbors have never observed it.  Never, ever.

Are there guidelines, formal or informal, to determine if an application meets the requirements for the three FAR bonuses?  Are there Building and Safety employees who have devised their own lenient interpretations of the Baseline Mansionization Ordinance?   Do McMansion contractors go permit shopping – as we assume -- at different Building and Safety offices to get their projects quickly approved?  No one outside LADBS can answer these questions, and this is why the full permitting process must become open and transparent to the public.

Step 3:  Establishing careful oversight over demolitions to assure that contractors adhere to all public health requirements.  The mansionization story only gets worse when it comes to demolitions, which is why we say, “The more you stir it, the more it stinks.”  In addition to contractors never complying with Tier 1 of the Green Building Ordinance, nearly all contractors fail to post their legally required demolition permits.

In addition they typically fail to disconnect gas lines, fail to remediate asbestos and lead paint before and during demolitions (required by the South Coast Air Quality Management District/SCAQMD and LA County's Department of Public Health’s Environmental Affairs Division), and fail to properly remove demolition rubble according to the official regulations of the Los Angeles Bureau of Sanitation.

These slipshod practices apply to nearly every demolition, and it take multiple public complaints to ensure that a house is legally and safely demolished to protect the health of workers and neighbors.

As for Building and Safety, their on-line demolition permits do not indicate if a contractor has been in contact with the SCAQMD regarding asbestos remediation, LA County Public Health regarding lead paint, or the Bureau of Sanitation regarding the proper sorting and removing of rubble.

It also appears that the only action that LADBS takes for these public health concerns is to note that contractors signed a declaration stating they will follow the regulations of other agencies.  Since this seldom happens, residents are forced to file code violation complaints with these other agencies.

In response, these outside agencies report they do not make routine field inspections of demolition sites in Los Angeles.  Instead, they only make a site visit when they receive a public complaint.  As a result, several unsafe demolitions have been temporarily halted, but only after multiple public complaints.

Meanwhile, demolitions continue unhindered by these public health requirements, exposing construction workers and neighbors to toxic pollutants.  For example, in the Beverly Grove neighborhood one of the worse demolitions was close to the Hancock Park Elementary School, on a street where many kids walked to school.Like the demolition permits that contractors are legally required to post (but seldom do), compliance with these public health requirements should be plainly visible on all on-line and posted permits.

LADBS inspectors should immediately shut down any demolition that does not post permits, disconnect gas lines, remediate asbestos and lead paint, or properly sort and remove demolition rubble.  After all, the Department of Building and Safety still has Safety in its official name.

It should keep workers, neighbors, and students safe, not force neighbors to make endless phone calls to ensure that federal, state and local laws and regulations are properly followed at projects that Building and Safety permits and inspects.

Like those nested Ukrainian dolls, we expect to discover still more skullduggery in the mansionization process.  After all, each time we think we have finally understood how LA’s neighborhoods are being mansionized, we uncover more slipshod and dangerous practices that are tucked away outside public view and scrutiny.

Like we say, the more you stir it, the more it stinks.

(Dick Platkin is a CityWatch contributor, a city planner, is on the board of the Beverly Wilshire Homes Association. He welcomes questions and comments at [email protected].