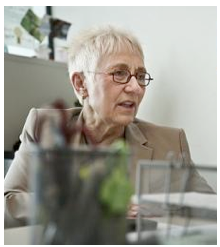 ANIMAL RIGHTS-When the Los Angeles Times published a chart for the changes that brought down officials in the City of Bell, they included an excerpt from court papers that read:

In that case, the article was discussing the fact that City Manager Robert Rizzo “…went ahead, entered into that contract without any public approval of it in the Council…”

KFI News reporter Eric Leonard said of the the City of Bell corruption what many media sources emphasized: That it was not just the amount of money involved in the scandal that brought down the Bell city officials, but the “secret formula,” which allowed laws to be circumvented and city policies to be interpreted in such a way that individuals benefitted and public notice and review were avoided.

On a different scale—and not accusing anyone of manipulating financial documents—is an ordinance approved by the Los Angeles City Council and signed by Mayor Eric Garcetti, which went into effect on January 19, 2014, as Ordinance No. 182816 (Council File No. 11-0754-S1.).

The following is not an easy read. The tangled web of deceit is not easy to unravel. Part 2 of this series will be filled with direct quotes from e-mails and other documents obtained through Public Records requests that provide a disquieting inside perspective. Here is an overview.

The above ordinance on the definitions of dog/cat kennels and pet shops sounds so innocuous that the average person would hardly notice it on an agenda or posted for public notice, which was the intention.

But the method used to avoid public awareness or scrutiny is just as deceptive as the Bell “secret formula” and perhaps in a way even more egregious; because—under the guise of “saving” animals--innocent business and property owners can face the potential ruin of their means of livelihood and their lifetime investment; schools and other care centers for children, sick or elderly residents become the direct victims of dangerous health hazards and building-code violations And the effects on the animals, themselves, can be equally deleterious.

SUDDENLY A “DOG KENNEL” APPEARS NEXT TO YOUR BUSINESS

The City of Los Angeles created a problem with “unintended consequences” in December 2012, when it banned pet shops from selling any dog/cat/rabbit unless obtained from shelters, rescuers or humane societies.

The combined wisdom and expertise of the staffs of Councilman Paul Koretz, LA Animal Services GM Brenda Barnette, the Mayor’s Office and the City Attorney failed to foresee that the (mainly adult) dogs and cats that were intended to be offered in lieu of puppies and kittens require a kennel permit, which is not allowed in most commercial (C2) zoning.

Any request for such a kennel permit other than in a manufacturing (M) zone must undergo the Conditional Use Permit to assure that it does not create a health/safety hazard or nuisance to commercial and residential areas within 500 feet. Cats are included in the new ordinance, so exposure to disease, allergic reactions, odor, and waste disposal are major issues, as is the possibility of escape.

Dog-kennel permits are required in the city of Los Angeles when a person/business wishes to keep/maintain four or more adult dogs (over four months of age) on any lot or building/home. This makes sense because this is the age when the dogs begin to bark and develop other nuisance behaviors and are large enough to produce enough waste to contaminate ground areas and impact runoff in the surrounding environment.

HOW DOES A “PET SHOP” BECOME A KENNEL?

There are two parts to the irregular proceeding that changed a City ordinance without public notice. It moved on two different tracks. One was Council File 11-0754-S1, which was public but not viable on its own because it called for a change in Zoning Code (to eliminate the Conditional Use Permit requirement) and Planning review/approval (which never happened, according to the records.)

At the same time, behind the scenes and protected from public scrutiny—Chief Zoning Administrator Linn Wyatt was purportedly approached by Brenda Barnette and Deputy City Attorney Dov Lesel, who asked Wyatt to reinterpret the definition of a “dog kennel” in regard to pet shops selling shelter animals, so that the overnight housing of a large number of adult dogs would not require a Conditional Use Permit.

She did this in an interpretation, ZA 2013-3104 (ZAI) which was created internally and not required to be sent to the Planning Director, Planning Commission nor to the Council Planning and Land Use Management (PLUM) Committee, where the public would have been notified.

The Zoning Administrator’s Interpretation (which also changed the wording of the code by adding “excludes pet shops”) allowed categorical Conditional Use Permit bypass for “Pet Shops” selling rescued animals in the wording of the Citywide Zoning Code and, therefore, made CF 11-0754-S1 the new law.

Planning Assistant Katherine E. Peterson issued a “Notice of Exemption” on October 15, 2013, stating that “This ZAI [Zoning Administrator’s Interpretation] establishes the definition of kennels as excluding pet shops, unrelated to the development of sites, and, therefore it could not have an impact on the physical environment.”

“The Zoning Administrator’s Interpretation (ZAI) establishes that the definition of kennels, as set forth in Los Angeles Municipal Code (LAMC) Sec. 12.03, excludes pet shops, as first permitted I the C2 zone, that are lawfully permitted by the Department of Animal Services as provided in LAMC Sec. 53.00.”

The only way this was discovered was after CF 11-0754 was signed by Mayor Eric Garcetti on December 6, and transmitted by the City Clerk with a cover document marked that it had been approved by the Planning Director and the Planning Commission. THIS IS NOT TRUE, according to a response by the Planning Department on January 8, 2014.

Thus, Council File #11-0754-S1/Ord. 182816 was the vehicle, masked in animal-life-saving rhetoric, which allows the “new business-model pet shops” to bypass the Conditional Use Permit process in ANY C-2 zoned property (in a shopping mall or other business location.)

And ZA 2013-3104(ZAI) was the "Interpretation" that was more than an interpretation because it added words to the Zoning Code to make the new ordinance legal. Wording changes cannot be made to a Zoning Code without the approval of the Planning Director and the legal process of public notification and hearing.

It also eliminates the required 500-foot distance from residential zoning that has assured dozens of barking dogs do not disturb the quiet enjoyment of homes. It removes the requirement that dog kennels be in manufacturing (M) zones, and it totally bypasses any scrutiny as to meeting sewage, drainage provisions that assure waste products are not being washed across sidewalks and into residential/commercial streets.

This allowance that “pet shop dog kennels” (or cat kennels) can be located in central business locations and near residences also blatantly ignores County Health codes that protect against the transmission of contagious disease directly to other animals/pets or humans (zoonotic) by the spread of bacteria and viruses or airborne diseases carried by moist particles or dried animal waste products.

A very scary aspect of this ordinance is that LA Animal Services manager Brenda Barnette has sole discretion over what the policy will be and who will be allowed to open a “pet shop,” (Since she is desperate to clear as many animals as possible from City shelters in order to appear “No Kill, it is unlikely there will be many refusals.)

Ordinance No. 182816 says, “The General Manager is hereby authorized and empowered to adopt such rules and regulation reasonably necessary to carry out the purposes of this Article…”

The wording of the ordinance endows Ms. Barnette with the expertise of a building inspector and animal-health expert—which is alarming based upon the fact that she didn’t realize a kennel permit is required for housing more than three adult dogs/cats overnight in a pet shop and considering her many questionable decisions and programs since becoming LAAS GM. (See links to articles below.)

She also has no one on her staff professionally qualified to evaluate the serious health/safety/noise situations that will arise by putting an unlimited number of adult dogs of unknown history in a storefront not structurally designed as a “kennel.”

WHO BENEFITS FROM THE C.U.P. BYPASS?

The Minutes of the Oct.23, 2012, LA Animal Services Commission meeting state, “General Manager Barnette reported that this is…to clean-up the pet shop ordinance.” The goal was to make it easier for pet store owners affected by the puppy/kitten sales ban to maintain adult shelter pets for sale. But, according to Ms. Barnette’s pubic statements since then, NO pet store has asked for a kennel permit or shelter animals.

Found Animals Foundation is a multi-million-dollar organization, headed by Gary Michelson, who was credited in the Los Angeles Times on January 13, 2014, for his generous gift to USC. “$50-million Gift Helps Fund USC Bioscience Building.”

So, it seems a $10,000 CUP process would not be unduly burdensome to the Found Animals organization.

The only other organization which has spoken in support of the changed zoning is Best Friends Animal Society, which in 2011 had an income of around $50 million, leases the $19 million Northeast Valley Animal Care Center for $1 per year and is the employer of Brenda Barnette’s daughter, Mary Alice Davis.

SHOULD YOU CARE ABOUT THIS IF YOU DON’T LIVE/WORK IN LA?

If unconscionable corruption happened in Bell because of a lack of transparency, and if Los Angeles can destroy business/property rights and values like a thief in the night under the guise of “saving animals’ lives,” far worse things can happen to unsuspecting business/property owners anywhere -- and it may be happening now, wherever you are!

This is not really an issue of pet shops and shelter animals, it is the act of the city being able to abuse its discretionary power (change the zoning code without public notice/hearing) to create a “categorical exemption” for any special-interest group.

It is especially troubling that no Councilmember questioned Committee Chair Paul Koretz about this citywide issue at either the committee or Council meeting. The only comment made before a unanimous “aye” vote at the Personnel and Animal Welfare Committee meeting on November 19, was by Councilman Mitch O’Farrell who said, “It is good for the cause!”

(Phyllis M. Daugherty is a contributing writer to opposingviews.com, where this viewpoint first appeared.)