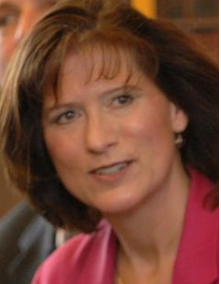 JUDGING THE JUDGES-Now that Senate Democrats have deployed the so-called nuclear option and many of the president’s judicial nominations finally will move forward, the question arises: From a progressive perspective, who is the worst sitting federal judge in America today?

To some, the answer may seem a no-brainer. The worst judge has to be one whose last name is Scalia, Thomas or Alito—the three jurisprudential horsemen of the right-wing apocalypse unfolding term by term at the Supreme Court.

To others, the search for the worst may extend beyond the nation’s highest tribunal to the lower rungs of the national judiciary.

Perhaps the worst is Judge Priscilla Owen of the 5th U.S. Circuit Court of Appeals, who specialized in representing oil and gas industry interests as an attorney in Houston and was appointed to the federal bench by George W. Bush in 2001. Owens authored the recent 5th Circuit opinion overturning a lower court ban on a provision of the new omnibus Texas abortion law that requires doctors performing the procedure to have admitting privileges at a local hospital.

Or perhaps the search should range even more widely and focus on federal District Court trial judges, such as Loretta A. Preska, the New York-based jurist who recently sentenced Anonymous-affiliated activist Jeremy Hammond to a 10-year prison term, possibly the harshest penalty ever imposed for the offense of computer hacking.

All of the above would be excellent choices. My nominee, however, is Judge Diane S. Sykes, who sits on the 7th Circuit, which covers the states of Illinois, Indiana and Wisconsin, and is headquartered in Chicago.

In a 154-page split 2-1 decision handed down Nov. 8, Sykes authored the majority opinion in which she invoked the doctrine of corporate personhood—which she characterized as being “reinvigorated” by the Supreme Court’s Citizens United decision on campaign finance law—to invalidate the contraception mandate of Obamacare. How she managed to do so was nothing short of an exercise in judicial fantasy rivaling the most unhinged of Antonin Scalia’s rants against gay marriage, albeit without his flare for vitriol.

The Obamacare case came before Sykes as a consolidated appeal involving separate complaints filed against Health and Human Services Secretary Kathleen Sebelius by an Illinois construction company with 90 full-time employees and an Indiana manufacturer of safety and lighting systems operating both in this country and abroad with 464 full-time U.S. employees. The Catholic owners of both closely held businesses argued that Obamacare’s mandate requiring inclusion of contraception benefits in their employee health care plans violated both the individual owners’ and the companies’ constitutional and statutory rights to the free exercise of religion.

Despite the fact that both businesses engaged in for-profit activity, Sykes concluded, citing Citizens United, that the term “person” includes corporations and as such, the businesses were “persons” whose religious rights not to practice or promote birth control were protected under the Constitution and an obscure piece of legislation—the Religious Freedom Restoration Act of 1993, a Clinton-era statute designed to protect religious liberty. Never mind that nothing about Obamacare forces anyone to practice birth control. Still, under Sykes’ ruling, if the employees of either company wanted contraception services, they had better look elsewhere.

In a pointed dissent, Judge Ilana Rovner wrote that Sykes’ opinion represented “an unprecedented and unwarranted re-conception of … what the free exercise of religion entails,” transferring “a highly personal right to a secular corporation” via “a man-made legal fiction.”

If the Obamacare ruling had been Judge Sykes’ first foray through the right-wing judicial looking glass she would hardly have made the final cut in the contest for the nation’s worst judge. But the Obamacare case is only one of many.

A Bush appointee to the 7th Circuit, the 56-year-old Sykes is the former spouse of Milwaukee right-wing radio personality Charlie Sykes and a prominent member of the Federalist Society. As a state judge in Milwaukee County, she presided over a 1993 case in which two protesters with long rap sheets were found guilty of blocking access to a reproductive health facility. Compelled by law to impose brief jail terms, Sykes went out of her way during sentencing to praise the defendants for having “the courage of [their] convictions and for the ultimate [anti-abortion] goals” they sought to further.

After being elevated to the Wisconsin Supreme Court, Sykes wrote a dissenting opinion in 2000, contending that the state had no duty to provide an adequate public school education for its students. Three years later, she urged in another dissent that a criminal conviction be upheld even though one of the jurors on the case spoke no English.

It was for good reason, then, that Sykes’ nomination to the 7th Circuit was opposed not only by the National Abortion Federation but also by the National Council of Jewish Women, which complained that Sykes had amassed a “judicial record … heavily influenced by her personal views.”

Sykes has remained true to form since arriving on the 7th Circuit after being confirmed by the Senate on a 70-27 vote, penning a 2007 majority opinion that compelled the Southern Illinois University’s School of Law to confer official student body recognition of a Christian legal society that had refused to admit anyone to a leadership position who openly engaged in fornication or homosexuality (the university had claimed the group’s rules violated its anti-discrimination policies). In 2011, she authored another majority ruling, holding that firing ranges are protected under the Second Amendment and that Chicago had run afoul of the amendment in banning them within city limits.

But it is the Obamacare ruling that has vaulted Sykes into the national spotlight and, hence, prompted her consideration for the prize of worst judge. The Supreme Court is currently considering whether to review three lower federal court cases on the contraception mandate. Sykes’ opinion will likely join the review.

The Obamacare ruling has also sparked Republican interest in Sykes as a possible future high court justice. In a Washington, D.C., news conference Nov. 15, Wisconsin Gov. Scott Walker, eyeing his party’s 2016 presidential nomination, suggested that if elected, he’d be inclined to appoint Sykes, who was in the audience at the time.

A day before Walker’s conference Sykes was also on view at the Federalist Society’s annual $200 per person, black tie National Lawyers Convention held in a swanky Washington hotel ballroom.

During the festivities, she took to the stage for a rare one-on-one, 45-minute interview with none other than the normally silent Clarence Thomas for a folksy discussion of Thomas’ career. The joint appearance drew charges of ethical violations from liberal groups, which alleged that the two judges used the prestige of their offices to sell tickets to the event.

It is altogether possible that in the next few years, with a GOP victory in 2016 and the ultimate retirement of 80-year-old liberal stalwart Justice Ruth Bader Ginsburg, Sykes will be sitting next to Thomas on the bench of the Supreme Court. That’s a scary thought indeed—one that underscores my choice of Diane Sykes for the title of the country’s worst judge.

(Bill Blum is a former administrative law judge and death penalty defense attorney. He is the author of three legal thrillers published by Penguin/Putnam and a contributing writer for California Lawyer Magazine. His non-fiction work has appeared in a wide variety of publications, ranging from The Nation and The Progressive to the Los Angeles Times, the LA Weekly and Los Angeles Magazine. This piece was posted first at Truthdig.com … home to other important writers: Robert Scheer, Amy Goodman, Bill Boyarsky.)