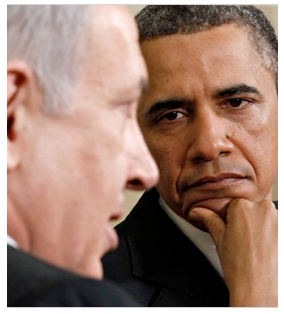 PERSPECTIVE-The deal that was struck in Geneva between Iran and the P5+ 1 (the US, Russia, Britain, France, China and Germany) represents an important first step in curbing Iran’s nuclear program. Regardless of the multiple flaws it contains, it offers a chance to end Iran’s nuclear impasse peacefully. I have maintained all along that unless the US and Iran engage in direct negotiations, no agreement can be achieved. The fact that the US and Iran have conducted secret negotiations for more than six months has contributed appreciably to reaching this interim deal.

Unfortunately, however, the Obama administration and Israel see the deal from entirely different perspectives. To exemplify the stark differences between the two, brief quotes from President Obama, Secretary of State John Kerry and Prime Minister Netanyahu say it all.

President Obama said that “diplomacy opened up a new path toward a world that is more secure – a future in which we can verify that Iran’s nuclear program is peaceful and that it cannot build a nuclear weapon.”

On CNN’s “State of the Union” program, Kerry said: “From this day, for the next six months, Israel is in fact safer than it was. We’re now going to expand the time by which they [Iran] can break out, rather than narrow it.”

“It is a bad agreement,” he said, “because of what it symbolizes. It means Iran is getting an acceptance, a signature that it’s a legitimate country.” Even worse, the deal amounts to an “acceptance of Iran as a nuclear threshold state.” Moreover, it leaves Iran’s nuclear capabilities largely intact without air-tight controls to prevent it from clandestinely pursuing enrichment.

Whereas the US sees significant advantages in the concessions that Iran made, Israel and a majority of the Arab states look at these concessions with tremendous skepticism.

Israel sees Iran as the mortal enemy because Israel is the only country that top Iranian officials have time and again characterized as illegitimate, insisting it should be wiped from the face of the earth. Even as negotiations were underway, Iran’s supreme leader Ayatollah Khamenei labeled Israel a criminal state and a “rabid dog.”

Israel felt indignant that the Obama administration’s reaction to Khamenei’s outrageous statement was lukewarm at best and refrained from condemning it publicly, fearing it would complicate the negotiations, which added to Israel’s deep reservations.

Netanyahu has serious doubts about Obama’s resolve to prevent Iran from acquiring nuclear weapons now or in any future agreement. He feels that Obama is simply too eager to make a deal with Tehran, first, to improve his low ratings at home because of the Affordable Care Act debacle, and second because of his diminishing credibility abroad, resulting from his vacillation and inaction in Syria that allows Assad to continue the slaughter of innocent people.

Netanyahu insists that the rollback of Iran’s nuclear program will, at best, slow it for only a few months. Tehran can resume it at will and, in any case, Ayatollah Khamenei will never close the door on the option to develop nuclear weapons.

Moreover, Netanyahu claims that the deal gives a false sense of security and that the US should have taken a harder line against Iran’s insistence on enriching uranium on its soil, which is, from his perspective, the central point over which the US should have never wavered.

Finally, Netanyahu strongly feels that this interim agreement will push other Middle Eastern states to seek a nuclear weapon, which will contribute to the proliferation of weapons of mass destruction rather than containing them.

Put together, the deal has deepened the gulf between Netanyahu and Obama and may well harden Netanyahu’s position on the Israeli-Palestinian negotiations and further frustrate the US’ efforts to advance the peace process.

Obama’s position from the outset was that Iran can pursue a peaceful nuclear program as long as it does not seek the development of nuclear weapons. This deal, from his viewpoint, achieves just that as long as it is followed by a comprehensive agreement that will prevent Tehran from advancing its nuclear weapons program.

Moreover, this interim deal may offer new opportunities to develop a new strategy in the Middle East that could bring an end to Syria’s civil war and stabilize Afghanistan, where Iran can play an important role.

In addition, the deal will provide the US six months to pursue a more comprehensive accord, hoping to prevent the use of military force, which Obama has been averse to all along.

For obvious reasons, Netanyahu and Obama survey the deal from their own vantage point.

Although the deal requires Iran to halt enrichment of uranium above 5%, Tehran interprets that as the most significant concession that it has exacted from the US because the deal enshrines Iran’s “right” to enrich uranium now and in any future agreement.

While Iran agreed not to install a new generation of centrifuges, it is allowed to continue to enrich uranium with the existing ones (18,000) intact, providing it the opportunity to cheat, as it has for more than a decade.

Whereas the deal stipulates that Iran neutralize its stockpile of 20% enriched uranium, it gives Tehran the choice to convert it to 5% or dilute it to oxide (less likely to be readily used), rather than ship it to a third country.

While suspending the work on the heavy water Arak reactor that can potentially produce plutonium useable for nuclear weapons is held as a major achievement, Iran agreed only to stop further development of the facilities rather than dismantle it altogether, leaving Iran able to resume its development at any time.

Finally, despite Iran’s assurances to address UN concerns including the Parchin military site, it did not agree on the intrusive inspection regime that the International Atomic and Energy Agency requires to ensure that Iran’s program is peaceful.

To be sure, Netanyahu sees the deal as bad because it relies heavily on Iranian goodwill; he is adamant that Israel cannot gamble on Iran’s goodwill and the unfounded prospect that Iran will eventually abandon its nuclear ambitions in favor of lifting the sanctions.

Furthermore, Israel is extremely concerned about Iran’s unwavering support of terrorist groups along with Hamas and Hezbollah, who are committed to Israel’s destruction. For these reasons, Netanyahu bluntly said that “Israel is not bound by the agreement” and has the right to “defend itself by itself.”

That said, Netanyahu knows that he can do little to openly sabotage the deal as long as it remains in place and progress is being made. He also knows that he must go along with the US and find a way to climb down in an effort to limit the schism with the US.

To take any military action before the six month interim period expires, Netanyahu will have to produce indisputably hard evidence that Iran is cheating and is at the threshold of assembling nuclear weapons, and present it to the US and its European allies.

I believe that not only Netanyahu but any Israeli prime minister will use force against Iran if he or she concludes that Iran has reached the “break out” stage and that Obama is unwilling to take military action and instead settles for containment.

President Obama needs to understand that regardless of how committed he is to Israel’s national security, because of a deep sense of historical insecurity no Israeli prime minister will take the Iranian threat lightly and place Israel’s ultimate national security even in the hands of its closest ally.

Netanyahu, on the other hand, must be fully cognizant of America’s global responsibility and its obligations to find peaceful solutions to any conflict whenever possible before resorting to the use of force. He must give the president the space he needs to explore any possibility to end Iran’s nuclear conflict peacefully.

Regardless of the present discord between Netanyahu and Obama, the two leaders must begin to cultivate anew mutual trust and develop a much closer working relationship on Iran’s portfolio.

There must be no daylight between the two because the stakes are too high and mistakes and miscalculations would have calamitous consequences.

(Dr. Alon Ben-Meir is a professor of international relations at the Center for Global Affairs at NYU. He teaches courses on international negotiation and Middle Eastern studies. He can be reached at:
alon@alonben-meir.com.   This column was made available to CityWatch by:  alonben-meir.com)