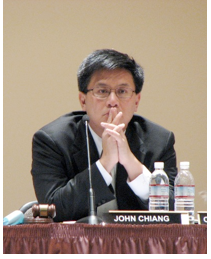 INSIDE INGLEWOOD-It’s no trick: the Department of Finance (DoF) is presently reviewing the recently submitted Due Diligence Report (DDR) that the City of Inglewood submitted nearly 11 months after the deadline.

With the recent developments in City of Cerritos and the looming shadow of CA AB 1484, cities with former redevelopment agencies are in for no treats if their asset transfers are declared “unallowable.”

According to California City News, “It is feared that under AB 1484, the Department of Finance will have too much power to withhold sales and property tax revenues from cities if it decides that not enough has been returned to state coffers. In addition, the DoF would be able to impose $10,000 per day fines.”

And according to CaliforniaCityNews.org (which reprinted a story by Alex Matthews as an exclusive special report from Capitol Weekly), "Jacob Roper, a spokesperson for state Controller John Chiang, said the controller began the reviews last year to determine what transfers of redevelopment assets were allowable and unallowable."

The CaliforniaCityNews.org also stated that "According to Roper…the Controller has only completed 88 of the 402 redevelopment agencies it must review."

Last month, the DoF’s findings prompted CA State Controller John Chiang to declare that Cerritos stands to lose $170 million because of “unallowable transfers” that its mayor and council members allowed. A key detail was that the oversight committee to the successor agency—which was formed to help resolve the dissolved Redevelopment Agency’s finances—was chaired by the mayor.

While the oversight committee and city council may make transfers, such as the $18 million dollar loan of taxpayer funds to a 501(c)(3) non-profit entity that is also a religious organization, it is the DoF that decides if the transfers are allowable. The state controller determines fines for unallowable transfers. And it is stakeholders and taxpayers who are on the hook when “unallowable” transfers are made.

For Inglewood taxpayers, that could amount to nearly a billion dollars.

The $18 million loan made to Central Faithful Baptist Church for the sale of the Forum is just the tip of the iceberg. According to a number of audits that have been generated in the last three years as well as a list of properties that the city is preparing to offer the DoF should there be transfers deemed “unallowable,” $750 million may be offered in properties’ rents—income which could have helped swell Inglewood’s general and other funds. Also of note are the properties along 102nd Street which had previously been marked for a significant development that could have generated millions in property tax and up to 7,000 permanent jobs. Instead of moving ahead with a massive project that would have benefited the community, the property was instead leased to Madison Square Garden as a parking lot—a “project” that will generate zero property tax and a handful of part-time jobs.

The soured development deal on 102nd Street is stated by insiders to have reached a degree that could trigger a massive lawsuit, further depleting city funds.

In letters from late 2012 and January 2013, the DoF has ruled on a number of other transfers that it contends are "unallowable."

One of the letters from the DoF dated January 17, 2013 states "[the City of Inglewood as Successor Agency] contends the transfer of cash was used to pay the Agency's obligations. Accounting records and DDR auditor statements illustrates $24,195,793 of the transferred cash paid for [a number of] 2011 Agency expenditures." At present the DoF and the Agency are in litigation regarding the contended $24 million amount.

In summary, the same letter states that "In addition to the consequences above, willful failure to return assets that were deemed an unallowable transfer or failure to remit the funds identified above could expose certain individuals to criminal penalties under existing law."

(Randall Fleming is a veteran journalist and magazine publisher. He has worked at and for the New York Post, the Brooklyn Spectator and the Los Feliz Ledger. He is currently editor-in-chief at the Morningside Park Chronicle, a monthly newspaper based in Inglewood, CA and on-line at www.MorningsideParkChronicle.com. Views expressed and/or conclusions reached by Mr. Fleming are his and do not necessarily reflect those of CityWatch.) Graphic credit: LA Curbed.