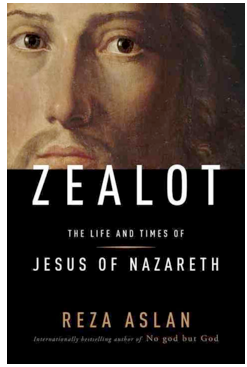 RELIGION AND POLITICS - An early disclaimer:  I am quite cognizant of the fact that there are growing groups of Christians who truly seek to follow in Jesus’ path of sympathy and empathy for the less fortunate, and I commend them for that, but those are not the ones this article is addressing.

Jesus was an inspired Galilean peasant with a challenging and profound message, but too many Christians today seem to have forgotten what that message is.  They ask, “What would Jesus do?” but don’t really want the answer.  They often distort Jesus’ teachings, preferring a narrower interpretation which justifies their anti-social beliefs—their lack of support for social and economic let alone theological justice—a safety net for the poor, a health care system for the ill, a pathway to wholeness for the undocumented immigrant.

Jesus was Jewish.  So am I!  I was always the only Jewish student at all the many schools I attended.  And yet, when I look back on it, it never ever occurred to me to want to be anything other than Jewish.  There seems to be almost a mystic link to the past and a connection with others who share that heritage.  You can walk into a room of strangers and be drawn to the only other person who happens to be Jewish too.

In those schools, I was often subject to anti-Semitic attacks, all too frequently the object of abuse from Christian classmates.  Children called me names or made slurs:  “You dirty Jew,” “Don’t Jew us down,”  “You filthy kike,” “You Christ killer!”   I even found swastikas on campaign posters for all to see.  It was horrifying but I tried to internalize my anger and resentment.  However, it was the “Christ killer” slur and the message that I could only go to heaven if I believed in Christ that stimulated my interest, almost obsession, in historical religious studies.

I have a particular fascination in the study of Christianity.  As I grew up, I remember watching the Christmas and Easter stories on television—I knew them by heart.  Occasionally there were theatre movies—I loved them too.

Gradually, however, I began to question presentation and discrepancies.  I wanted to learn more historical context and influences.  I read book after book and did my own research and took classes as well.  I saw that organized religions had veered away from their mission and were becoming separated from message and intent.  The “faithful” were picking and choosing only what they needed to prove “their” perspectives—ignoring the truths that were right in front of them if only they would look and listen.  I believed, if only the “religious” had a truer understanding of what Jesus was preaching and why, there would be far less acrimony and divisiveness and hate in the world and far more agape (genuine love)—love for love, love of God, God’s love for us, our love for humankind in all its shapes and forms, love for each other.

Recently, I finished reading the outstanding book by Reza Aslan, Zealot, the Life and Times of Jesus of Nazareth—a controversial study in its own right.  I was riveted.  It is objective and intense—reading like a novel and, at the same time, filled with insight.   I surprised myself as I was reaching the end of the book—I became increasingly sad and felt a sense of futility.  Jesus and his brother, James—wonderful yet misunderstood—their message today often diluted and diverging from what Jesus taught, lost in agendas that have little to do with their religious views.

Jesus was a Jew (first and foremost) and was vehemently opposed to Roman rule (his words couched in parables to protect himself and his apostles and disciples).  He demanded adherence to Mosaic law.  He did not want to create a new religion!  His message was inclusive and genuine:  love each other; treat others as you would want to be treated; care for the least among us--for the poor, the ill, the indigent.  Heaven could not be bought or attained through faith alone but could only be achieved through deeds—a very Jewish tradition.  Take care of the least of us and you honor me.

Don’t make people demean themselves by pleading for a hand –out—allow them dignity.  The Holy Scriptures say, Don’t harvest the corners of the fields because they are for the downtrodden, the hopeless, the hungry.  The corners are for the poor who would not and should not have to beg , who can freely eat from those pastures in order to assuage their hunger.  Charity with dignity.

Brother James was Jesus’ greatest, most ardent and devoted disciple.  He became the unquestioned leader of the Jewish Mother Assembly in Jerusalem.  He spread Jesus’ message of love and humility and performing good deeds—thinking and caring for others before self.

On the other hand, the Pharisee Saul, who became Paul on the road to Damascus, never looked kindly on the Jewish community.  He wanted to form a new religion—separating from Judaism—one more in keeping with Roman pagan concepts.  He words were contentious, riddled with discord and disrespect, acrimonious.

“Son of God” according to Jewish tradition is a royal title (Jesus refers to himself as “Son of Man.”  The Romans accused Jesus , however , of being King of the Jews (he did arrive in Jerusalem, after all, on a royal donkey before which were laid palm branches, the way a David would enter the city).

He was crucified as anyone accused of sedition would be.  Romans loved to humiliate, torture, and nail to a cross any political rebel.  Their victims were placed along the road to Jerusalem and on Golgotha as reminders to the potentially rebellious what would happen to them if they tried to organize a revolt.

Paul, however, was not interested in Jesus’ message—only his own.  Jesus wanted to reform his ancestral religion from within.  Paul wanted to found a new religion based alone on belief in the divinity of Jesus.

Paul was more interested in proselytizing Diaspora Jews who related more to Greek and Roman  culture and language than to their own.  They questioned Jewish scriptural interpretation and ritual and thought more like Romans.  How much easier it was to fit into Roman society if you thought like them and told yourselves that difficult traditions like circumcision and restrictive dietary laws no longer applied, especially since Romans had not adopted these practices for themselves.  Therefore, Diaspora Jews were more susceptible to Paul’s message than to James’ more demanding one (even though, as a concession, James said that gentile converts would not have to be circumcised first).

So, today, what do we have?  A history of religious tyranny and persecution (like the Spanish Inquisition), discrimination, prejudice, bigotry, intolerance, exclusivity.  How many wars?!

The Crusades, the Holocausts of Armenians and Jews, for example.  The use of the New Testament Bible as a defense for inflicting pain and suffering and turning our backs on others.  Social Darwinism and the Gospel of Wealth that preached their own interpretation of religion:  One only prospers when God looks favorably upon us; thus those who suffer do so because God has turned his face, thereby giving people permission not to help the less fortunate—the poor, the lonely, the depressed, the disenfranchised, the dispossessed.

If only Paul had chosen another path—one that was less self-serving.  If only Constantine, the first Christian Roman Emperor, had supported the theology of Jesus and James for inclusion in the Nicene Creed.  If only Jerusalem had not been completely destroyed, including the Second Temple that would never be rebuilt again.  If only every Jew in the Holy City had not been annihilated or driven out.  If only, if only … the world might be a better, more wholesome place.

Jesus was a nationalist.  He wanted to rebuild the community.  He wanted us to adhere to the Jewish message.  It is not too late to return to the original and only message of Jesus:  Let us love one another (every other) as ourselves.  I don’t think it would be too presumptuous to say that Jesus (and his Father and our Patriarchs) would be joyful if we did this in his name.

And, finally, let us remember why “Jesus wept.”